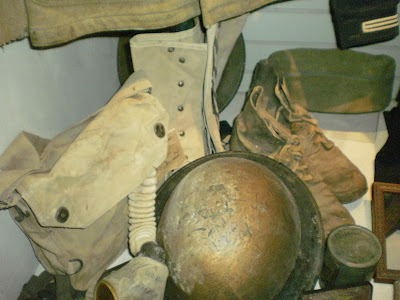 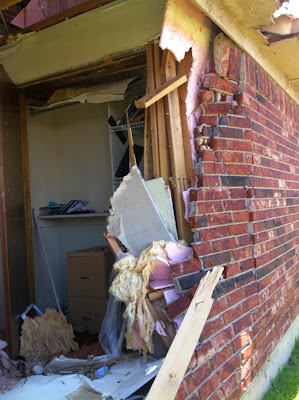 Corey used his crowbar to knock loose bricks and clear his path. The police hadn’t told him what had torn through his grandparents’ house, only that neither had been hurt (they were at his mother’s now) and that they had gathered all the evidence they needed.

Decades after his last visit, his grandmother’s hand was still evident in the doilies, the cushions, the glass ashtrays that he found around every corner. More subtle was his grandfather’s contribution to their home. He had facilitated the slow accumulation of pretty things with each paycheck, but few reflected him.

Corey stopped at a closet with the door hanging askew. He tried to remember hiding in it while his cousins seeked or curling up for somewhere quiet to sleep while the adults played bridge and drank whiskey. Neither came to mind, and as he pulled away the broken door, he knew he would remember this closet.

“Grandpa.” Canvas and tin were nestled safely inside, waiting to go on another expedition.