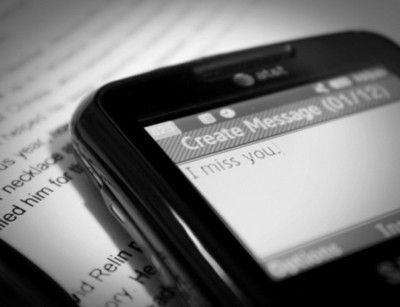 Anton set his bag down in the dimly-lit hallway and fumbled for his keys. The flight had been interminably long and the complimentary drinks all too easily obtained. He knew he shouldn’t have indulged himself so heavily, but he was on the cusp of achieving what he had dreamt of for years and so a bit of liquid celebration had seemed called for. He only hoped Sheila would be more inclined to focus on his news than on his inebriation. She could be funny that way.

Finally focusing his attention on the pesky keyhole, he let himself into her apartment. Closing the door behind him, he thought something was odd but shrugged it off as a combination of fatigue and airline scotch. But walking down the short hallway to the apartment proper, he knew something was, most definitely, wrong. The small watercolor of Battery Park he’d given her for her birthday was missing from its spot on the wall. He frowned, realizing the crystal candle sconces that had been her mother’s were absent from the hallway as well. Had she been robbed? If so, then what strange things to take.

Emerging into the main living area of the apartment, his jaw dropped as did his travel bag. The place had been stripped down to the floorboards. Other than some discarded cardboard holders from packing tape, some loose newspaper and an errant box, every single item in the apartment was gone. My God, he thought to himself, she did it…she really, really honest-to-fuck did it!

As apartments went on the lower East Side, hers was not an especially large one, but it still took him a few minutes of going room to room to confirm, indeed, all of her things were gone. The last room he came to was the spare bedroom she’d dubbed his “gallery away from home”. She’d been at him for the last two years to just break down and move in with her but he’d always balked. He kept a drafty old loft down by the Hudson where he’d lived since his college days. It wasn’t a comfortable or a lavish place but it suited his needs. It had a wonderful view for when he felt the need to paint cityscapes and, more importantly, it offered solitude and a pleasing lack of distractions. Other than a small bookshelf stereo he had none of the electronic doodads that robbed one’s focus. He could lose himself in his scotch and his work and he could simply…create. It was a tribute to solitude he was unwilling to abandon.

Standing before the door, he found himself reluctant to open it. He’d had some canvases and some finished works there, nothing irreplaceable and hardly masterpieces, but he could not bear the thought she might have either discarded or destroyed them. He believed he understood her well enough to hope she would not sink to that. Steeling his resolve, he finally turned the knob and pushed the door open.

He looked into the room and saw what almost seemed to be a staged tableau entirely for his benefit. In the far corner his battered easel stood. Stacked about it and on it were a half dozen of his paintings and an assortment of blank canvases. A small side table held a neat arrangement of brushes, a palette knife, tubes and jars of paints and various other supplies. His eyes were drawn back to the easel where he noticed a squat bottle. It was scotch…his appraising eyes noting it was the good stuff, expensive enough he seldom indulged himself with it.

On the opposite side of the room were a single wooden chair and the companion pair of the two side tables. On this table, Anton saw a book he immediately recognized. It was the first-edition collection of the works of the Bronte’s he’d given Sheila that Christmas. He had searched all over the city for it and spent more than he was comfortable with on it but he knew how much it would mean to her. It did not, apparently, mean enough to be taken along. Atop the book was a small crème-colored envelope. Beside these items was a Wexford tumbler. Ah Sheila, she knew him too well.

Retrieving the bottle of scotch, he poured a generous amount into the tumbler and knocked it back. Refilling it with a more modest quantity, he opened the envelope and removed the folded sheets from within. He steadied his hands with another drink before beginning to read.

My Dearest,
In the five years we have been together, I have always known your three greatest passions were your art, your scotch and me. I had always hoped to, in time, earn a position higher than third of those passions but I know now that is never destined to be. I have always admired your single-minded determination to garner the acclaim you feel you so rightly deserve for your work. I do not mean to say such acclaim would be either undeserved or unearned.

What I cannot live with is your determination to have that acclaim at the cost of all else. I have long known how ardent you were to return to Paris and all of its attendant opportunities for you. I sat listening to you regale me on many a night of its wonders when all I truly wanted, at that moment, was to be held by you, to melt in to you, to become one with you in the way you are one with your art. It has taken me some time, far more than it should have, to see beyond that dream.

You told me of the offer you’d received from Jean Pierre. You told me of the new gallery, the lodgings, and the stipend; of the unfettered opportunity to not only create but to have a ready showcase for your works in the heart of the Paris Artists’ Enclave. You told me of all of these things with such fervor in your voice. Yes, my love, you told me and I listened. Sadly, it seems you were not listening when, at length, you grew tired of speaking and I had my turn.

I told you my career, my work, my life were here and not in Paris. I begged you to stay with me, to make a life here we both could share. I admit I knew such was unfair and so I begged you to give me time to work things out so I could still retain some of what was me when we flew away to your new world. I begged you for just three months to give me time to completely uproot all I had and all I knew to follow you and your dreams. Did you listen, my love? I think not.

I warned you if you flew away to begin making the arrangements I would not, could not be here when you returned. I warned you this was a path that, once taken, would not be one you could ever come back from. I warned you taking that flight would be dooming what we had to fail and the burden of blame would fall squarely on you for all of the rest of our lives. I warned you, Anton. Did you listen? I think not.

I leave you this note in the hope that, as years go by, you are drawn to read it again and again and perhaps, eventually, come to realize what you sacrificed in your quest for fame. I leave you the book, though I did love it, with a bookmark placed upon a particular page of Wuthering Heights. I pray the future be kind to you and you never become the sad, pathetic Heathcliff forever hearing the voice of his Cathy from the windswept moors. I pray you shall someday come to understand the full meaning of the passage: ‘I have not broken your heart – you have broken it; and in breaking it, you have broken mine.’ That is most surely and most unfortunately the only truth left to us. Be well, Anton. Go forth and make your mark upon this world and I shall do as I must for that to be possible.

He sat for a very long time staring at the letter. He continued drinking the fine scotch, staring at but not really reading the book. At length, the scotch was nearly gone and he’d conceived and discarded a dozen plans to win her back. He reached into his pocket, retrieved his phone and typed a simple three word text: I miss you. He did not hit send but neither did he erase it…at first.

Tossing back the last of the bottle though, he did take the phone and cleared the screen with a swipe of his thumb. He got up from the chair and walked out of the room. His paintings, his easel, even the note and the book were all left behind. He left the door to the apartment open, not caring in the least. The things within, like its former occupant, were no longer a part of his world and thus of no concern. Riding the elevator down, he glanced at his watch; wondering how difficult it might be to get a taxi at this hour. He needed to get back to his loft and catch a bit of sleep before he began packing for the trip back to Paris.