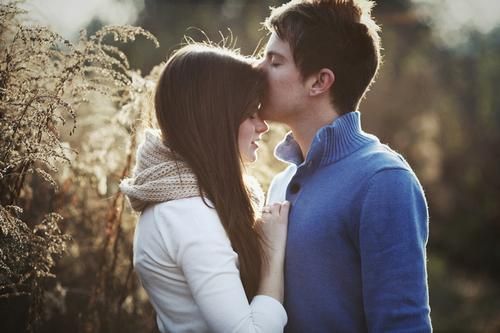 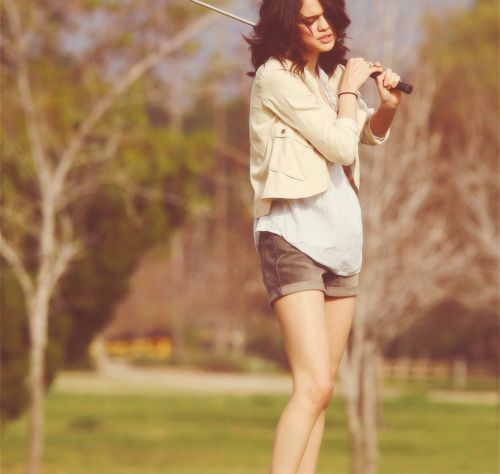 She really hated golf. Her lack of ability probably had a lot to do with it. No matter how hard she tried, Elena couldn’t get her stupid, little ball farther than a few feet down the green. This would’ve been fine had she and Richard been playing mini-golf but they weren’t.

She was being tortured at Richard’s favorite golf range, where, of course, he had a membership. And Richard, the self-proclaimed golf pro, was adamant that she would learn to golf even if it killed her.

Elena wasn’t so sure.

They were there for the upteenth time that summer, and Elena had to fight the urge to roll her eyes every time Richard tried to explain his winning technique to her yet again.

“Come on, Elena, it’s not that hard.” Richard sighed, his exasperation with her starting to come out.

He wasn’t nearly as irritated as she was. She huffed and fought the urge to throw her golf club to the ground. “Clearly, it must be if I am still having difficulty. Face it, Richard, I suck at golf. What’s the big deal if I can’t golf anyway?”

Richard put his hands on his hips and forced a smile on his face. “Elena, sweetheart, I’ve explained this to you before. Deals and promotions are made on the green. The guys at the firm and all of their wives play, and play well. If we don’t impress them with our playing, then I won’t get the promotion and ... and they will think I’m a fool if you don’t play well.” Richard took a steadying breath and tried to keep his smile on his face. “All you have to do is hit that tiny, little ball across the green. Just swing and hit.”

Elena gritted her teeth at his condensation and swung her club. Instead of a resounding thwack, all she heard was the slight whistle of her club moving through the air. When she looked down, her pristine white Titleist golf ball laid in the neatly manicured grass on its tee, mocking her.

Richard stomped off to their golf cart, swearing under his breath. Elena wanted to pick up the ball and throw it at his head. When he turned around to face her again, his expression wasn’t nearly as kind as it had before. She wished she had thrown the ball at him.

“Elena, I swear to God, are you doing this on purpose?” he demanded as he strode toward her. “Are you trying to sabotage my career? Do you hate me this much? All I have asked you to do is hit the damn ball. How hard is that? Seriously, explain this to me. You swing the club, you hit the ball. Are you so stupid that you can’t handle the coordination of doing those two things?”

As she blinked back tears, Elena tried very hard to remember the young boy she fell in love with and not the ungrateful son-of-a-bitch before her. He hadn’t always been this way. Once upon a time, he was sweet, affectionate, and attentive. The Richard she knew never would’ve talked to her the way the man before her was. He never would be so condescending and dismissive. She realized she didn’t really know Richard anymore.

“You know what, Richard? I’m done. This is absolutely ridiculous.” Elena pushed past Richard and tossed her golf club onto the cart.

“What do you mean, you’re done?” he demanded as he grabbed her arm. “We still have ten holes to play.”

“Now who is the one being stupid? I mean that I’m done, Richard. I’m done beating myself up trying to learn to play golf. I’m done dealing with your attitude and being talked down to all the time. You’ve changed ever since you started working for the firm and I don’t like what you’ve become. I’m not putting up with it anymore.”

Elena pulled her arm from Richard’s grip and started walking away.

“You can’t leave me, Elena,” Richard said quietly, his fists balled up at his sides.

She stopped and looked at him over her shoulder. “Watch me, Richard. Is that too hard for you to understand?”

Without another word, Elena climbed in their golf cart as he sputtered with indignation. She drove away heading back to the clubhouse and he tried running after her, brandishing his golf club. “You’re just going to leave me here? You stupid bitch!”

If she heard what he said, she paid it no mind and kept going.

Once he reached the clubhouse, Elena was long gone. He panted as he tried to catch his breath, resting his hands on his thighs. Richard noticed that there were several people watching him, snickering as they talked amongst themselves. Several of them were from his office and no doubt would be filling everyone else in about what happened come Monday morning.

His blood boiled over this further embarrassment by his wife. Richard knew that he would be the laughing stock for some time to come. That promotion he had been vieing for was surely out of reach now. Richard angrily grabbed his cell phone and called a taxi to come take him home. He and his dear, sweet wife were in need of a good, long talk.

In the short time it took to reach his home, his anger had not abated. If anything, it had grown. He had plenty of time to go over every second of his humiliation at the golf course and everything Elena had done wrong. She would not shame him like that a second time. He wouldn't allow it. Richard wondered what happened to the sweet, caring girl he once fell in love with.

When he walked through the front door, the house was quiet. Neat and tidy as always, but quiet. Normally Elena had music playing or the television was on.

"Elena?" His voice echoed through the house.

"I'm in your office, dear," Elena called through the house, her voice surprisingly light and pleasant after what had just happened.

"What are doing in my office?" he yelled as he strode quickly towards the back of the house. While he didn’t bar Elena from entering his office, she normally didn't go in there.

"Just doing some cleaning, Rich," she replied sweetly, using a nickname she hadn’t used in a long time.

A wave of panic and apprehension overcame Richard as he walked the last several feet to his office. Something was wrong and Richard had a feeling he wouldn't like it one bit.

As soon as the door swung open, he saw his wife first. She was sitting casually on the sofa that was on the far side of the room. Her face was hidden in the shadows but what was in front of her was not.

In a mangled pile of bronze, wood, and gold were all his precious golf trophies he won over the years. Statuette arms reached out in supplication from the debris, bits of splintered wood and metal littered the floor. They were beyond repair. A few had gotten dinged over the years from being accidentally dropped but this was much different. This was intentional destruction.

Only then did he realize the television was on. The volume was muted but he instantly recognized what was playing. It was his and Elena's wedding video from seven years prior.

"Something I should've done a long time ago." Elena stood and walked into the light from the television screen. In her hand was a driving wedge, his favorite one.

Finally realizing that perhaps he had pushed Elena too far, he backed up a few steps. "Elena, perhaps we can talk about this. If you could just put the wedge down ..."

She swung back with the heavy club and brought it down forcefully on the pile of statues and trophies. Cheap metal and polyresin snapped and crunched as she continued to inflict punishment on her husband's most prized possessions.

"Just like this, swing and hit the ball, right Richard? Just swing and hit, it isn't hard! Am I doing it right now, Richard? Am I?"

"Yes, you're doing just fine, Elena. Perfect form. I couldn't be prouder," he whispered, taking another step away from his wife.

Elena whirled on her husband. "Don't you dare patronize me, you bastard!" She stalked over to him, holding the wedge rigidly in her hand.

Richard backed against the wall as she continued to approach. He had never seen this side of his wife before.

"I hope you enjoyed your golf game today, Richard, because it's likely to be your last for some time." Elena poked Richard in the chest with his wedge. "So what's worse for your image at your office, Richard? A wife who has the audacity to be bad at golf or an ex-wife takes you to the cleaners so the only golf game you can afford is mini-golf?"

Before Richard could formulate an answer, Elena thrust the wedge at him and sneered. "You'll be hearing from my lawyer."

Elena turned on her heel and walked out of the room without looking back. She felt a weight lift off her shoulders that she didn’t realize she had been carrying. As she started her car and backed out the driveway, she cracked a smile and turned the radio on. Richard was no longer her problem and no one would make her play golf ever again.