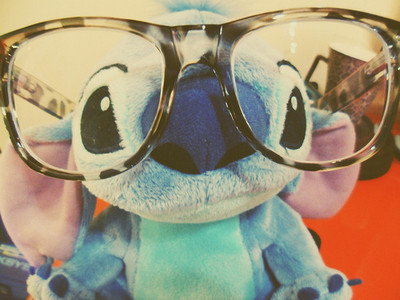 Title: Beauty Above the Truth

This is the truth: the Summer Court of the Fae is beautiful. It is a lush and vibrant garden with soft mosses and grass underfoot and a canopy of blossomed vines and arching branches overhead. The gurgles and babbles of running water and the chatter and chirps of wildlife fill the air almost constantly and a pervasive sense of peace seems to hold the whole kingdom in its thrall. The power of the Summer Court resides at its heart, in a clearing encircled by towering white stone guardians and draped in perpetually dappled light. This is where its noble Fae gather to dance and frolic, this is where the Queen sits on a gleaming pink quartz throne to be seen and admired. With sweetened smiles and practiced glances, the Summer Nobles mingle and mix like an elegant menagerie. There is power in this Court, there is…influence there in spades. With a cry, they raise up new gods, with a whisper, they down empires. One smile, well timed, can inflict madness, a wink incite war. Do you know what the Summer Court is? What it truly is beneath its polished veneer? Do you know what lies and truths it masks behind its well rehearsed smiles and glances? The Summer Court of the Fae is beautiful and, oh, how I loathe it.

I was born and raised in this Court, instilled with its ways from infancy, versed in its deceits from the womb. Once, long ago, my mother had ambition for me, had plans. I was to be her greatest accomplishment, her legacy, her creation. Unfortunately for all concerned, I was a disappointment from my first cry and probably would have been sooner had my mother known the truth of my paternity any earlier than that moment. I really can’t blame her, however; I imagine I would be equally dismayed to learn my son and heir was half moon elf instead of partially divine as I had planned and bartered for. Incidentally, I also imagine that I would have the foresight to ensure there wasn’t already a child conceived before bartering myself into a god’s bed. Oh, and I would not bed every eligible partner that caught my fancy as though I were an incubus in heat while simultaneously planning to play stud to a god. Needless to say my mother’s antics in this matter has spawned more than one cautionary tale, pun intended. More to the point, however, once my decidedly ordinary heritage was revealed, my mother opted to place the blame for my paternity where she felt it belonged – on me. Before I’d drawn my second breath I had been recast in her eyes from masterpiece to mistake and so ended the maternal inclinations of Emer, Queen of the Summer Court.

When I was a child, I was sent to the Winter Court to observe and learn for the whole of each and every February. My cousin, Fionnuala, princess of the Winter Court, would spend every August at the Summer Court for the same purpose. In a rare moment of consensus, the Summer Queen and Winter King chose these months because they are the last full month of each Court’s dominion over the mortal realm and represent a time when the ruling Court’s power is well progressed in its decline. They thought such a measure would protect the heirs while still ensuring that confidence remained the property of the monarch. The Winter King further insisted that each heir be allowed the company of an entourage and escort from their home Court. The first time Fionnuala came to the Summer Court, she came with her stepbrother, Fiachra, her cousin, Donnovan, her uncle, Ruadhrí, five Elite Guards, a handful of Low Fae and a pair of cats. The second time and every time thereafter she had twice as many Guards.

The Winter Court is not like the Summer. Hosted within a temperamental warren, there is a darker edge to Winter, like the sharp side of a blade that cannot help but cut with every glide. Within the warren’s walls, any who claim the protection of the Winter King may gather, regardless of caste, appearance or power, and Lyr encourages and incites a certain breed of frankness I cannot find the words to describe. Truth be told, I actually enjoyed the time I spent at the Winter Court. Less enjoyable was the time Fionnuala spent at the Summer.

The first time I met Fionnuala, she was dressed in a dark green gown with her scarlet hued hair braided in two long pigtails. She was five years old, a pretty little thing, hiding behind her uncle’s leg and clutching tight to her stepbrother’s hand. Her entire visit she kept to her entourage, rarely venturing beyond their company save for one or two conversations at her uncle’s prompting. She was the perfect princess; polite, demure, elegant, graceful. She delighted my mother, charmed the nobles, even enchanted the servants. When she actually deigned to speak, she was never at a loss for words and always knew exactly how to set her expression, pitch her tone, and choose her words to maximum effect. At her own Court, I witnessed her being a child, running wild, her laughter ringing through the warren as she played with her cats, cousin and stepbrother. Away from her father’s protection, Fionnuala reigned herself in and portrayed herself as a sweetheart, her personal take on body armour.

Our exchange of visits stopped the year we turned fifty. Old by mortal standard, perhaps, but barely out of infancy for an immortal. Fittingly, it was a scandal that ended the arrangement and, of course, it occurred within the Summer Court while Fionnuala was in the middle of her visit. It began when one of the Low Fae accompanying her was found dead. The creature – I believe it was some sort of goblin – had been brutally beaten by a group of Summer noblemen. When the thing was found, it was little more than a blob of bone, flesh, blood and breath that pitifully tried to drag itself across the clearing to Fionnuala’s feet. My mother laughed when she noticed, lamenting the sad state of Low Fae who didn’t know their place. Fionnuala ignored her and went to the creature’s side, kneeling down to take it into her lap in comfort. The creature died choking on its own blood in its princess’ arms.

The following night, Fionnuala walked into the Summer Court alone but for her cats. She stood before my mother’s throne her anger an almost palpable force around her. My mother, of course, misunderstood the situation and expressed her pleasure that the Low Fae’s bloodstains had been easily purged from the gardens.

“His name was Orin,” Fionnuala said coldly, “and Orin was mine. Your Fae have taken him from me, Emer, and a debt is owed. I demand it be paid. Now.”

“The Summer Court of the Fae is beautiful,” Fionnuala observed, glancing pointedly about at the vibrant gardens and carefully made up Nobles. “You have much to be proud of, Emer; I doubt very much if the Winter Court could ever claim such beauty.”

Laughter. “It is only because of the monsters your father allows too close to his throne that such beauty is elusive, my dear.”

“Is that how you saw Orin? As a monster?” Fionnuala snorted and began to move, casually circulating through the room like a prowling cat. “Orin was my friend. He was an inventor who would have put Daedalus to shame ten times over. He loved caramel popcorn, hated crowds and was practically phobic about public speaking. What exactly was it about him that made him monstrous? Monsters are the decay and destruction that bask beneath a sunny sky invisible to the eye yet ever encroaching. My friend was a goblin; he was bumpy and lumpy and nowhere near fitting your definition of beauty. Your people beat him beyond what he could ever possibly heal and left him to spend his last pain-filled hours dragging himself to me like a dog. Orin did not deserve that.”

Fionnuala paused just behind Sabin, a son of one of the Lords and my mother’s current lover. A pompous ass if ever there was one, but a work in progress as well; he had potential, that is to say, and if he ever bothered to get around to using it he’d be quite the man. Or else, he would have been.

Fionnuala smiled and met my mother’s gaze over Sabin’s shoulder. “The beauty of the Summer Court is glitter and smiles. The Winter Court, I’m afraid, went another route. Oh, we can do the smiles and glitter just as well as anyone when we need to – I think I’ve proven that – but our strength, our beauty that comes from a different place entirely."

Without hesitation, Fionnuala, princess of the Winter Court of the Fae, punched her fist through Sabin’s back and with a sickening slurp ripped his heart from his chest. Unsurprisingly, Sabin promptly crumpled dead at Fionnuala’s feet. She held the bloody muscle in her hand, inspecting it with mild interest as she watched it beat its last few thumps. “Savagery,” she said casually. “The Winter Court looks to savagery rather than appearances for its beauty, Emer. You might do well to remember that. Consider your debt paid.” She carelessly tossed the heart in the direction of my mother’s throne and smiled. “The Summer Court of the Fae is beautiful, your majesty.”

Fionnuala never returned to the Summer Court after that and I never again visited the Winter.

The Courts of the Fae are majestic clouds drifting in a sunny sky above a cold, harsh truth no one cares to know. As substantial as wisps of condensed air, we parade our images as truth and are careful to conceal our lies, our deceits, our constructs.

And that’s the truth.