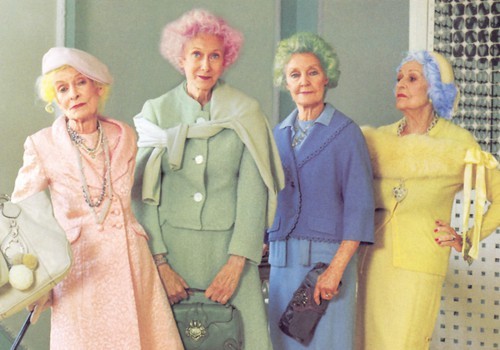 Title: Another When Part Five

In my hotel room, I wracked my brain over who would have been in my office. I wasn’t working on anything special. Nor did I have any enemies that I knew of off the top of my head. I was well-liked in my office and was a hard worker. Sure, not everyone liked me, but that would be the case anywhere. So what could it be? Did someone dislike me that much, did they hate me enough to do something like this?

Not only were they looking for something in my office, but they also killed my wife and framed me for it. Despite all the claims by co-workers, friends, and family that I would never, could never, hurt Margaret, the “evidence” during the trial said otherwise. Could one person have done all of this themselves?

My head swam. I pressed the heels of my hands into my face and wished for Margaret’s calming presence.

After a hard day of work, no matter how busy she had been through her day, she always took a few moments to help me relax. She’d take my coat and briefcase, bring me a drink, and rub my shoulders while we’d talk. She was the best woman, the best wife, the best friend, a man could ask for.

Several of my co-workers would make jokes about how lucky I was, and I knew it. None of them would’ve done this, would they? In a jealous rage? Wouldn’t they just try to get rid of me and worm their way in by ‘comforting’ the widow?

It was mindboggling to try to think like someone like that, capable of murder and deceit. I was an honest person. It just didn’t make sense. How could a person do something like this? Why?

I pulled Margaret’s picture out of my jacket and held it close to my chest. “You always had the answers, Maggie,” I whispered. “I could really use your guidance now.” I had imagined us growing old together, retiring, and moving out to some old farm to live out our days. We’d be that old couple holding hands and kissing on the porch swing with our grandkids and great-grandchildren running around.

As if she could hear me, somewhere in time, I felt the gentlest touch on my shoulder and the smell of her perfume filtered through the air. I reached up to pat her hand and felt nothing. She wasn’t really there. I knew it, deep down, but it was still nice to imagine.

“I’m always with you, Henry”

My hands trembled as I put away Margaret’s picture.

What had she told me that week? There was something that I shrugged off … someone calling or stopping by? My old brain just didn’t remember some of the details like I used to do as a younger man.

I shuffled over to the small desk next to the bed and pulled out my notes from the day before. Methodically, I went through each name on the list crossing through those I trusted implicitly. When I was done, there were just a few names left. Was it really that simple? Could not one of the ones I crossed out be my Judas? How well did I really know these people?

Grabbing a new sheet of paper from the drawer, I rewrote the list and examined it with a more fine-toothed comb. Instead of looking at it from whom I trust implicitly, I went through the list by who had the most to gain with my demise.

Thinking back to that time before and after the trial was murky. I was so full of grief from the loss of Margaret and righteous anger over being held for her murder. The rest of the world seemed to fade away, and being held in jail during was hard to keep up with things.

The world was vastly different when I was released from prison thirty years later. My so-called friends had long washed their hands of me, except for a very close few. What of the ones to dismissed me readily, as soon as I was arrested? And of the ones that refused to speak on my behalf as character witnesses during the trial?

I glanced at the list one more time. Ah, yes, there were two that fit that description. John Lockwood and Roger Clemente. Both men who I had been friends with for years prior, immediately sided against me when the news broke I was arrested. I knew that some would, so it wasn’t unexpected. However, they were also two of the people who declined to speak when my lawyer inquired to my office. Mr. Trujillo had asked everyone in the entire office for people willing to attest to my character. More than John and Roger declined, but they were the only two that openly rejected me after my arrest.

Roger and John were two I had also crossed off of my first list. What did they have against me? Did it have something to do with Margaret?

I needed to go back to my house and search for more clues … before it was too late for Margaret.