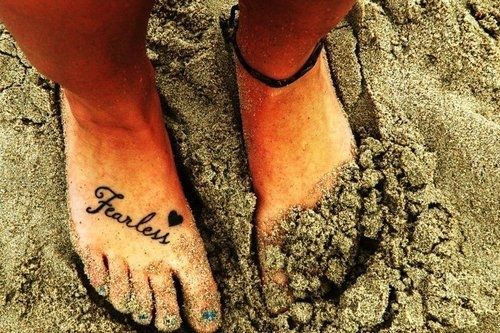 Author’s Note- This is the first installment of what I hope will be an old-school pulp-style serial...

Terry the bartender was a smart guy. He'd been pouring my Jack Daniels and listening to my troubles for a long, long time.

“You ain't had a case in what, six months? And I mean a real case.”

“They're all real cases to somebody, Terry.”

He fixed me with that patented Terry stare.

It had been closer to a year, and I'd spent the best part of that year trying to forget about that last real case.

Terry read my mind. He had a knack for it.

“How long are you gonna torture yourself about it? You've told me the story a hundred times. Those guys had it coming. None of what happened was your fault, Jake. None of it.”

Half of me agreed with him. It was the other half that was causing all the trouble.

“You got something tying you here?” asked Terry. “Besides me and my supply of Jack Daniels?”

But this time was different.

I couldn't tell you why. I was sitting alone in my usual spot at the end of the bar and it just hit me. I paid my tab in full then walked home and waited until I was sober enough to gas it up, point the car, and go.

Terry was right. It was that simple.


Sometime the next day, late, my metallic mint green '74 Oldsmobile Cutlass Supreme and I hit the coast and rumbled into the parking lot of The Sunshade Motel.

It was well after sunset but it hadn't gone full dark yet. The sky was still a little bit red and a little bit blue.

The motel was nothing more than a long strip of rooms arranged in an el along the edges of a patch of asphalt. There were lights on in only a couple of the rooms.

The Sunshade Motel wasn't right on the beach but I could hear the surf from the parking lot and could smell the clean, briny smell of the ocean beneath the greasy smoke coming out of the bar and grill on the next lot.

The office was a tiny, hot chamber tacked onto the side of the motel. I had to hack my way through a rain forest of potted greenery and wicker furniture to get to the desk.

A black woman sat behind the desk. She had steel-gray dreadlocks and an easy smile that softened the severe aspect of her muscular biceps and shoulders.

“You sure you're in the right place?” she asked me.

She narrowed her eyes and nodded.

“Then I'm in the right place.”

She looked at me for a second and then laughed. She had a real nice laugh.

I paid her in cash for a week's stay and then went over to the bar and grill for a burger and a brew.

Beau's Bar & Grill seemed like a nice enough place. It was dark, Buddy Guy was playing in the juke box, and the room had that familiar pungent smell created by the union of spilled beer and cooking meat. The five or six barflies inside were far from hostile but I wasn't much in the mood for making friends so I nodded amiable greetings all around and took my grub to go, along with a couple of six-packs.

The beach was only a couple of blocks away so I headed that way and sat down in the sand to enjoy my repast in the moonlight. I stayed out there listening to the ocean well into the night. There's something about being out on the beach late at night that makes you feel like the last man on earth. I looked out towards the horizon for ships but there were none to be seen. I was alone.

Four hours and one six-pack later I picked myself up and hiked back to my room at the Sunshade.


I rolled out of bed at four in the afternoon.

The sun streamed in through the blinds I'd forgotten to close so I moved around stubbing toes on a table and chairs until my eyes adjusted.

I felt great. My head was clear and my limbs felt light and easy. Sleeping. Who knew?

I felt even better after a quick shower and I almost caught myself whistling as I threw on a pair of jean shorts and a t-shirt that was faded and soft with age.

The small metal pail I found outside my door was further evidence that the universe was working with me. I evicted the cleaning supplies, stacked them against the wall, and filled the pail with ice from the creaking machine at the end of the hall.

I put my remaining six-pack on ice, grabbed a lawn chair from the trunk of my Olds and made for the beach.


Vacation season was over. There couldn't have been a dozen other people out there with me and I could tell by sight that the folks out there on the beach were locals reclaiming their territory from the inland masses. Bad shorts and a serene indifference ruled the day and nobody, other than the quartet of kids playing volleyball, seemed interested in doing much more than enjoying a peaceful Thursday by the ocean.

I recognized a couple of faces from the previous night at Beau's but nobody paid me any mind as I selected an empty patch of sand and planted my lawn chair.

The ocean was in fine form. Waves crashed in with a satisfying roar and that wonderful salt spray was carried up onto the beach in the wind. Gulls swooped down and nipped at the seaweed piled up at the shoreline.

I opened up a beer and watched the waves roll in. The ocean was every bit as hypnotic in the daylight as it is at night. One beer blended into another as I let the surf and late day sun lull me into a pleasant stupor.

“Anybody sitting here?” It was a woman's voice.

There were thirty yards of empty beach around me in every direction.

I tried to cover my surprise as I looked at her over the rims of my shades.

Medium-height. Curves. Turquoise one-piece bathing suit that showed off neither too much nor too little. She had a pair of sandals and sheer white cover-up in one hand and a beach towel in the other.

“Make yourself at home,” I said.

She smiled and shook open the towel. I watched as she squatted down to straighten it out.

The word, “Fearless,” was tattooed across the instep of her right foot. I took my time reading it.

“You're not one of those foot freaks, are you?” she said with a little smile.

I looked up from her tattooed bare foot and smiled back.

“Never thought of myself as such. They are lovely though.”

She laughed and spread her towel down next to my chair.

There wasn't anything in that for me so I kept my trap shut while she arranged herself on the towel.

I watched her stretch her legs out and before long my eyes were once again drawn to her feet and that tattoo.

Maybe I was one of those foot freaks.

She chuckled and looked down at the tattoo. “Like a bitch, but I think it was worth it, don't you?”

She gave me another smile and sat back on the towel.

I slid a brew out of my bucket and popped it open for her.

“Thanks,” she said before knocking back half the bottle.

“You on vacation or something?” she asked after a few minutes. She placed her empty bottle back in the bucket.

“Something like that.” I could feel her waiting for the rest of my answer. “I left home with no destination in mind and ended up here. Seems as good a place as any.”

She nodded and turned her head to check out the volleyball game.

I studied her face while she watched and decided that I could get used to looking at her, at that little smile and that nose that hooked a little to the right. I liked the way her reddish brown hair hung down around her face in unruly curls.

Her smile widened but she chose not to bust me for staring.

“You were going to.” She shot me a look that dared me to deny it.

Her face didn't give much away-- she could have been anywhere from eighteen to thirty. I wasn't going to ask.

I finished off my beer and then it was my turn to smile.

“Jake works.” She turned her smile on me full force. “And you're not that old.”

“Thanks. Nicest thing anyone's said about me in months.”

She laughed and I opened another couple of beers. If we wanted any more we'd have to go and get some.

As we fell into another comfortable silence I had to ask myself if what I thought was happening was actually happening. I'd been out of the game for a long time.

And I no longer cared if she caught me checking her out.

Terry the bartender's voice bounced around in my head.

My heart started beating like Art Blakey at Birdland in '57.

“What do you say we get out of here?” I croaked.

She broke out in a big, lopsided grin. “Took you long enough.”


It turned out Marisa was thirty-two. I wasn't sure if that made me feel better or worse. It knocked me down a bunch of pegs on the dirty old man scale but shot all kinds of holes in the midlife crisis inappropriate fling thing.

She told me her age after a roll in the sack that went a whole lot better than I thought it was going to.

“I didn't ask,” I said to her as we laid there panting and sweating.

Her fingers trailed all over my chest and shoulders. They found every scar from every scrape I'd been in over the years. I could feel more than curiosity in her explorations. There was care there too.

It all felt natural enough. The instant connection I felt back on the beach was still there. It was unspoken but as tangible as the second-rate motel bed were were in.

But the jaded part of me was sending up smoke signals. I was waiting for the catch.

It came just after my heartbeat slowed down to normal and just before I drifted off to sleep.

“You know how to hurt people, don't you? If you have to.”

“You've killed before, haven't you?”

Flashes of memory exploded in my head. Sights. Sounds. I tried to push them away.

“What makes you say that, Marisa?”

She continued to finger my scars. “I can tell. It's in your face, Jake.”

“You got somebody who needs hurting?”

There was a long pause.