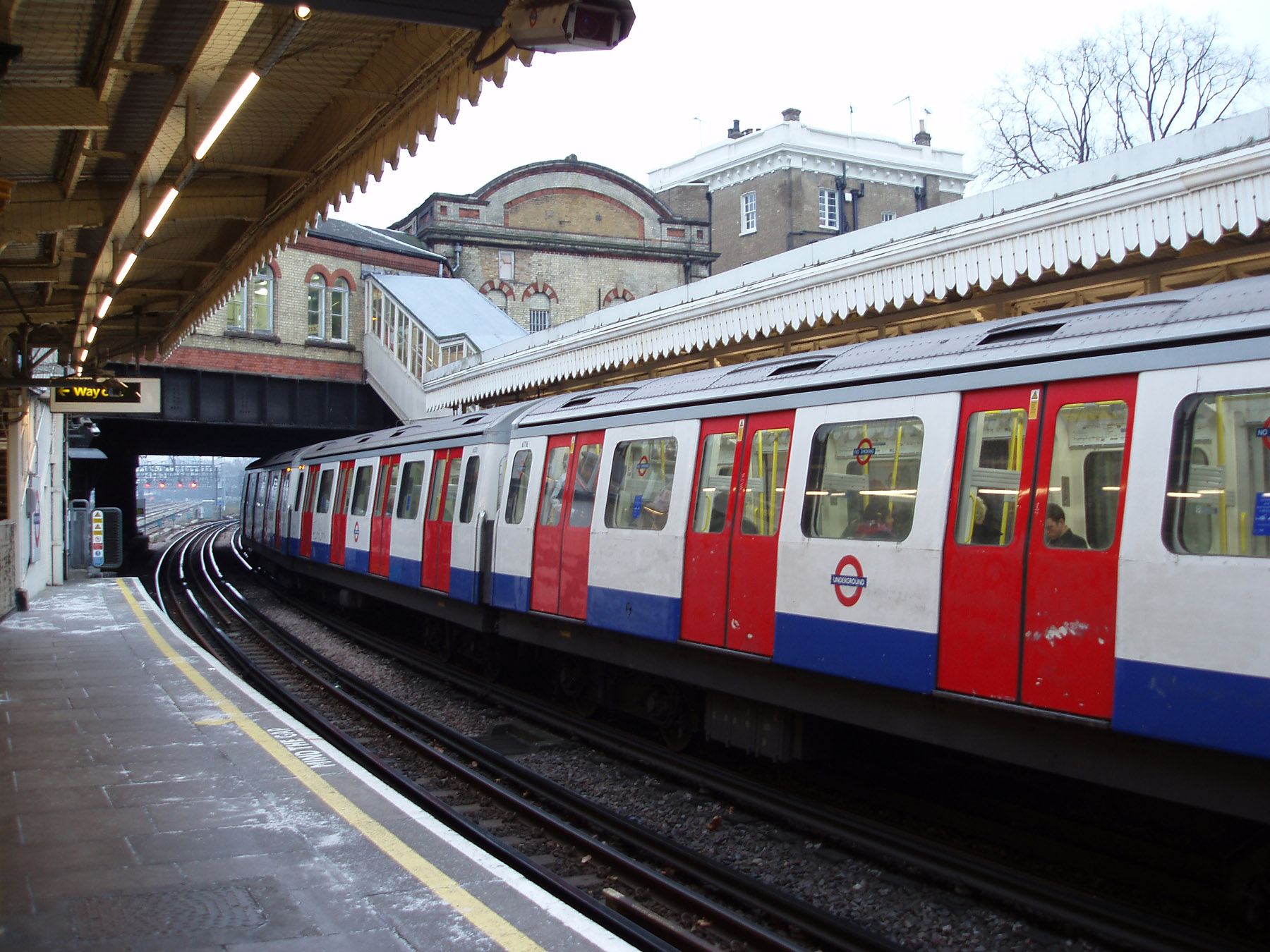 In the harsh lighting of his work room, the hooks were shining jewels of cold-steel perfection laid in line for his final inspection. He marveled at their cruel barbs and smiled, envisioning the captive prey that would thrash and fight their inescapable embrace to no avail. His reverent awe was curtailed by the insistent beeping of the alarm on his wristwatch. Silencing it, he realized he must conclude his preparations and be on his way very soon if he were to test his lures as planned.

He reached to the side of the table, retrieving the nylon case and opening it. One by one, each of the hooks were inserted into small slots within the case, leaving only their tops visible. Into another pocket, he placed a selection of heavy leaden weights of various sizes. The final addition to the case’s contents were two flat spools of fishing line, each rated for a weight of 500 pounds. He suspected the line far exceeded his needs but was reluctant to permit the possibility of losing whatever he might hook.

Zipping the case closed, he left his work room, locking the door securely behind him. Donning a shapeless, gray trench coat and a wide-brimmed felt hat, he was satisfied the ensemble concealed enough of his face and altered his body form sufficiently to ensure he was, for all intensive purposes, nondescript and unmemorable. He ensured the additional pockets he’d sewn into the lining of the coat contained the required items for his outing. When he had no doubts all was prepared, he left the house, walking at a slow but purposeful pace to the central train station.

It was a beautiful fall morning and though clouds threatened rain at some point, the day was still pleasantly cool and the breeze slight. In short, the conditions were perfect for his purposes. Arriving at the station, he was rewarded with a view of a nearly-deserted platform. The hour was not especially early, but it was the weekend and so the usual crowd of working-class commuters was otherwise occupied today.

He consulted the schedule board, checked the time and then waited the short interval for his desired train to arrive. For this outing, he’d chosen the North Line Express. It offered nine stops from beginning to end and he felt confident that would be several stops longer than he anticipated spending aboard. With an unexpected efficiency, the train pulled into the station exactly on schedule and he was pleased through the train’s windows he would have few other passengers to contend with.

As the train departed, he walked through the cars, casually making his way towards the next-to-last compartment. The door hissed closed behind him as he entered the compartment. He immediately drew the shade down over the window set in the door and, using a screwdriver, quickly disabled the door mechanism. Concentration was essential to his success today and no interruptions from other travelers could be allowed.

He knew the next stop was seven minutes away and set to making his final preparations. He had no guarantees of suitable prospects at any particular point on the train’s course, but he was a methodical fellow and so, preferred to always be prepared to seize opportunities as they appeared.

Sitting, he opened the case and set to work. Considering his options and the specific conditions of the day, he opted for four of the hooks. Securing each to a short lead line, he then attached each lead to the main length of fishing line. At carefully calculated points he secured the lead weights to the line. For best results, he chose to go with heavier sizes. He checked and re-checked the security of his knots and the weights before proceeding.

Having used a laser rangefinder, he’d long since computed the distance from the steel window rail to the center of the platform at each stopped. He had averaged the distance and arrived at a median he felt comfortable with. He began to unwind the fishing line, stopping periodically to confirm his measurements with a digital ruler. When he reached the desired length, he snipped the line and returned the unused line to its spot within the case.

Tying the far end of the line securely to the window rail, he pulled on it with all of his body weight to test its hold. Not surprisingly, it held him effortlessly in place. Perfect, he smiled. Donning a pair of heavy leather work gloves from his pocket, he coiled the remaining line around his left hand. He stopped with several feet of the line hanging by his side, careful to not snag himself with any of the hooks or to, in any manner, foul the leads with each other, he stood by the window and waited patiently for his opportunity to present itself.

Looking out of the begrimed window, he chided himself for neglecting one detail. He grasped the release and slid the compartment’s wide window open. He estimated the three foot by five foot span was more than adequate. The window in the kitchen of his home was considerably smaller and had proven effective in practice. It would suit his needs nicely.

The train slowed as it approached the next stop and he willed himself to remain calm and not tense up. Scanning the platform as they approached, he was mildly disconcerted to find not a single individual waiting. The stop was, of necessity, short and the train resumed its appointed course. He was disappointed initially, but reminded himself with calm reassurances there were plenty more stops to come.

Over the next half hour he viewed and rejected two more stops as unsuitable. Though he tried to remain unperturbed, it was impossible for him to completely banish the small doubts intruding on his sense of purpose. He reflected that no endeavor was without a risk of failure but refused to admit of such at this juncture.

At the fourth stop, his senses were stunned as if some entity was privy to his designs and was providing its divine approval to him. Shaking off the mental assault, he focused his gaze on the upcoming platform and spotted…her. She was a shapely woman, early 20’s in age, of medium height with her blonde hair drawn back in a ponytail. She wore a tight lycra workout top, silk running shorts and running shoes. Her attention was focused on whatever music her earbud headphones were delivering to her.

Dropping the coiled line from his left hand, he took a firm hold on the line in his right and began to slowly twirl it about. The practiced motion of his wrist snapped it around again and again increasing velocity with each rotation. As the train lurched to a stop and before the woman could change position, he shot his right hand forward, launching the hook-laden line directly toward her.

He sensed before it struck that his aim was true and so felt no anxiety as the action unfolded. Too far away to hear her, he nevertheless imagined he could as her mouth dropped open in shocked surprise. Slowly-spreading red stains on her torso indicated no less than three of the barbed hooks had found purchase in her torso. As her hands fluttered up to grab at the jagged intrusions, he shifted his weight backwards into the compartment, holding the line firmly with both hands and dropped to his knees. The tugging motion served to set the hooks so firmly into her she stood little chance of extracting them without assistance. As there were no other people on the platform, her chances for help were non-existent.

Standing again, he slowly took up the slack in the line until it was stretched taut. He watched as she sank to her knees, shock and blood loss combining to rob her of her ability to stand. He was ecstatic to realize she had not cried out loudly and there appeared no indications his actions or her plight had drawn the attention of anyone aboard the train.

As the train departed, he allowed more slack in the line, finally dropping it as the distance between the woman and the railcar lengthened. He felt his manhood stiffening as her bloody, heaving body twitched and she was suddenly jerked off of the platform and onto the unyielding track bed. Craning his neck to look out behind him, he watched with glazed eyes as the woman was dragged helplessly down the tracks with more and more blood streaming from her as the train gained speed.

Feeling his arousal build, he fumbled in his pocket for the switchblade knife contained within. In perfect synchronization with his release, he severed the line close to the window rail and the woman was lost from sight.

Regaining his composure, he retrieved all remaining evidence of his presence in the compartment, closed the window, and wiped down any and all surfaces he might have contacted during his ride. Having restored the door controls and raised the shade, he left the train at the next stop and walked back to his home.

He took a long, hot relaxing shower and retired to his living room with a steaming mug of coffee and the extravagance of fresh strudel he’d purchased on his walk home. He turned on his small television and switched to the local channel in time for regular programming to be interrupted. Though such footage should not have been allowed on air, he glimpsed the lifeless, bloody mass that had so recently been a vibrant young woman sprawled on the crimson-soaked rails. The reporter on scene seemed a bit put off and stammered visibly as she spoke of mysteries and lack of evidence of how such a thing could occur.

He abandoned all thoughts of coffee and pastry as he again felt his arousal building. Having satisfied such, he returned to his work room to unpack his nylon pack and put each item back into its proper place. He made a mental note to himself he would need to order more hooks from the Internet sporting supply store before contemplating another urban fishing expedition.