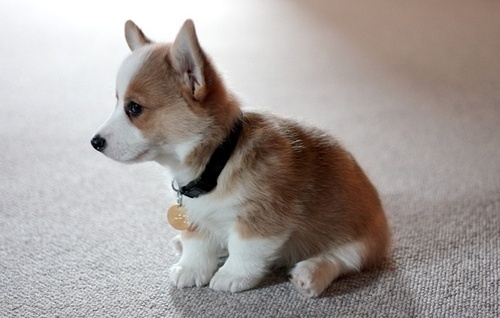 Caden woke to find himself strapped to a metal table. A quick examination of the room revealed a half dozen other tables, none of them occupied, and a power source larger than any he’d encountered. Four windows, two doors and an observation mirror rounded out inspection.

He was plugged into the power source so a quick reverse charge would free him, though he wasn’t sure that’s what he wanted just yet. When the door swung open a moment later, he was glad he’d stayed where he was. He molded his features to feign relaxation. A warm hand on his brow surprised him but he kept the pretense.

He modulated his response so that his eyelids opened slowly and his eyes appeared hazy with sleep, though they recorded every detail of the speaker. A curvy woman wearing scrubs. Dark skin, dark eyes, and dark glossy hair piled atop her head.

She moved closer. “I wasn’t sure how long you’d take to recharge. My name is- ”

“Zaydee Parker,” he said, finishing her sentence. “Professor Dunscomb mentioned you. Where is he? We were in the middle of an assignment one moment and the next, I woke up here.”

He swung his legs over the edge of the table and sat up. “Why? What’s happened?”

She looked away from him. “The two of you were attacked on the way here. There wasn’t anything we could do for Dunscomb. This is a house of tech, not medicine.”

He tore the electrical plug out of his arm and his feet hit the floor. “He’s dead?”

“Not yet, but close. We sent a team for help but they didn’t make it back. I don’t have enough units to try again. Not in time, anyway.”

“Do you have the necessary medical supplies?”

“I think so but what does it matter? We don’t have a doctor.”

“You do now. I’m designed to access and apply skills as necessary. I’ll need the room prepped and a willing attendant.”

She reached out to touch him, stopping short before making contact. “You’re the real thing? Not just a rumor?”

“No more than the tech haven we’re standing in is a rumor.”

She motioned him to follow her out into the corridor. “I can’t believe it. You’re the only one of your kind and you’re here, under my roof, in my building, close enough to touch.”

“We don’t fully exist without each other, do we, Zaydee? Tech and AI have a symbiotic relationship.”

She used a keycard to open an electronic door and they passed through into a makeshift surgical bay.

“Using soft cuffs to restrain me on that exam table tells me you didn’t want to harm me. Securing me in a room by myself tells me you had a vested interest in keeping me safe. You may not fully trust me but you are very interested in me, aren’t you?”

She handed him a set of scrubs. “Perhaps. Dunscomb sent word that he’d had a breakthrough and as soon as he could complete a real world scenario, he’d make a full disclosure. But that was nearly a year ago and we heard nothing further – until the mayday call this morning.”

“They burned out the lab trying to destroy me. And if I can’t save Dunscomb, they’ve won. He’s the only human alive who knows my framework.”

She reached out and this time, she connected with him, her hand resting on his arm.

“You’re wrong about that. I don’t have it all hashed out yet, but while you were recharging, I scanned your interface and acquired a substantial working knowledge of - ”

He gripped her wrist. “Mind what you say next, Zaydee, because I’m not one of your second-hand units. I reason. I adapt. I experience.”

She saw the warning in his clenched jaw and the tension in his strange pale eyes. “I may be just an ordinary hacker to you, Mr. Raynes, but I’m the best hacker this side of the grid. I built Cypher Cove as a refuge for other tech junkies, a place where we aren’t bound by the anti-AI rules and regs of the city, where we are free to create and restore tech as we see fit.”

The pressure of his fingers let up a bit but he didn’t turn her loose.

She rushed on. “Cypher Cove is also a place where the abandoned and abused units we rescue on a nearly daily basis can live out their purposes in peace. I know every piece of tech out there, except you. So yeah, I want to study you. Intensely. Truth is, I haven’t been able to stop thinking about you since my crew carried you into the orientation bay today. And I’m terrified that you’re going to walk out of my lab and my life without giving me that chance.”

He let go of her hand and smoothed a thumb along her jaw. “Zaydee Parker, you have nothing to worry about. You’re going to have all the time in the world to get inside my head. You see, what you haven’t yet realized is that even if the professor survives, he and I have nowhere to go because you and I are public enemy number one. And while we’re being truthful, the fact that we share that title does a number on my circuit boards.”

Her face blossomed into a smile. “Caden Raynes, it’s my great pleasure to welcome you to Cypher Cove, where we offer all the best in city living, sans the rules, riff-raff and rat-race.”