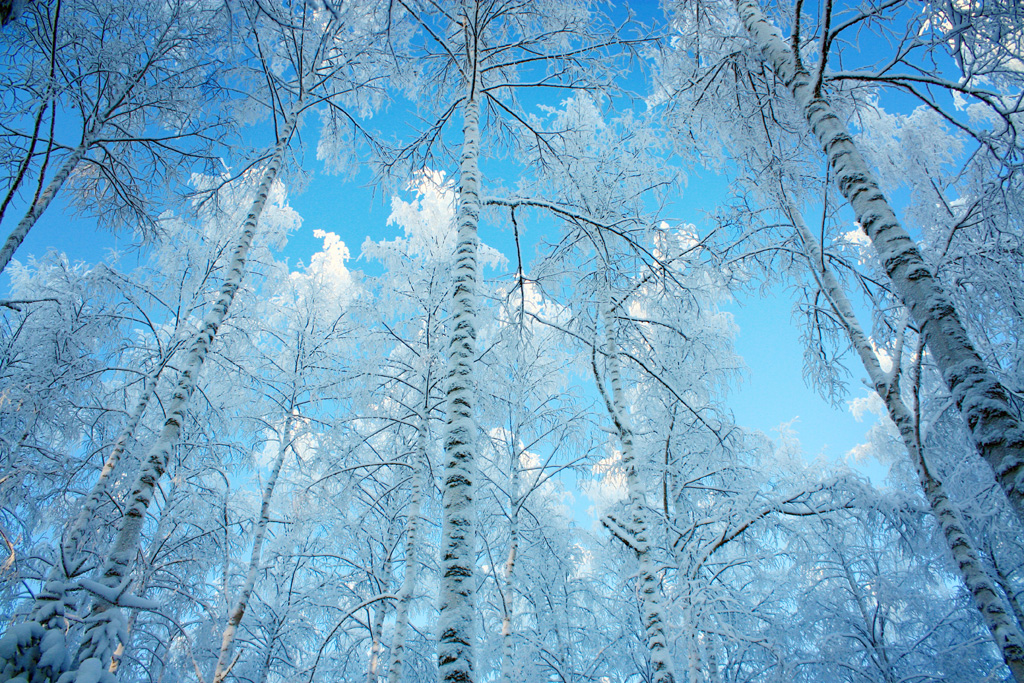 She blinked, the brightness causing her freshly opened eyes pain. She stared at the view trying to understand what she was seeing, the stark white fluffy lines crossing the blue background, swinging back and forth in the breeze.

As she watched the motion she realised she could feel the air against her skin. She was outside. They were trees. Long thin, frost covered trunks and branches moving in the cold air. She didn’t feel cold. She didn’t feel anything at all; she was numb.

She looked down at herself, her naked body more blue than pink, with dark, crusted patches of brown emitting from between her legs. Her mind recalled images: a grin on a man’s face; wrestling with tied wrists; seeing a door open and feeling panic. Then the pain, she remembered all the pain.

She felt the warmth of a tear as it rolled down the side of her face. She attempted to move a hand to wipe it away, but felt nothing – no strength, no limbs. Her eyes sought out her hand, and she saw it, black welts round the wrist reminding her why she was here.

But how long had she been here? How long did she have? If she couldn’t move, how could she help herself? She felt panic rise from her stomach and grip her chest, causing her to inhale. But the air coming out barely made a mist; her body was no longer warm enough.

She realised that she wasn’t completely numb. A dull ache was present in every part of her. Maybe that was what had woken her.

Terror gripped her stomach, the flush of adrenaline bringing warmth and pain in equal measure as it fought the cold in her bones. But the sound didn’t increase, only ebbed and flowed with the motion of the trees, lulling her, soothing her, lifting her.

The white fluff of branches drew closer as though seen through a lens that was zooming in. And in their entwined midst she saw the face of her grandmother smiling and calling her on. She smiled back, wanting to go, but something held her.

She looked down at the broken body lying on the snow covered forest floor, and saw a faint line connecting her to it. She tugged at it, giving it a sharp yank. When it broke she felt release, and watched it float up to her. She was now free to follow her grandmother into the bright light that was once the sky.