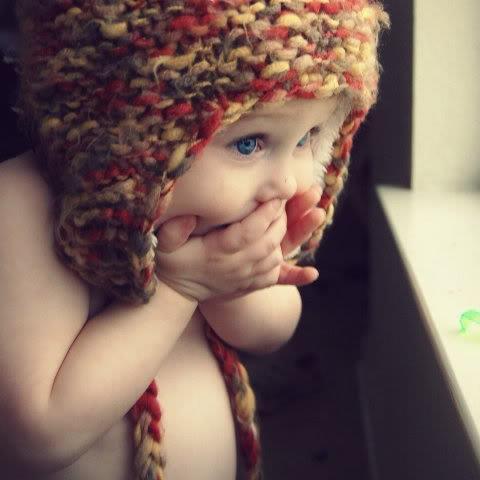 Janice leaned back on her elbows in the soft dirt, a cigarette dangling at a precarious angle from her pouty lips. The acrid curls of smoke burned Ciel’s eyes, but she ignored the sting; she was too excited that Janice was finally going to confide a secret.

Janice's boobs strained against the material of her white blouse, the buttons undone just far enough to show an intriguing cleft. Ciel was flat-chested, so she was fascinated by this and hoped Janice didn't notice her ogling and take it for something other than the envy it was.

The girls were perched in a small cave-like cubby set in the side of a hill in Jacoby Park. The remote, wooded park was located between the school and the neighborhood where they lived. They were both entitled to bus passes since there was no “official” way home that was less than five miles, but if they went through the park, it was only a two-mile trek.

The two of them had walked the paths separately for the past two years. They didn't run with the same crowd. Janice was mysterious and aloof, hanging with the elite of their class even though she wasn't a cheerleader and didn't participate in any extracurricular activities. Boys seemed fascinated by her tangle of wild dark hair and the peeks of cleavage she often showed. Her body was curvy in all the right places, and she rimmed her gray eyes with a thick line of Kohl that came to a point at each corner. She chewed pomegranate bubble gum—the kind with a chewy explosion in the center—and was never without a pack of the oddball flavor, which came from the Yum Bubble factory where her father was in charge of “flavorology.”

In contrast, Ciel felt plain, unnoticeable. Her body type was on the boyish side, and she rarely wore makeup. She was quiet, mousy, and far from popular. Her straight blonde hair hung in lank strands around her pasty face.

About a month ago, Ciel had happened upon Janice hunched against the trunk of a tree crying. Raccoon smudges marred her angular face. She was hostile at first, swiping at her tears and turning away, but when Ciel expressed concern, Janice warmed. She never did tell Ceil what had her so upset, but from that day on, they walked home from school together.

By unspoken agreement, nothing changed. The girls remained virtual strangers at school, simply meeting up for the walk home. They barely spoke the first week. The second week, Janice took out a book of poems. The third week, Janice led Ciel through brambles and sharp branches, loose rocks slipping beneath their feet as they climbed a steep hill until they reached an outcropping. Janice had slid between two rocks and allowed Ciel into her inner sanctum where she hid her journal and other little treasures. When Ciel had asked why Janice kept her most prized trinkets there, Janice's eyes had grown stormy and she'd refused to elaborate.

Janice sat up and blew a plume of smoke in the musty air. “Anxious much?”

“Well, yeah! Where did you get it?” Ciel indicated the silver bangle Janice was wearing. It was unique, a highly polished diamond cut surface with Zodiac symbols.

“A man.” Janice's lips curved into a secretive smile.

“Oh, yeah. Do you think any of the little boys in our school could afford a bauble like this?”

“You can trust me, Janice.”

She leaned over and whispered, “Professor Jeffries.”

Ciel slapped a hand over her mouth. “No way!”

“Since the middle of last year. He was tutoring me in Geometry . . . and one thing led to another. You know.” Janice waved a hand.

No, Ciel didn't know. She hadn't even been kissed yet.

“Way better than the little boys our age—they don't have a clue what to do with it.” Janice threw her head back and laughed, the sound throaty and sophisticated. She glanced down at her watch. “Shit! I have to go.” She tucked her trinkets into the steel box she stored at the back of the cubby, sliding the silver bangle off.

Ciel put a hand out, the first time she'd ever touched Janice's satiny skin. “What are you doing? You can't leave something that valuable out here.”

“I sure can't bring it home with me. If wicked step-mom finds it, I'm dead.”

“Is that why you keep your stuff here?”

Janice looked down, rubbing her finger over the gleaming bracelet. “Yeah. She reads my journal and goes through my shit, takes whatever she wants. Then if I tell my dad, she turns on the waterworks and claims I'm trying to set her up. Bitch.”

“I'm sorry. Do you want me to hold the bracelet for you?”

“Sure. I'll keep it in my backpack and bring it to school every day if you want.”

Over the next few months, a friendship of sorts developed between the girls, cemented by shared confidences and Ciel's ferrying of the silver bauble back and forth.

On a raw day in March, Janice had detention and Ciel arrived at the base of their hill alone. Stacked up in the middle of the trail were Janice's journal and poetry books. Her journal rested on the top of the pile, opened to a page toward the middle. A woman with dark hair strode away down the path with purpose.

There were pages torn carelessly from the journal, the jagged edges sticking up. Ciel nearly called out to the woman, but something told her not to.

Janice wasn't at school the next day or the next. A week went by. Two weeks. Then a day came when a solitary figure lounged against a tree on Ciel's path home. He was tall and thin, wrapped in a black trench. By the pile of cigarette butts piled at his feet, he was a chain-smoker and had been waiting for quite a while.

Ciel's heart leaped in her throat, and she turned to run.

“You a friend of Janice's?” he called out in a gruff tone but made no move toward her.

Ciel nodded and kept walking the other way.

“Detective Hoffstra. I'd like to have a chat with you . . .” he held up one of Janice's poetry volumes “. . . about her disappearance.”