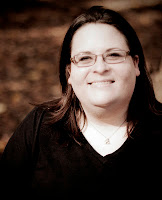 M L Gammella has been writing on and off since high school, where she was often found scribbling in her notebook instead of following along in class. Who knew you had to actually pay attention in Pre-Calc to understand it? To this day, she still doesn't.

She put down her pen for several years as she got caught up with college and work, but finally found her muse again after graduating college with a bachelors in business in 2010.  Her day job as a mortgage loan processor pays the bills while she pursues her love of writing.

M L Gammella is currently trying to finish her Nano novels from 2012 and 2013 (she won in 2012). She also participates in several flash fiction contests throughout the week, runs the Daily Picspiration blog, and freelances in content marketing. When not writing, M L enjoyes traveling, football, cooking, reading, and spending time with her husband and their three pets.

M L Gammella can be found at:
Onward to the Written Word
Facebook
Goodreads