The delightful Nicole Wolverton graces our blog again this week. 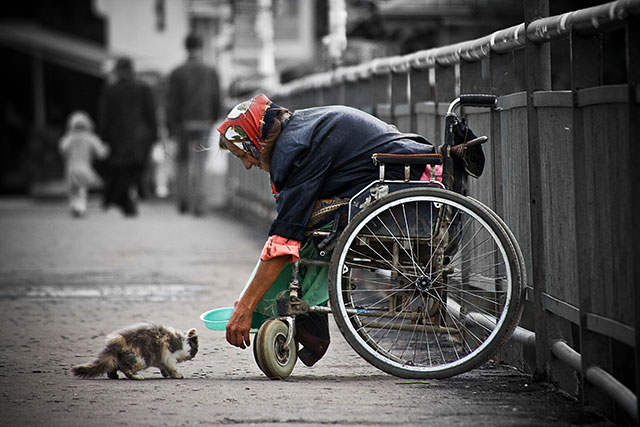 Jack emerged from the car with trepidation beating the underside of his ribs, like the cocking of a gun. The house loomed thirty feet from the side of the road, staring back at him through empty windows. Steep steps still slippery with snow wound up through a maze of overgrown bushes to the peeling red paint of the front door.

“This place has quite a history,” his dad said. He fiddled with the key in the lock, one of those giant, old-fashioned skeleton keys. “We got her for cheap. She’s a real fixer-upper.”

“Who’s doing the fixing?” Jack glanced at the cracked concrete of the stairs, the half-hidden driveway to the side of the house.

“I am.” His mother appeared at his elbow. She smiled, but there was no way she was as happy as she looked. The house was a lemon. His dad was struggling to even make the front door work. Jack imagined what the inside must look like—missing patches of floor, holes in the walls, mice chewing through wiring. “Mostly. We’ll have projects, though. All of us.”

His father shoved open the door and tripped into the house. Mold-laden air wafted out, pinching at Jack’s nostrils. His mother hurried past Jack, but he stood firm. How he wished this was a nightmare from which he could wake.

“Oh, come on, Jack,” his mother said. “Your father and I picked this house especially for you. We thought you’d love it. Wait ‘til I tell you about it. And come look at this.”

Love it? His mother was mistaking him for a dork without a life. He had basketball practice and homework, hanging out with Didi. There was no time for painting walls or ripping up disgusting carpet. He tested the floorboards under his feet when he stepped into the house. Creaky. Probably rotten. Paper peeled from the walls, and tarnished metal sconces hung askew. Inches of dust covered every surface.

His mom rolled her eyes and beckoned him forward. She stood next to a fireplace. His father was already gone, probably inspecting an ancient piece of plaster he’d declare a national treasure or something. “See this?”

He moved closer. “Okay, so it’s a fireplace with a crack in it. It’s the liberty bell of fireplaces. Great.”

She flicked a lever, and the bricks swung wide. “It’s a secret passageway. A lot of the old houses have them. It’s no surprise that this one does.”

It was marginally cooler than he’d thought, but still—calling it a passageway might be pushing it. “Er, yeah, that’s so interesting. It doesn’t go anywhere.”

“Mom, I don’t think you can argue with reality. At best you can describe it as a weird little cubbyhole. Maybe it’s good for hiding stuff in case someone breaks in, but—”

“Have some imagination! I bet there’s more to it. Don’t you want to see where it leads? Or maybe there’s something valuable hidden in a blocked-off tunnel.”

“You have fun with that. Which bedroom is mine? And when do the movers get here? I promised Didi I’d help her with calculus later.”

His mother sighed. “Not for another hour. Why don’t you, I don’t know—go explore the house or the garage. Maybe see if you can find some neighborhood kids to play with.”

Jack trudged away, through another room. A dilapidated kitchen shrank off to his left, and beyond that was a small hallway that led to a door with a small window in the middle of it. He swiped dirt and dust off the glass and peered out at a rickety-looking porch and a snow-crusted jungle of a lawn. So what if it was two degrees outside—it had to be better than risking whatever diseases he was breathing inside the house.

The wood around the door was scratched up and carved. He touched a deep gouge, the start of a word. He looked closer. Jackie boy.

That was screwed up. His mom had probably done it before they’d gotten there to add some mystery to the house. Whatever.

The boards of the porch were even creakier than those in the front room. It would take his parents forever to rehab that piece of crap. His clothes would smell like crap. He’d be covered in dust and wood chips all the time. The heels of his shoes skidded on the icy concrete walk. He turned the corner at the side of the house and stopped short.

Parked along the house, covered in a layer of snow, was a car. He could see the edges of the dark gray paint, edges rusty. Probably just an old junker, same as the house. He edged closer and swiped off the trunk. An old Lincoln coupe then. The kind from The Godfather, complete with bullet holes. He traced the outline of one and shoved his hands in the front pockets of his jeans.

The thing had probably been sitting there for fifty years at least. Its flat tires were sunk deep into dirt, planted like a tree. He slipped as he moved toward the driver’s side. Both windows still intact, both doors still on. Maybe he could get his parents to let him haul it down to the scrap heap, keep the cash. He should at least get something out of moving.

He liked his old room, his old house. It was clean. No chance of getting gangrene from stepping on an old nail. This place reminded him of the family that lived down the street, the ones with the couch on their porch and the millions of grungy little kids running around. Come to think of it, they’d had a car hibernating on their lawn, too.

Still, this one had been shot at. Probably not as good a story as he hoped. Whoever had owned the house before probably used it for target practice. No shoot-outs. No bank heists. Nothing about this house could possibly be that cool.

The chrome handle of the door was cold under his hand. He yanked, and it screeched, hinges complaining. A rush of stale air caught Jack full in the face, along with the scent of burnt metal. A sucking sensation pulled at his chest. Heat traveled along every nerve ending. He gasped, trying to steady himself, but it didn’t matter—the car, the house . . . it all swirled together in a cacophonous mixture of a car engine turning over, a gunshot, a scream.

The noise plinked into silence.

Jack found himself lying on his back, staring at a steering wheel. His feet smacked against the door. How did it get closed? For that matter, when had he stuffed himself into the car? Maybe it was the mold. He’d heard it could do weird things to the brain. He didn’t realize that stuff was so fast-acting.

He groaned and pulled himself upright.

Inside the car, the dash was brand new. Not a scratch. Bright and shiny. Weird. He pushed on the door, but it wouldn’t budge. His mother’s voice called him from a distance.

“Jack,” in whisper, came from the backseat.

He froze, barely able to force air from his lungs. A tongue of cold air lapped at the back of his neck.

He raised his eyes to the rear view mirror, although everything in him begged him not to. There in the glass was a man, skin green and sagging, with a single bullet hole in his forehead. Blood dripped from the black depression. Jack’s heart stuttered. His lungs wheezed from the effort of trying to make them work.

“Jackie boy, you’re ours now.” The man smiled. Something black and glistening wriggled inside his mouth.

The last thing Jack remembered was the sound of his own screams and the feel of cold metal against the back of his head.

Nicole Wolverton is a freelance writer from the Philadelphia area. Her short fiction has appeared in Black Heart Magazine, The Molotov Cocktail, and Penduline, among others. Her debut novel, a psychological thrilled titled The Trajectory of Dreams, is due out in March 2013 from Bitingduck Press. She also moderates 5 Minute Fiction, a weekly flash fiction challenge. For more information, visit her website at www.nicolewolverton.com.