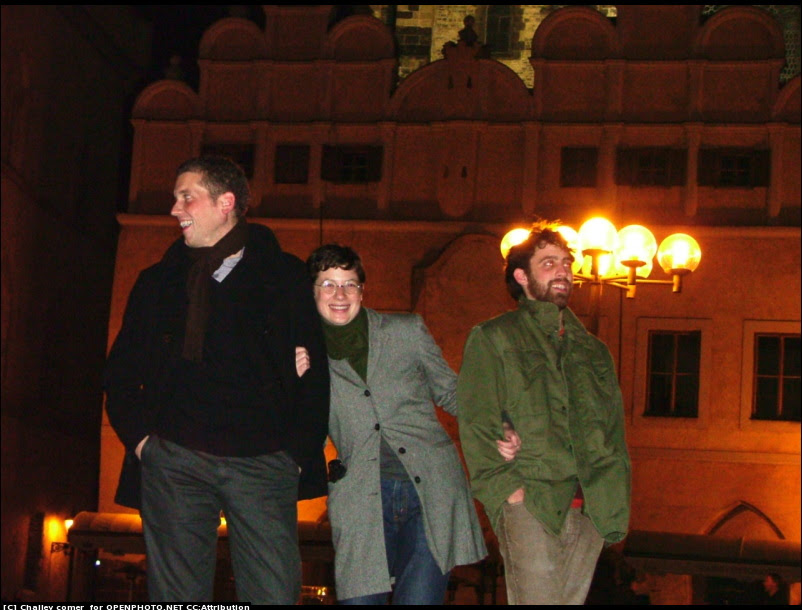 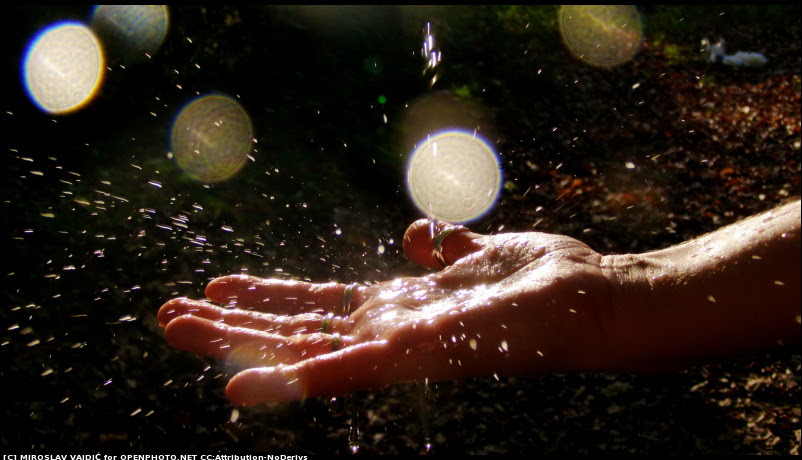 
At some point, Sabine got up to shut the wagon door.
I admired her from behind as she stood in the doorway, smoking. Her skin took on a deep, red hue as the flames of the campfire outside threw alternating licks of light and shadow across her naked body.
When she was finished with her cigarette she lit an oil lamp, hanging its handle on a nail by the door.
She carried some of the glow back with her. Her skin shone in soft, warm light.
“You were going to mention my husband.”
“The subject had crossed my mind.
“Don't concern yourself with trifles.” She got to her feet and shrugged into her slip.
I sat up, reaching for my pants.
“Herve and I have... an arrangement,” she continued. “I have given him his freedom and have claimed my own.”
“That's handy,” I replied as I got my socks on and looked around for my shirt.
She walked to the door.
“That, Mike, is how it is.”
Somebody pounded on the wagon door. Sabine backed out of the way as it flew open.
Stefan climbed onto the top step.
“Get dressed and come to my wagon,” he roared, still grinning at us. “There is news.”
He turned and marched away across the camp.
We stood together in the doorway, watching him go.
“He seems amused by.. this,” I said, indicating the pile of tapestries on the wagon floor.
She smiled as she buttoned my shirt for me. It took more willpower than I thought I had to ignore the tingling whenever her fingers brushed against my skin.
“I'm sure he is. He has never accepted Herve as my husband.”
“Because he's not one of you.”
“That. And for many other reasons.”


The three of us sat by a roaring campfire, perched on packing crates, and joined by two others-- a tall bald man with burn scars on his scalp, and a dark-skinned woman with hair longer and and even more untamed than Sabine's. Both of them wore rough men's clothes-- mismatched breeches and once-colorful homespun shirts that looked like they'd been washed in swamp water and left to dry in a dank, moldy place.
Stefan introduced them as Marko and Ludy.
“These two live in a small camp beneath a bridge, right on the Seine,” he explained. “Ludy, please repeat what you just told me.”
Ludy took a quick look at Sabine and me, then raised her eyebrow at Stefan.
“Our deal stands?” she croaked.
“What deal is that?” I asked.
Stefan nodded at Sabine.
“They need some of that money you're carrying around.”
I looked Ludy and Marko over. They looked back. Their eyes moved up and down, then settled on Sabine.
“How much dough are we talking?”
“Enough to get us out of Paris,” said Marko. His voice was as rough as Ludy's. They sounded like they spent their days drinking turpentine and smoking cigarettes.
“Why do you want to leave Paris?” I asked.
“The luck is no longer good here,” replied Marko.
“He speaks the truth,” added Stefan.
“I do not think this will be a problem,” said Sabine. “You will have what you need. Now, tell us what we want to know.”
Ludy rubbed her grimy hands together.
“We'll do you one better,” she squeaked, “we'll take you there. Figuratively speaking.”


“There”, turned out to be a defunct canning plant by a shipyard on the Seine, not far from the Port of Rouen, near Normandy.
Marko and Ludy had not personally traced the one hundred twelve kilometer trail from Paris to Normandy. They'd been around to witness the two men hit the water and, recognizing a profitable situation when they saw one, were also on the spot to see Wilson and Herve fished out of the Seine by a couple of rough-looking characters in a rowboat. Tracking them to a warehouse upriver hadn't been difficult. They then settled in to watch. By morning, the word from Stefan had gone out and made its way up and down the riverbanks.
The bedraggled pair had been watching as the captors loaded Wilson and Herve onto a scow, then shoved off for parts north.
Stefan's word had made better time up the river than the scow. The boat had docked in Rouen with eyes on it. One hundred twelve kilometers worth of contacts then passed the information back down the Seine, to Marko and Ludy, who'd then arranged for transportation to Stefan's encampment.
“The information is good, no?” asked Ludy, as we sat in the back of Stefan's truck, in Paris, at the mouth of a Latin Quarter alley.
The smell of the vegetables Stefan sold on the street-- mostly cabbage-- mixed with the river water mildew bouquet around Marko and Ludy.
“What can you tell us about the men who have them?” I asked. “Knowing where is good, knowing who would be great.”
“Englishmen is what we've heard,” said Ludy. “Three of them. Well-dressed. Maybe half a dozen others. Locals. Both English and French have been heard.”
Sabine nodded and handed her a small handful of notes.
Marko shook his head while Ludy glared at her.
“This won't even get us across the street, let alone out of the city,” she spat.
“There will be more if we find my husband and Mike's friend in Normandy.”
“Dead or alive?” asked Marko. He averted his eyes almost as soon as the words cleared his mouth. “I did not mean....” he stammered.
“Our word is not enough for you?” rasped Ludy. “Stefan is right. You have been among them for too long.”
Sabine glared back. The other woman withered under the force of it. She threw her hands out as if to fend off an attack.
“All right,” she said. “All right! I'm not going to fight you for it.”
“Leave word for us at L'Auberge Roumanie in Belleville,” offered Marko. “You know the place?”
“I know it well,” said Stefan. “The best bad bar in Paris. I will have a message left with Ziggy. Good enough?”
Marko got off his crate and opened the door.
“That will be fine. You know where to find us.”
He hopped down to the street, then turned to wait for Ludy.
“Don't wait too long,” she said as she followed Marko out of the truck.
They disappeared into the alley. The three of us watched them go, then got out ourselves.
“Englishmen,” I began, “got any clue who they could be, Sabine? Enemies of Herve's?”
“Herve Durant was alive long before he met me.” she said. “If the number of enemies he has made since our wedding is any indication, the possibilities are endless.”
“Dandy.”
“I will drive you to Normandy,” said Stefan. He looked right at me. “I can assume you have a plan?”
We all climbed into the cab. Sabine took the middle, a cigarette already in between her lips.
“I'm working on it,” I replied. “Got to make a stop first.”
“Your office will likely be watched,” said Sabine.
I nodded.
“I'm counting on it.”


It didn't appear as if my office was watched. Not anymore.
I didn't need to use my key on the door. It swung open, dangling from the upper hinge. The window lay in pieces on the floor, spread all over the contents of my filing cabinet.
Stefan walked past me, headed for the desk.
“I like what you've done with the place,” he said as he reached for the phone.
He picked up the receiver, gave the number, and waited.
Sabine stayed by the door, smoking and looking around. She looked upset.
“Don't sweat it,” I said, “Been wanting to get out of this neighborhood anyway.”
I took a lap around the room, surveying the damage, which wasn't too bad. A side benefit of keeping a spartan office was not having a lot of stuff around to break. The little sofa I kept for sleeping on when I didn't feel like going home had been turned on its end, someone had punched holes in the walls, and my desk had been ransacked.
Stefan had a short, sharp conversation in a language I didn't understand, then hung up. He looked at me and nodded.
“Calling in the cavalry?” I asked.
“Such as it is,” he answered.
I went to the desk, stepping around him to get behind it. The bottom drawer sat half opened. I opened it the rest of the way and reached all the way down. I found and pulled the catch and removed the board that concealed a small compartment.
When I stood up I had a gun in each hand-- a pair of Mausers I took from a German captain my unit captured on our way to Berlin.
I stuck the guns into my jacket pockets, then went back into the desk for a handful of extra rounds.
“All right,” I said, “let's go to Normandy.”