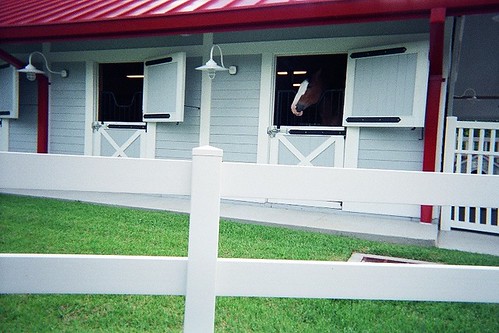 Kelly shook my shoulder, until I woke. She put a finger across my lips to keep me quiet. I got to my feet and listened for anything different in the sounds of the forest. Kelly pointed toward the sun, just peeking above the horizon in the east. I looked, but couldn’t see anything.

The three days since we’d left the barn had been quiet. We’d made good progress, perhaps another five days, and we’d reach the camp.

I heard a branch on the ground snap. In the forest those cracks sound like gunshots, audible for miles. This one was close.

Kelly grabbed my arm, I could see the terror in her eyes. I knew why. We’d been found, but I didn’t know who had found us. I pulled my knife out of its sheath, and my hammer from my backpack.

God, how I wished I was Jessica, so I could talk to the animals, and ask their help. “Who’s out there? How many are there? Can we escape? Do we have to fight?” I didn’t know any of those answers. I headed into the trees.

Kelly followed. I didn’t know if that was good or bad and I was too scared to care. If men had found use, we were in trouble. Big trouble. I had to find out.

I used what I’d learned from Jessica about moving through the trees, and the brush. Don’t run. Walk. Quickly. Don’t pound your feet. Don’t move anything. Don’t step on anything. Breathe. Watch. And make no sound.

I quickly outpaced Kelly. I wanted to stay with her, keep her safe. “Dear God,” I prayed as I moved, “Give me a fully loaded, working Uzi, and I’ll tell the world you’re real.” I kept moving, changing course as I went. I headed west, then northwest, then north, slowly continuing to change direction, until I was heading East, toward the noises I’d heard toward what scared Kelly.

“Frank!” She was lost, of course. And terrified. And crying out for help from the only person she knew. “Frank! Don’t leave me!”

It broke my heart to hear her cries. But there was nothing else I could do. I was close enough to hear them now. There were three of them. All male. Trouble didn’t begin to describe what we were in. I didn’t want to die, and if I went against the three of them I probably would. I couldn’t think of any way I’d come through this without being hurt. I couldn’t think of any way to keep her safe either.

A father and his two sons.

“Smart. Not worth dyeing to keep her.”

They were in for a surprise.

There was no way I was letting them hurt her. I’d die before they hurt her. I move silently through the brush, in a straight line toward the three of them.

They caught Kelly. The father laughed. “Have some fun, boys!” I moved low to the ground, without thinking. I moved by feel. I heard them breathing. I heard their hearts beating. I heard Kelly’s heart, her pulse was racing, her breathing ragged. She was panic-stricken.

The boys grabbed her, one on each arm. They pushed her to the ground, on her back. One tore off her shirt. “Oh, Pa! She’s got pretty tits!”

I erupted from the a few feet behind the father, my hammer and my knife met at his neck. Blood gushed out, as he fell, his neck bent at an impossible angle. I didn’t stop. I didn’t slow down. The boys were staring at their father’s body. They hadn’t moved.

I slid the knife in an arc, watched it connect with the back of the closest boy. It made a deep slice, cutting through fabric, skin, and everything beneath. The boy screamed in agony, and fell to the ground, reaching for his back. I swung the hammer at the nose of the second, and watched his face implode as the hammer embedded itself between his eyes. I turned back to the first as he writhed on the ground, and put the knife through his back. He soon stopped moving.

I got Kelly’s shirt, and handed it to her. She wrapped herself in it.

“I tried to get to them before they could get to you. I tried.” I stared at my hands, at the blood on them. “I tried.”

“You saved me from them.”

I didn’t speak. I’d killed three people. I’d never killed anyone until then. And I knew I’d kill again to protect her. She knew that too.

We didn’t speak. We found our way back to the clearing we’d stopped in that night, and gathered our things. “Thank you.” I couldn’t answer her. What could I have said?

We headed west, after the sun. We walked in silence. She walked beside me. She’d never walked beside me before. She’d always followed. We didn’t stop until that evening when we came to another clearing. “Shh,” I whispered, and indicated she should stay put. She didn’t follow as I approached the clearing. There was a broad, flat field next to a building. A horse stable. I could see a horse in one of the stalls. At the far end of the stable was a man, with a rifle.

At the southern edge of the field, leading into the trees, was a road. Beside that was an old desk, with a man sitting at it. He had a rifle too. Next to the desk was a couple of posts, each about seven feet tall. Tied to the posts, her feet still on the ground, was a naked woman. A sign on one post read, “Come play with our fillies!”

I knew what was in the other stalls in the stable. Women. Tied up. There were other men, inside the stable, watching over the stalls. They had guns. The man outside was the escort. He’d walk others from the desk to the stables, show them the stalls, and let them pick which woman they wanted.

It was a business. And it looked successful.

That’s when Kelly put her hand on my shoulder. She leaned forward, and whispered, “Is there anything we can do?”

We retreated into the brush and trees. “No.”

“Kelly. I don’t know how many more are inside. I do know they have rifles, and guns. All we have is a knife and a hammer.”

“Isn’t there anything we can do?”

“Yes. There is. We can get to the camp. And tell Jessica what we found.” I knew what Jessica would do. She’d bring the wolves, the bears, the eagles. And she’d take the place out. Not one man would survive. Then, she’d help the women all she could.

That’s when I had an idea. “Perhaps there is something we can do.”

I told Kelly what I was thinking. “Let’s do that.”

We spent the night working on my plan, gathering the things we’d need from the forest. Dawn would be interesting. I wondered if either of us would see another sunset.