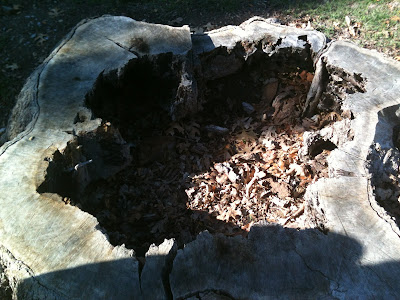 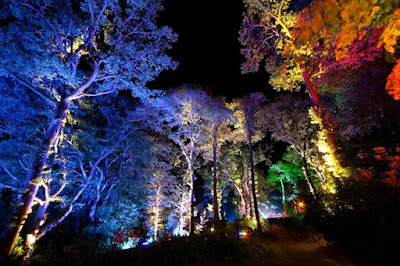 Title: The End of Magic

Leslie’s mouth was frozen in an O. The lights had just come on and turned the forest into a magic place. The trees were all different colors. Some had leaves and some didn’t. Some were thick and gnarled and they were as beautiful as the ones that stood straight and tall, their limbs reaching for the sky.

She waited for someone to come and share the moment with her. After all, someone must have turned on the lights, right? Her parents would notice she was out of bed and come snatch her up. Then she could point and they would smile at her favorites in the grove.

Leslie slept in the next morning and was woken by the horrible jarring sound of a chainsaw. In nothing but her nightie, she ran out and tripped, falling to the grass in surprise and dismay. There was her father, removing the tree she had chosen as hers in the brilliant lights.

“Daddy! How could you?” She wept and hugged the stump, her arms not going more than halfway around the wide base.

“Leslie? What’s the matter? Look at it. This tree was dead, already.” He wiggled the fingers of his leather work gloves in the rotted center of the bole. There was less than an inch unaffected around it. “It would have fallen and might have hit the house or one of the other trees. Now it’s safe, and we’ll use the firewood to keep us warm in the winter.”

Leslie didn’t care, and since the work that remained was with the fallen trunk, she stayed curled around her stump.

That night, the lights didn’t come on, but the wind blew and Leslie was sure she heard the other trees crying.