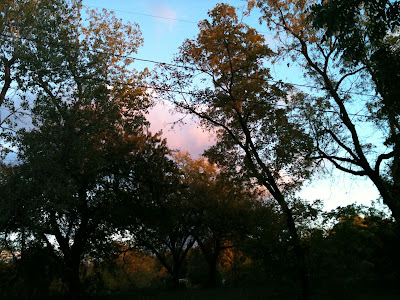 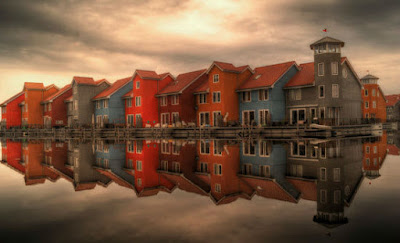 I headed south along the edge of the lake. It was a big lake, one I wasn’t familiar with. I couldn’t see the far shore. For all I knew, it could have been the ocean, except it didn’t smell like the ocean, there were no sandy beaches, no seagulls, no piers, no surf. The water was calm, with small, lapping waves. There were ducks, geese, even swans. And there were miles and miles of nothing but water, and a long, quiet shoreline, with grass, a few small trees, and brush, that grew, as I headed south.

I spent my nights by the lake, in my tent. I bathed in the lake each morning. I washed everything, even my backpack. It felt good to be clean, to wash away the days, and weeks, of dust, dirt, and sweat. Each night, the gentle lapping of the waves lulled me to sleep.

Food wasn’t a problem. I found plenty to eat, including the leaves of some of the trees. “Salad!” I’d learned from the wolves, the foxes, and the other animals in the forest back home what to eat, how to find the food I needed among the trees, and the brush. Even some of the roots got added to my salad.

I gradually regained my strength as I recovered from my walk through hell. That desolate place that went forever. I’d have to remember to not cross that again.

On the fourth day of my hike south on the lake, I came across a town. At first, it was just a few bumps on the horizon, by the edge of the lake. A few hours later, I’d reached it. And empty town.

Something was different about this town. Normally I would have been on edge, drawn my bow, and set an arrow, and been ready to fight. I’d have moved slowly, cautiously. But something told me the town was empty. There was no one there. No danger. I walked it’s few streets, saw the architecture of the buildings. Apartments. Condominiums, I believe they used to be called that.

The town went clean to the edge of the lake, with a boardwalk over the water. There were a few boat docks, but no boats. The boats were long gone. Just like the people. The place was empty, and had been empty for years. There was a layer of dust on everything inside every building, every home.

Everything was left behind. Books. Clothing. Pictures. Everything. The people who’d once lived here had left rapidly. Perhaps they fled something. Maybe there was a fire of some kind. Perhaps they fled the crazy people when the world went insane. I had no way of knowing. There was no history. No story of what happened. No evidence. No warning. One day, everyone left.

I found a couple of small stores, more like shops. A small grocery, all the cans, boxes, and bags still on the shelves. Piles of dirt and dust where the produce and meat had been. Even the maggots and flies were gone. Whatever happened, it happened long ago. There was a bookstore, its shelves filled with paperback books, romance novels, science fiction, classic works, Twain, Poe, and many others. And Bibles, lots of Bibles.

Eventually, I found the town’s offices. That’s where I found what had happened. They had indeed fled the crazy men. They’d headed across the lake, on their boats. They had no guns, no means of self defense. They’d left quickly.

And the crazy men had found nothing of use. So, they’d left also.

I gathered what maps I could find in the town’s office, then decided it was safe to stay in that town overnight. I found a comfortable sofa in one of the condominiums, and settled in for the night.

Before I went to sleep, I spent time studying the maps. They named the lake, and showed several roads leading away from the town. The roads led to other towns, even cities. For once, I had a map, and could tell where I was. The maps didn’t show much more than the local area, no more than 100 miles in all directions. The lake was huge. Not one of the Great Lakes, but plenty big. The maps said it was Devil’s Lake, in North Dakota. But the lake I’d been walking didn’t look like the one in the map. The lake I’d been walking around looked bigger, wider. Perhaps the lake had changed. Perhaps it had grown in the years since the world went insane. I had no way of knowing. I had no map making abilities. And no way to tell directions other than by the sun, and the stars at night.

If the lake had grown, changed, since the world had gone crazy, it would have changed faster than I could have imagined. It was something I couldn’t explain.

At the least, the maps gave me a direction to walk in. A rough guide to find my way back to my home. In the forest. With Jessica, and her friends. And with Valerie.

It was where I belonged.

And that’s when I realized why I’d taken the walk I’d taken. Why I’d wandered so far, for so long. I had to find me. What I valued. What I cared for. Where I belonged.

And I belonged at home.