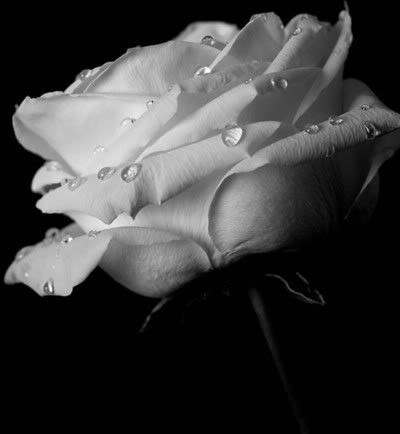 Title: We Met in a Bookstore Pt. 2

He crashed into me and I drowned.

When I surfaced, lungs full of love, sputtering devotion, his hand was waiting, outstretched. What could I do but take it?

The day we met I refused to give him my number, though I did give him my name. He found my blog. And my email address. He courted me. My reply was always simple: "And how does your wife feel about that?" He insisted they were separated. The insistence came with flowers. Roses, always roses. White--as if there was innocence to our acts. But he was persistent. He insisted so much that I began to believe it. And once I believed it, my fate was sealed. He knew this, of course and stuck my sealed fate in a drawer in his apartment. A locked drawer. I desperately wanted my destiny back, so I saw him more. I became hungry to own it again. I starved. But he fed me only bits of him.

Until his wife called me and I found out they weren't as separated as he'd said. I should have apologized. But she didn't own him. And I had already fallen in love. That blindness chained me to him and when I hung on the precipice, anticipating a steep fall and a messy landing, he joined me on the ledge.

They filed for divorce. It was too good to be true and somehow, trust had wiggled out of my heart. It took me over a year to find it again, but he helped me: stooped to look beneath the bed, parted clothes in the closet until it was revealed.

We'd made a mistake. We'd broken a heart. But we'd found each other. In a book store.