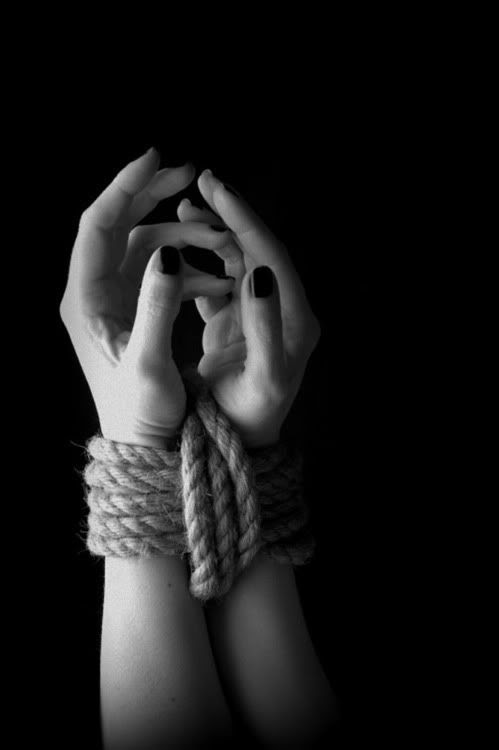 My mouth felt full of cotton, sticky and slow from the drug. I opened my eyes to an instant, blinding headache. I squinted and tried to block the light from my eyes with my hands, but they stubbornly remained together.

A shadowy figure in the distance chuckled and I recognized the tenor.

My voice was thick and slow, repeating dully in my head as the last of the drugs wore out of my system.

He pushed himself away from the wall and his footsteps thudded angrily in my head. I winced in spite of myself. I hated chloroform headaches.

“Why am I still alive?” I asked, pleased that my voice was evening out. He didn’t need to hear my fear.

“That I already knew. Still, I’m a mark. What are you doing?”

Self-righteous, cocky bastard. He was playing with me. I’d heard this was his style before, the play with his victims before killing them. I certainly hadn’t guessed I’d one day be on the receiving end of his deadly game.

I twisted my wrist within the rope and felt a give. I had a little to work with and I hoped it would be enough. To my great surprise, I found that Malloy had left my feet free. Did he really underestimate me that much, or was he hoping I’d make this interesting?

I chatted him up as I wiggled my arms within his childish knots. They were tied expertly, but I knew them inside and out. Malloy walked round me in circles, making it easy for me to work the knots. I felt them give and nearly wept with joy. Unlike Malloy, I didn’t play games. If I walked out of this room, it would be over Malloy’s dead body.

I sat still as he made his satellite around me, waiting for him to come to the front. His voice in my ear surprised me and I jumped.

“You’ve been naughty, Shell,” he hissed.

I felt him draw in a breath before reaching for me, but I didn’t give him the chance. I clutched my hands together and locked them behind his head. Malloy tucked his head against my shoulder, but the rope gave me an advantage. I yanked him hard, pulling him off of his feet and rolling him up and over my shoulders. I stood as I threw him to the ground, pulling my hands out of the ropes and throwing them to the side.

I shook my head to dispel the lingering fog from the drugs as I planted my foot on Malloy’s neck.

“You underestimated me,” I whispered, leaning down and cutting off his air.

I crouched low, careful not to crush his trachea but not giving him an inch of leeway.

I blinked, a million memories of our trysts flitting through my mind. I knew it always meant more to him than to me, but could it have meant everything to him?

I let my guard down for only second, but Malloy didn’t waste any time. He grabbed my calf and twisted. I felt something pop in my knee and I bit my lip to keep from screaming. He flipped me over, the back of my head hitting the concrete hard enough to send stars across my vision. When I opened my eyes, Malloy was standing over top of me.

“Gotcha,” he murmured, bending down toward me.

I heard his gun click as I closed my eyes. It had all been part of his game.