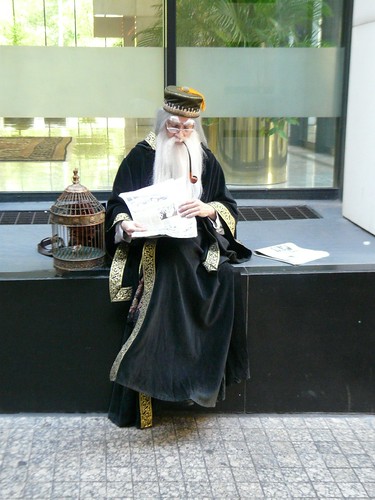 
Madeline and I slipped into the dark woods just as the first of the vehicles-- a sheriff’s department car-- rolled to a stop by the cabin. Four deputies piled out and gathered in light of the headlamps, waiting for everyone else to arrive.
We stopped a little outside of point-blank range. I crouched down low, then drew my Colt and one of the revolvers. I put the revolver down on the ground in front of me.

She rested her hand on my shoulder. I felt her breath, warm against the side of my face. The scent of her sweat surrounded me, strong but clean. I loved Madeline’s sweat.

“What now, chouette?” she whispered.

“If anyone we don’t know gets out of those cars we take them out, then shoot out every tire that isn’t on your breezer.”

The headlamps on the sheriff’s car made the red paint of her convertible glow in the half light.

“Suppose it’s someone we do know?” she asked.

“I’m working on it,” I growled through clenched teeth.

Two more cars pulled up and parked in front of the cabin. Three guys got out of each.

I spotted Tynan O’Shaughnessy’s big head by silhouette. I’d know that homburg and those big ears anywhere. He cleared the door, then stretched as he unwound to his full height. Hersch Lerner got out next. The top of his fedora barely reached the big Irishman’s shoulder. His light colored suit glowed even brighter when seen against the other man’s dark attire.

I recognized some of the four men who came with Hersch and O’Shaughnessy. I didn’t know any of them well. Hersch brought his own boys, not Jack’s.

He waddled over toward Madeline’s breezer. He ran his fingers over the shiny red paint.

“So we’re here already,” groused Hersch, his voice shredding what remained of the quiet. “The sheriff too busy to come out and greet his guests?”

Unintelligible bellowing came from deep within the cabin.

The deputies all clambered up onto the porch and forced their way inside.

Hersch’s guys reached into the cars and came out with tommy guns.

He pointed at the man nearest to him.

“Go in after ‘em.” He looked to his right. “You two, go around back. It’s like we planned.” He nodded at the one remaining hood, then patted the convertible. “Stay by this car.”

O’Shaughnessy wandered toward the tree line, stopping to light a cigarette about three yards out. He turned his back to the cabin and peered into the woods.

Madeline’s grip on my shoulder tightened. I held my breath.

Hersch came over and stood beside O’Shaughnessy.

More hollering came from inside the cabin. The shooting started a moment later. The tommy guns provided the overture, blasting out a rhythm in deadly bursts. The reports of police revolvers chimed in as the machine gun fire slackened.

I pictured the sheriff and Tobacco Man, still cuffed to their chairs, shot to pieces in the back room, while deputies and hoods worked to kill each other. I felt bad for a couple of seconds, then shook it off.

“You made a bad decision, sheriff,” I said under my breath. “You messed with the bull.”

Hersch spun and growled at the man he’d posted by Madeline’s car.

The man raised an eyebrow and looked to O’Shaughnessy, who nodded and touched his hand to the brim of his hat. The gunman nodded in return and made his way inside the cabin.

A fresh round of chopper fire silenced the sheriff’s deputies’ revolvers.

When it was all over, silence rang in our ears.

Hersch and O’Shaughnessy turned toward the cabin.

The last man to go in was the only one who walked out.

O’Shaughnessy turned back around, resuming his contemplation of the darkened woods.

“It’s a mess in there, boss,” reported the gunman.

“You see what we came to see?”

He shook his head. “Bunch of locals is all. They put up a hell of a scrap.”

“Moe and what’s her name are probably halfway to New Orleans by now,” he spat.

The Irishman never took his eyes off the woods.

“Oh, I doubt that very much, Herschel,” he replied. “I’d wager that our friend Moe Shabansky is through running, if that’s what he’s been doing at all.”

He scanned the woods some more.

I took a quick breath, then raised the Colt. Madeline’s gun appeared in her hand. She aimed over my shoulder.

“Take it easy,” I whispered.

She smacked me in the back of the head.

I sensed, more than saw, Madeline’s finger move against the trigger.

“Not yet,” I hissed at her, forcing her gun toward the ground. “I won’t kill O’Shaughnessy unless I have to.”

She wanted to answer that but swallowed her retort. Just as well. I didn’t need to hear the words to know what she was going to say.

I grabbed Madeline by the hand and moved back a few yards, looking for a thick tree to get behind. She made sure we didn’t run into anything on the way there.

“You shot my brother, Shabansky!” barked Hersch . “What the hell’d you do that for?”

“It was his turn! Jack came gunning for me first.”

He reached into his jacket pocket and pulled out a gun.

“What did you think was going to happen when you sent me over there to see him?” I
demanded.

“He was still my brother.”

“He was trying to bump you off too, you sap.”

“Hokum! Jack might’ve gone a little screwy. A lot screwy, even. But he’d never kill his own blood.”

“Go on thinking that if it helps you sleep at night.”

Madeline leaned close to my ear.

“What are you waiting for, chouette? Do you want to get shot again?"

“A theory. I hope it’s better than your escape plan.”

I ignored her and Hersch both and concentrated on O’Shaughnessy. The big man hadn’t moved. He also hadn’t pulled a gun.

“You got three seconds to come out of there, Moe,” said Hersch. “Then I’m comin’ in after you.”

“You’re going to have to trust me, Madeline.”

He took another step forward. O’Shaughnessy stayed where he was.

“You’re digging your own grave, Hersch!” I hollered.

“One!” called out Hersch as he stepped into the woods.

I leveled the Colt, taking aim at his great big belly. Madeline did the same with her pistol.

O’Shaughnessy reached into his pocket.

He never got to three.

O’Shaughnessy shot him in the head before he could get it out.

Hersch shuddered and bounced off a tree before he hit the ground.

Madeline released the breath she’d been holding. She did not lower her gun.

I stepped out from behind the tree and stared at O’Shaughnessy as the last of the gunshot’s echoes faded away.

He stashed his piece back in his pocket, then lit another cigarette.

“Come out of there, Moe,” he said, “and bring the lady with you. We’ve had enough theatrics for one night, boyo, wouldn’t you say?”