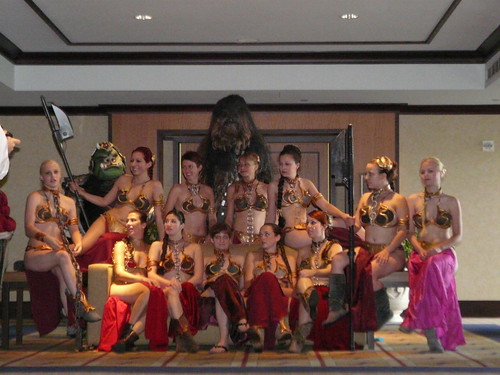 Elise frowned at Logan’s suggestion. “What? And get us out of here?”

“That’s the plan. Why? Did you want to stay?” Logan half laughed at the idea.

“I’m just curious that’s all. Why have the Trees put us here, and why are they feeding us?”

“But isn’t there a way to communicate with them?”

“I’m not a communication droid, so I have never tried.”

“Did your humans try?”

“My humans just kept trying to escape. One of them had an extremely low tolerance for small spaces, so they would scrabble out. Then those noises would occur and knock them out and they would be returned.”

“But maybe those noises are their speech?”

“Elise, that doesn’t help if it knocks us out every time.” Logan snorted, as he continued to press buttons on Reginald’s keypad in a sequence.

They all heard a scraping sound from the other wall, and then the roots around them vibrated. Elise reached out and touched one - then snapped her hand back seconds later. “It’s like an electric shock.”

Logan touched another one, and did the same. “Yes, like a static shock. Interesting.”

“What do you think it means?” Elise said while rubbing her fingers.

“I really don’t know, but I can’t imagine we will ever find out.”

Then they heard a rumbling sound and the earth started to move. Everyone covered their heads and huddled together as pieces of mud and rocks started falling about them. They remained this way for some time, until there was one final shudder and everything stopped.

They slowly raised their heads - Elise spitting out bits of dirt that had landed on her lips - and looked around. The fireflies were still with them and still working, so they could just make out something dark at the other end of the cave. Logan picked up one of the firefly balls and crawled over towards it.

Elise joined him. “Do you think it’s their way of inviting us out?” She looked over her shoulder, “Reginald has this happened before?”

“No miss, although there was always a hole, just not really big enough for my humans. Maybe they are learning you need more space.”

Elise looked at Logan. “Shall we go?”

“They seem to want us to. Come on Reginald.”

“I’m not going without you Reginald, you’re our ticket out of this dimension.”

They heard a couple of blooping sounds before he spoke again. “I would always stay here; the human’s didn’t want to risk me getting broken on the climb out.”

Logan looked at the size of the hole and at Reginald. “I think you’ll fit alright, it depends if it narrows or not. Come on.”

Reginald shuffled over to them and Logan led the way out of the tunnel. It raised slightly as they wait, but eventually the light grew and they could see the opening at the end.

They all sped up, but when they climbed out, they didn’t expect what greeted them: other humans. Although these ones looked like the cast of an old Star Wars movie, all dressed ready for shooting. Among them were a couple of other species, and it was one of these that stepped forward.