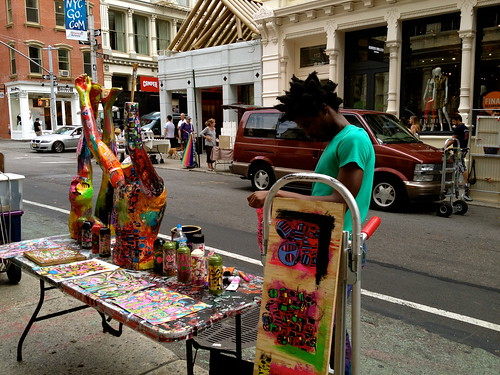 Title: Taking Out the Trash

Reality is an illusion.

Look across the street.

That red van, in the front; is that a sack barrow waiting for the driver to come back, or a trolley jack to lift the front?

‘Give me a long enough lever and I could move the world’. Archimedes said that, you know? It’s not stupid. It’s only a sack barrow because that’s what you’re expecting to see. And that’s the point.

Magicians know what you are expecting to see. We show you that and then we do something else. We don’t confuse you - you do that to yourself.

Misdirection, we call it. Make you look at one thing and not see what’s really happening.

Desire? Betrayal? OK big ones, I grant you, particularly in view of what you and that man..., but never mind,I’ve told you already, and I’ve made full use of it here.

We make up patterns in everything. A great evolutionary trait but less useful in today’s crowded, confusing world.

People don’t look at things properly, they skim over things, see what they expect to see. Of course I’m serious.

Even cops do it.

Up there, right now, they are putting together a pattern, telling themselves a story based on what they can see.

A broken front door. A man, in his own apartment, savagely and repeatedly stabbed with a kitchen knife. In his hand a letter from a woman, threatening him.

Of course, they may find some of her blood too.

She wouldn’t stick around, would she? She would run, hide, lie low.

She wouldn’t go home, or anyplace they might look.

That’s what they are expecting from previous experience and there is more information that they will soon have.

‘Excuse me, sir, but where is your wife?’ - ‘I don’t know, Officer, but her suitcase is missing and a large amount of money has been removed from our joint account’.

They are not looking for a body.

OK, that street artist over there. You saw him dozens of times, hundreds maybe, as you went in and out of that building. No, too late to deny it now. He’s been there for years, right? How closely did you look?

I know it’s not what you call art, but anyway…

‘I’m sorry to have to ask, sir, but were you having any matrimonial problems?’ - ‘Well, my wife had been acting a little distant recently, I put it down to her not wanting me to take my act out on tour again’.

So, just as you walked past things that you weren’t interested in - so did they.

All right, let me ask you an easier one. Where does that guy get the stuff he paints?

Of course you know. You saw lots of it before.

He scavenges the streets around here for rubbish early in the morning - just about the time you would have been sneaking out of here - and paints up unusual things and tries to sell them to the tourists.

So if he found some body parts - heavy, plaster maybe, but not quite as heavy as you might think, exsanguination, you see, covered in dust and plaster, he sees a broken sculpture, from that artist guy in the studio, and sprays them.

He won’t sell them. He never sells much anyway, the stall is just a cover for his drug dealing. Oh, you never noticed that either?

Anyway, back to the Police. They don’t expect to find the woman quickly, they would expect a search, an APB, and a long wait.

Anyway, nice having this last chat with you, dear. It’s important for an illusion to be as truthful as possible

‘When was the last time you spoke to your wife, sir?’ - ‘Just this morning, as a matter of fact. She did seem a bit...cut up. Didn’t really say much of anything. Sorry I can’t be more help’.

What? Oh, the artist, - or drug dealer’s stock?

Anything he doesn’t sell he throws in the dumpster in the service road at the end of the day. And tomorrow is trash collection day.

And, in Police work, like in magic, if you don’t see it at the time, you probably never will. Timing is everything.