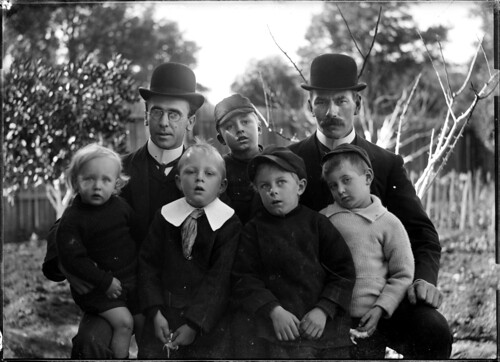 I walked through the city, searching for those still alive. Blue walked beside me. It was grim work, walking among the dead. Hundreds of thousands of my people, and they’d all died horrible, painful deaths. It started in their lungs, the plague killing them cell by cell. Breathing became difficult, painful, and finally impossible. Their bodies starved for oxygen. The plague spread to the blood, and their circulatory systems gradually stopped. Hands and feet turned black, followed by arms and legs. The plague reached their hearts, and ripped them apart.

The dead. Every face consumed by pain. They couldn’t scream, they couldn’t breathe. They staggered around, until they couldn’t walk. Then they crawled. Then fell face down to the ground. Arms and legs twitched. Faces begged for escape from the nightmare they were in.

A few were still alive to feel their bodies slowly come apart. We walked among the dead to find the still living. To release them from their pain. Mercy killings. There was no saving them. No miracle of medicine could heal the damage done to their bodies. Or stop the war between nanomachines inside them.

When we saw a twitch, an arm move, a leg bend. When we heard a gurgle, a desperate struggle to breathe. We stopped. There were never any words to say, no promises of peace, or the joys of heaven, no words of hope. Only the crackle in the air of a single shot to end someone’s time in hell.

Blue walked with me, always there, always offered to fire the shot. Always I refused. Always I pulled the trigger. They were my people. Victims of a senseless war. Human resources thrown away by the church, and its corporate machinery.

The walk never ended, and I wondered if the day would come I could close my eyes, and not see another victim. Another pair of eyes, pleading for release, for mercy, and escape from the agony of the slow death they were enduring.

The death of the last people in the city wouldn’t be the end of the war. It would take years, decades, for Blue’s world to heal. Death would be everywhere. The plague would take years to fall from the air. Years to run its course. The chain of life on her world would be damaged. I wondered if it would have been better to let the plague kill everyone, everything.

“You choose to walk through hell. To see friends die slow, painful deaths. To see people starve, when there is no food. To see the ground turn barren and sterile. The rivers and lakes empty of everything.”

“It is war, my friend. It is the price of survival. If we don’t do this, we will all die.”

I walked beside Blue, as we searched. “You know, this is only starting.”

They’d worked for years to prepare for this. Collected seeds from everything. Collected dirt samples from everywhere. Built underground ponds filled with algae. They farmed the bacteria that made the world work.

That night, we stood on the hills, and watched the sky. It never rained on Blue’s world. There wasn’t enough water for rain. Her Earth was a desert world. Yes, there were forests, lakes, rivers. Plants thrived near the lakes and rivers. They faded to desert, rocks, and sand. Everywhere. Bare mountains of stone, oceans of sand, with dunes for waves.

Life filled that desert world. Plants grew roots deep into the ground, where the water was. Animals and insects lived in the sand. It was a biologist's dream. It was a miracle world, like all words filled with life.

As we watch the black sky that night, filled with an ocean of stars, it rained. The plague. Clumps of nanomachines fell from the sky. Streaks of grey and silver filled the night.

And I prayed for God to forgive my people for the evil they’d become.

Blue stood with me. “The time will come soon, when you leave to fight them again. On another world.”

I didn’t speak. There was nothing to say.

I closed my eyes, knelt on the rocks and sand. I watched the plague rain from the sky. And I cried. I knew there were worlds to save. I knew my people, those I stood with, would take the fight to another world. Then another. World after world.

We’d save other worlds.

“Sometimes, Blue,” I placed an arm around her shoulders. “Sometimes, I wish my people had died. And I wonder. Can even God forgive us for what we’ve done in His name.”

We sat in silence, and watched the plague rain from the sky.