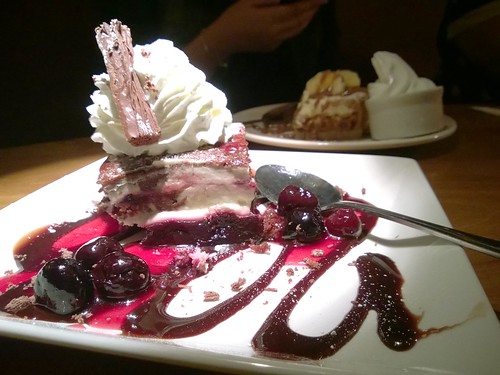 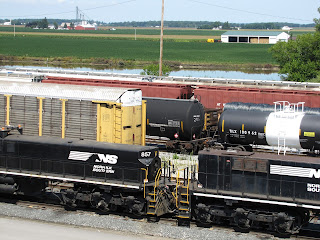 Mel pushed past the other passengers and found a seat where she could face the front and look out the window. Kess would choose a train as their mode of transportation. She wouldn’t even be joining her until the next stop. Putting on her headphones, she tried to tune out the chaos as passengers took their seats. The conductor’s voice boomed overhead. “All aboard?” Tickets were checked. With a hiss of the brakes releasing and a jerk of motion, they slowly gained momentum.

Mel escaped into a world of daydreams that insulated her from the world around her. As the landscape began to rush past her vision, she was already lost in a landscape of her own design. The music she chose seemed to meld with the idea of the dream. She imagined Mr. Tall Dark and Handsome walking up to her and asking for the seat across from her. Aaaaah, romantic illusions, she thought subconsciously.

“Excuse me, Miss.” A tap on her shoulder pulled her from her reverie.

“Do you mind if I take this seat?”

She studied him a moment. He wasn’t exactly the man of her dreams. He probably wasn’t any taller than her sister. His face held a bit of scruff and his dress was a pair of khaki cargo shorts and t-shirt rather than the suit she imagined. Still, she nodded and he settled in across from her. Turning back to the window, she tried to recapture the remnants of her daydream.

Great, a talker, she thought. Doesn’t he know that headphones are a signal to be left alone? Pasting on a practiced smile, she responded, “Melinda.”

“Oh? That’s my aunt’s name. Small world. Where are you from?”

She hoped the eyeroll in her mind wasn’t visible outwardly. “Oh, I’m from downstate.” Maybe if I leave polite question response, he’ll figure it out.

“Nice. I come from Dorset, myself. I don’t usually come this far upstate.”

Mel smiled tolerantly, trying not to show teeth, and turned her eyes towards the window.

“I love farm country,” he continued, remarking on the view. “My parents own an apple orchard and we worked the farm from sun up to sun down during the summer as I grew up.”

Again, Mel smiled tolerantly and nodded. I wonder if my smile is strained, she thought, running through the list of socially acceptable constraints.

“Did you live in the country or town?”

She reviewed the responses she could give. She could tell him about the lovely town with shutters on the windows and delightful mimosa trees that would drop pink puff balls to the ground.

She could tell him that she grew up in town and that her dad was a mechanic, her mom ran a diner, and that she and her sister worked as waitresses from the time they were 15 until they graduated. Instead she responded, “In town.” Maybe he’ll get a clue, she thought.

“I loved being in town, too. I had an aunt and uncle that lived in town. We’d go and hang out with my cousins, meaning me and my brothers.” She winced at the grammar slip. “So I take it that you live in the city, now?”

She sighed, “I think...this is getting a little too personal. Perhaps…” She signaled with a nod of her head that he should move on. He tightened his lips and stood up as the train began to pull into the next station. Motion began to shift passengers and the conductor called out transitions. Mark disappeared in the flow of traffic and likely exited the train.

Mel was shaking her head when her sister plopped into the seat across from her. “Hey, sis, what’s wrong?”

“Oh, this guy just wouldn’t shut up and kept rattling on about what is my name, where I’m from, where I live...I finally suggested he move on.”

Her sister went still. “Ummm, I hope you didn’t give him any information.”

Laughing dryly, Mel responded, “Of course not. You know I don’t like talking to people I don’t know.”

“Well it could save your life. Look at this.” Kess shoved a newspaper into her sister’s hand. The headlines read Another Dead Body Attributed to the Railway Stalker.

“There is a sketch at the bottom of the page.” Looking down the page, Mel paled as she lifted her eyes to meet her sisters. “You need to call the cops! Did you tell him anything?”