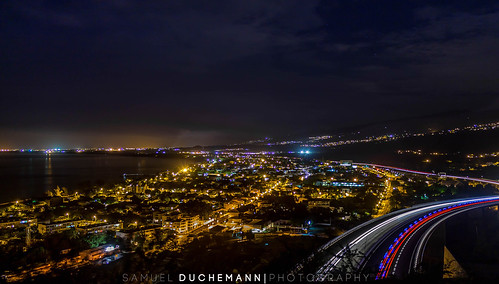 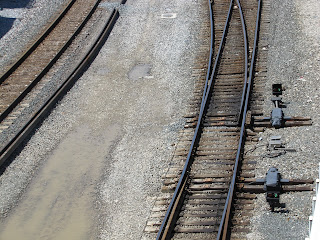 Get to the tracks!

And you’ll be safe.

Free from the hunters.

The words tumbled around Walter’s head as he blindly stumbled upon the tracks, sweat dripping down his pallid face. Barely able to lift his feet, he stumbled and fell, his hands hitting the jagged stones and splintered wood, cutting into his skin.

A surprised laugh escaped his cracked lips as he slid his bloodied hands along the rails.

He stood, inhaling deeply and began to walk, allowing himself to relax. They said he’d never make it, would die trying or they’d catch him.

He laughed again, This time a full belly laugh as he knew he’d outwitted the hunters, out ran the men who judged him, who sentenced him. Now he was free.

He carried on walking along the deserted tracks, wondering when they would end, where they would end as they stretched out as far as he could see.

Glancing behind him, he saw the hills he had scrambled over and hurled himself down. On the ridge stood the hunters. They didn’t move. Walter could feel their gaze upon him but he laughed.

His head swam with thoughts of his freedom, with what he could do. They’d never find him, always two steps behind him, mopping up his grisly mess, his mass of victims providing trophies that spurred him on. He would become the hunter again.

Wrapped up in his success, he didn’t see the tracks disappear until his feet began to sink. His head spun, looking for something to grab hold of, grabbing at the dirt. It ran through his fingers like air. Deeper he sank, up to his waist.

He turned to the hills. The hunters stood and watched as Walter sank deeper, up to his chest, squeezing his ribs like a vice, crushing his lungs as he gasped for air.

Then they were gone.

Surrounded in darkness, Walter slipped beneath the earth, his hunting days extinguished under the still sands of the abandoned railway track.