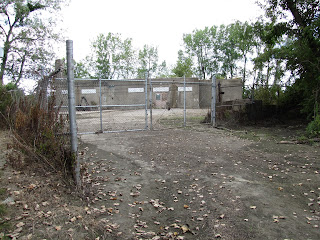 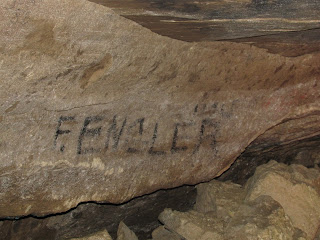 I pushed aside some cow parsley and peered at the compound. The fence looked flimsy enough to cut through, but it was still broad daylight. This job would have been far easier under cover of darkness, but I didn’t have that luxury. I had been given a strict deadline. Five hours, they had said. It would take five hours for the Nazi’s chief interrogator, known ominously as Der Schmerzbringer, to reach the compound. Roads and rail had been bombed earlier, specifically to slow the torturer’s arrival, but he would certainly get here by sunset. After that, the Professor would be subjected to the most intensely painful agonies. He would soon break down, and he would hand the Germans a secret about British defence capabilities that would win the war for the Axis Powers. Even then the Professor’s suffering would not cease. Der Schmerzbringer took joy in his torture and would continue simply for the pleasure he took from it. Some said he saw it as an art form. Others that he was just a sadistic, sick bastard.

I could not concern myself with that. I also had no idea what the big secret was, and to be honest, I didn’t much care. I had my orders and I would follow them – get to the Professor before sunset and save him from the horrors that Der Schmerzbringer intended to inflict upon him.

I wriggled backwards further into the undergrowth at the sound of an engine approaching. The honeywagon, come to take away the barrels full of shit from the military latrines. No such hygienic arrangement existed for the prisoners, of course, who had to empty their own soil by hand, distributing it onto nearby fields.

The filthy grey lorry halted before the gates, engine idling, while the driver’s papers were checked. I rolled, swift as sixpence, into the deep shadow beneath the truck and pulled myself up. When the driver got the all clear, the truck bounced into the compound, taking me with it. It halted by a row of barrels that sat in a trench running behind the latrine block. Brimming with a week’s worth of shite from a score of Wehrmacht soldiers, they stank worse than a hundred rotting corpses.

I dropped and rolled into the noisome filth that had slopped out of the barrels into the bottom of the trench. The malodorous filth made it easy to worm on my back to the far end of the ditch. I slipped my fingers between the metal bars of a slimy grating in the ground. A simple pull revealed a hole just large enough for me to slide down. I fell perhaps three feet, turned quickly, and replaced the drain grid over the hole. The entire manoeuvre had taken no more than thirty seconds. The honeywagon driver had not yet climbed out of his cab.

I wiped my shit-stained hands down the back of my trousers, then drew a small torch from my waterproof pocket. The plans I had been shown were accurate. A low, rough passageway led to the south, towards the main detention cells. Letters scrawled on a rock proclaimed that I was not the first person to come down here. The inscription was old, however, perhaps scratched there by a foolish prisoner attempting to escape. I need not fear discovery.

Five minutes later I was beneath another grating. The stains beneath this one, however, were from a different bodily fluid to that which I had crawled through. These blotches were the darker brown-black left by blood. A faint sobbing emanated from the room above.

I pushed up on the grating. It did not move. I squirmed around and kicked it up into the air. It fell to the stone floor with a clatter. The voice above broke into a terrified, meaningless gibber. They had been right. The Professor would not last a minute in the hands of Der Schmerzbringer.

I clambered out of the hole. A grey-haired old man lay on a filthy campbed in a dark corner of the small cell, hands and feet tied to the frame. He stared at me, wild-eyed. I put my finger to my lips – sssh – and crossed to his side.

“Professor Cherry?” I asked. It would not do to save the wrong man from the torturer’s art.

“Yes, sir. Yes, I am. You’ve... you’ve come for me?” he gasped, the light of hope entering his weary, rheumy eyes as he gazed up at his saviour. I nodded.

“Indeed I have, Professor. We would never allow you to be tortured by the Nazi bastards.”

“You smell appallingly, young man,” he smiled, “yet I am overjoyed to see you.”

I took out my knife, and he looked up, pulling his scrawny right hand away from the metal framework so that I might easily cut his bonds. I placed the sharp edge of my blade against his neck just below the ear. With a swift movement, and a twist so that the neck muscles would not interfere, I sliced through his carotid artery. His blood splashed over my face. I twisted his head, ignoring the bewildered, pleading look in his eyes, and severed the artery on the other side. Blood fountained up the wall and drenched my hair. He gurgled, gasped, and fell into unconsciousness, his brain starved of oxygen. He would be dead within three minutes.

I turned to slide back down the hole in the floor. The precious British secret was safe.

Michael Wombat has published several books - search for him on Amazon, or go talk to him on Twitter where he is @wombat37.