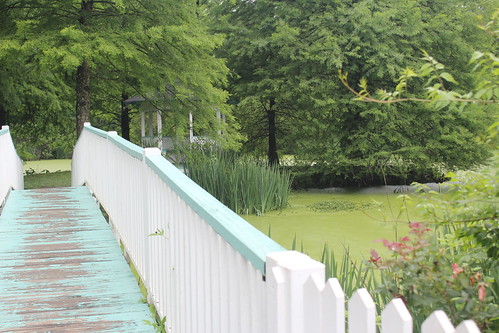 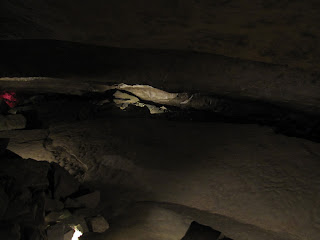 Tony, Bill and Axle sat behind the gazebo, waiting for Vince to arrive. They sat silently, hidden so Marla, the curvy redhead, wouldn't see them when Vince brought her to the gazebo. Tony had the gag, Bill and Axle had the handcuffs. Vince had the drugs. It was a quiet, Sunday evening, no one was around. No one would see what happened. No one would know. They’d all have some fun. Well, maybe Marla wouldn’t, but that would be her problem. They’d make certain she wouldn’t tell anyone.

I watched from the edge of the trees, maybe ten feet from them. I waited. When the time was right, I was going to interrupt their fun.

In another time, I would have walked through the park, stopped on the bridge, enjoyed the colors and fragrances of the flowers, watched the ducks and geese on the lake. I would have sat on the bench in the gazebo, and dreamed of happy times, holding hands with someone I loved.

Those days died years ago.

I watched Vince and Marla walk across the bridge. He carried a lunch box, big enough for two drinks and a few things to eat. She held his hand, smiled a lot, pointed at the ducks, geese, and flowers. Vince nodded, feigned interest, said the right things.

“It’s beautiful here! I love the flowers, especially the red ones,” Marla pointed at the flowers beside the bridge.

Vince politely looked at the red flowers, smiled, “Oh, how gorgeous. I hadn’t noticed them before.” He squeezed Marla’s hand, “Thank you for pointing them out.”

They slowly made their way to the gazebo. “Here we are. Watch your step.” He stopped, pointed at the step up into the gazebo. Marla had a pretty smile, and pretty green eyes to go with her red hair.

I waited. It wasn’t time.

They sat on the bench, he opened the lunchbox, pulled out the drinks. I focused on the containers, had the armor’s sensors scan them. His was normal iced tea. Hers iced tea had a kick. GHB. I had the sensors record the information.

It wasn’t long before Marla was practically unconscious from the GHB. The sensors showed her pulse and blood pressure were dangerously low. It seemed Vince had used a lot of GHB. She leaned against him on the bench, and a few minutes later, he slid off the bench, and left her prone on it. “OK, guys, it’s time.”

Tony, Bill and Axle were obviously practiced at what they did. Tony rapidly gagged Marla, while Bill and Axle handcuffed her. They stripped her, placed her face down on the gazebo floor.

Before they’d finished the sentence, Axle had his fingers in Marla’s ass. “Oh, she’s a good one!”

I entered the gazebo with the armor in full cloak. I kicked Axle in the throat, and left him on his back, desperately trying to breathe through the remains of his throat.

Tony froze, like he’d seen the gates of hell, and was too petrified to breathe. I planted a knee in his groin, lifted him clear off the ground. I assisted his face first plunge to the floor of the gazebo, and observed his head bounce twice from the impact.

Bill’s scream suddenly went silent as I put my armored fist into his neck. I heard bones break.

Vince ran. He didn’t get far. I followed, and caught him halfway across the bridge. I redirected his forward momentum to the side, and guided his head into the bridge railing. He’d already stopped breathing by the time I walked back to the gazebo.

I fished the handcuff keys off of the bodies of Axle and Bill, and released Marlaa. I helped her dress. I’m certain she found it strange how her clothing almost put itself on. I put a manila office document folder on the bench, next to her. “Give this to the police when they arrive.”

The armor called 911 to report four dead bodies at the gazebo in the park.

I smiled. Four more predators removed from existence. The world was a touch safer. I’d done my job. I’d brought the violence.