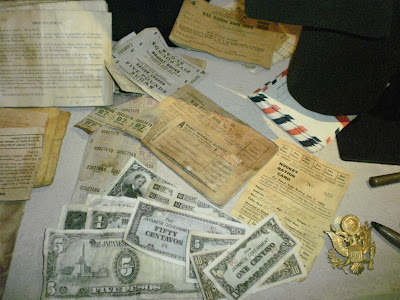 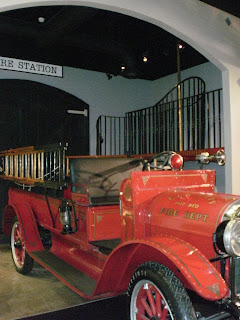 The plan was set. Warren had set me up with all of the money and fake ids I would need, along with a solid cover story. I was going in. Going away. But was I really ready to take this jump?

I nodded and began packing the most important parts of my new life into a bag. I took a look around the barren room in which we stood. I could see the ghost of the life that I was leaving behind in the divots on the carpet where my furniture used to be and the shadows on the wall where family pictures used to hang. They were all long gone, the way that I would soon be, but that didn’t mean that I didn’t recall them all with perfect clarity.

I was no longer that woman. Janice Haggerty, with her perfect suburban life and her manicured nails, no longer existed: not on paper and not in reality. Warren had made her disappear into the ether. Casey Bloom, the mysterious immigrant from England, was all that was left.

I still had Janice’s small nose and her blue eyes, but that was all that was left. Minor plastic surgeries had changed the size of my lips, the curve of my cheeks, and the shape of my eyes. I looked in the mirror and saw a stranger. I saw Casey Bloom.

Still, I didn’t know that woman.

Sure, I had her history memorized, ready to regurgitate it on command at a second’s notice. But what was Casey’s favorite color? Could it be green like it was when I was Janice, or was that too risky? What music did Casey like? What was her favorite drink at the bar?

These were all questions that Warren’s dossier didn’t cover. I’d asked him, and he told me I was overthinking this. To just let the personality flow with the new face and history. But I was no spy at that time. I was just a suburban housewife whose entire life fell out beneath her.

It was almost three months ago when a hitman took out my entire family. One by one, my husband and then my three girls were shot dead in front of my eyes as we ate breakfast around the kitchen table. Nothing could have prepared me for the feeling of cold horror that poured through me as I set the waffles on the table, looked up with a smile on my face, and saw the life drain out of Eric’s face as a stain of red appeared on his crisp white shirt.

He slumped over before I could scream and then Kitty cried out in pain. She was dead before she hit the table. I screamed and tried to pull Claire under the table with me, but she was already hit in the head. And then Alice went and I was alone in the house with my dead family.

I waited, millions of thoughts running through my mind as I tried to imagine why. I knew I was next. I wondered where my bullet was. I almost wanted it, so I could join my family. So this horror could be over.

But nothing came. I heard the sirens first, but the police never showed up. And then the men in black suits arrived. They ushered me into my back room and changed my life forever.

That was the first time I met Warren, my husband’s boss who I had never even heard of. I thought Eric was a traveling salesman, but no. Warren told me he had always been a spy for the government. Someone who he had targeted was after his family. Warren’s men figured I was an oversight. Whoever did the job must have assumed I was dead under the table and didn’t bother to check.

I cursed their existence for leaving me to live a life without my family. But the time for wallowing was short. In the few months, Warren and his organization had brought me into the fold. They told me my other life was over; it had to be. If whoever killed my family found out I was still alive, they’d stop at nothing to kill me. I insisted I was no threat to anyone, but they told me it didn’t matter.

And so I was “buried” along with my family. Everyone we knew mourned the senseless homicide that killed the entire Haggerty family. I watched from a remote location as my girls and my husband were laid to rest alongside a casket filled with stones with my name on it.

I was dead. And then I came back to life.

And then they made me Casey Bloom.

“Your first target is a small, family owned market. They sell remedies, but they also sell secrets to the highest bidder. You have to infiltrate and then neutralize.”

The last thing I picked up was the low-profile gun Warren had gifted to me when I completed the program. I slid it into my thigh holster underneath my dress.

“Got it,” I said in Casey’s light, cockney accent.

“You’re ready for this,” Warren said.

It wasn’t a question, and all of Janice’s doubts faded away. I wasn’t that woman anymore. I wasn’t scared of my future. I was ready.

“Thanks, boss,” I said with a small smile.

I chanced a glance in the mirror as I walked out of my house for the last time. I was all Casey now, and I was ready to go.