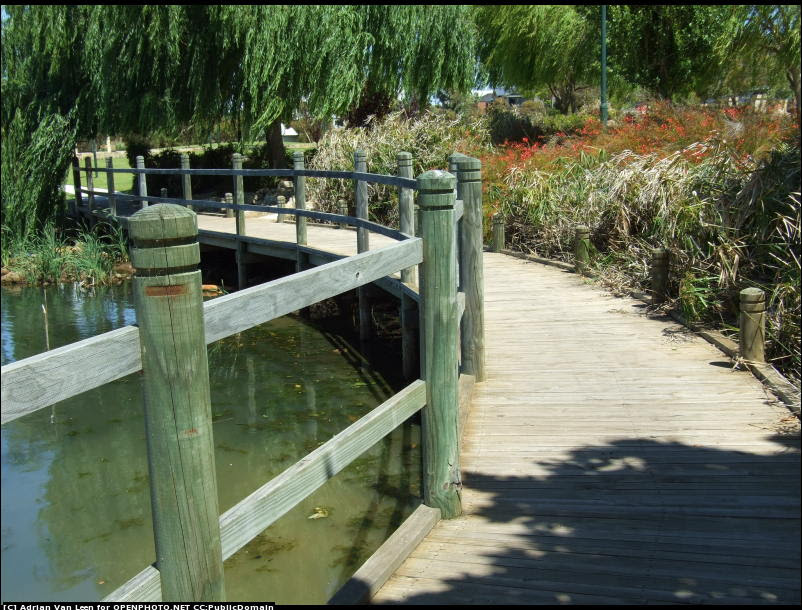 Morning came too early, but morning always did. I decided to try for something to eat, maybe a fish, if I could somehow catch one. Maybe a bird, if I could shoot one. Maybe another dandelion salad.

With that in mind, I departed the comfort of the room I slept in that night, and wandered among the townhomes, businesses, and condominiums of the town. I found a restaurant. I hadn’t seen one in years, so I decided to visit it. Inside I found the usual booths and tables. It was a small place, with a counter and signs that said, “Order here” and “Pick Up Here.” The kitchen, behind the counter, was also small, with a big, industrial refrigerator and oven.

Next to the front counter was a two door freezer, with glass doors, a showpiece for what was inside, to make someone want to order from its content. I stared at it a while. The freezer was filled, top to bottom, with beer. Six packs of beer. There were dozens of different brands. “So, the people here drank a lot.”

Of course, all the beer was several years old at least. Maybe older. None of it was drinkable, that much I knew. But, that it was still there told me more about the town. About how it was abandoned quickly, with people not taking anything with them. And how it hadn’t been found, or raided. Something strange had happened to the town. Something that caused everyone to leave. And it wasn’t the world going crazy.

After spending some time in the restaurant, imagining what it was like when it was busy, I decided to return to the town’s offices, and try again to figure out what happened.

That’s where I found the newspaper. And old newspaper, with a bold headline, about a chemical spill. Some toxic chemical was being transported along the road outside the town. There was a car wreck, and the truck transporting the chemical was involved. And the chemical leaked. It soaked into the ground. Tainted the ground water for the town, and started leaking into the lake. It produced a cloud of gas that burned people’s eyes, and lungs, and could kill them.

So, they’d all left. The police, the state police, the National Guard, had all come to the town, and took everyone away. No one had time to pack anything, time to take anything.

The date on the newspaper was too familiar to me. It was too close to a date I could never forget. Three days before the world started going crazy. Three days before the news reports on TV were filled with stories of dead, naked women in the streets, gangs of boys and men hunting women, and doing awful things with them, dead bodies of the men who tried to stop the chaos. Three days before everything that was imploded, and the world I’d always lived in came apart, and descended into hell.

They’d been pulled from the town to protect them while the spill was cleaned up, and before the cleanup was finished, the world ended. And no one ever returned.

Whatever the chemical had been, I knew it was gone. I knew the water in the lake was safe. I’d bathed in it, drank from it. Nothing happened to me. So, I wasn’t worried about the chemical spill. And I’d finally found an explanation for the empty town.

I decided to spend one more night there, knowing it was safe, and no one would bother me. One more night of rest from my endless walking, and exploring, and wandering around lost in the middle of nowhere.

The next morning, as the sun rose, so did I, and I headed south from the town, along the shore of the lake. I walked most of the day, and as the sun was getting low, I came across a huge house. A mansion. I’d never seen a mansion before. The place was huge. A four story building. It wasn’t a house, it was too gigantic to be a house. It looked more like one of those big government buildings, with a zillion windows. But it only had one front door, and one back door. And a small garage, next to it.

The place was huge. There were what had been gardens all around it, overgrown with weeds, and bushes, and new trees. The carefully landscaped grounds were gone, but there were still stone sidewalks through the weeds. No grass, no weeds, had grown between the stones. I couldn’t figure that out, weeds grew everywhere.

The house scared me. There could have been thirty or more bad people in there. People waiting to kill me. Maybe turn me into steaks, and have me for dinner. I couldn’t see through the windows without getting close to the house. Close enough I’d have no way to escape if there were anyone inside. So, I stayed away from the place. I made a wide loop around it, went inland a safe distance. There, I stopped for the night. The next morning, I went south again, then returned to the shore of the lake, well past the mansion.

When I reached the lake, I found a boardwalk along its edge.

The boardwalk was cared for. I found new wood in several places, fresh wood. I knew someone was taking care of it. I moved inland, away from the lake. I kept the boardwalk in sight, but I moved slow, with my bow ready, and an arrow set. I used what I’d learned from the predatory animals I’d worked with. I moved quietly, without disturbing the bushes, between the few trees. I kept low to the ground, my senses reached out, I listened for any sound, looked for any movement.

It took hours, but I found them. There was a small house, beside the boardwalk. Two men were outside. Both wore guns. I’d learned to recognize assault weapons. I didn’t know the specifics, couldn’t tell you a model or a make. But I knew they were assault weapons. Probably with thirty or more rounds each. All semi automatic, if not automatic. One banged on the door, “Move your asses! You got work to do!”

Three men came out of the house, carrying saws, hammers, and nails. They wore rags. The two gunmen led them away from the house. A short time later, I heard the sounds of wood being cut, and knew the men were the ones working on the boardwalk. I knew from the armed guard with them, and the attitude of that guard, those men probably weren’t working on the boardwalk because they wanted to.

I watched the house for a time, but if anyone was inside, they stayed inside. I decided to deal with the house later. For now, there was the problem of the men with the guns.

It was simple to get past the house. I moved inland, and went around it. No one watched, no one heard. I was the predator. The hunter. I hunted.

And when people had guns and those around them didn’t, those with guns tended to behave badly.

I moved silently through the brush, between the bushes, and the trees. I watched the men working, and the men guarding them. I listened. “Keep it moving, boys. You’ve got a lot of work to do today.”

I was angry. But I couldn’t afford to let my anger interrupt my actions, couldn’t let my emotions get in the way of what I needed to do.

I picked up a hand full of sticks, rocks, anything I could throw, then I moved within throwing range of the lake. I heaved a small rock into the lake. When it “plunked”, the two men aimed at it with their guns. One moved toward it. “Just a friggin’ fish!”

By then, I’d moved, and I threw some sticks. They landed in the brush, moved branches, caused the weeds to move. The second man moved toward them, his gun aimed at the motion. “Something in the brush.”

That let me shoot him with an arrow. He dropped his gun, and howled in pain. So, I shot him with a second arrow.

The other man turned when the first started howling. He saw the second arrow strike. He went nuts with his gun, and started shooting at everything. He was an idiot. An angry idiot. He shot blindly into the brush.

I shot him with two more arrows.

The men who’d been working stopped. They raced from where they were working, grabbed the guns, and headed back toward the house. “Now’s our chance!”

I didn’t care what they did. They were free from the bad men with the guns. That’s what I wanted. I figured, if they wanted to take the guns, and go to the house, and shoot whoever was there, that was OK. If there were more guns there, and they wanted those guns to go back toward the mansion, or wherever, and shoot things. Well. They were angry. And they deserved to be angry.

I slipped away, into the brush, as if I’d never been there.

I walked well into the night before I settled, and grabbed a few hours of sleep. I wasn’t worried about food. I was close enough to the lake, I had no problems finding sustenance. I hid in the brush, and soon drifted off to sleep.

And in sleep, I dreamed. Of Valerie.