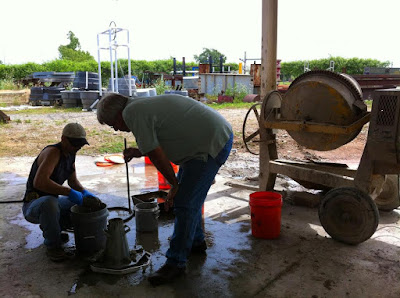 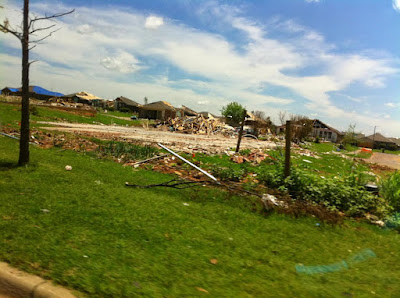 Another couple of days, and I reached the south end of the lake. From there, I turned south east. If I could find the animals who know of Jessica, I could find my way home. I knew I had a long walk ahead of me. The landscape was flat, with no trees. Just flat, sometimes a few hills, and a tree here or there, in the middle of nowhere.

It was terrifying in so many ways, being outside the protection of the forest, so easy to see, so easy to track, and so very much alone. It was one thing to travel by myself in the safety of a forest, or through the brush. But on the pains, it was stupid. I would be easy pickings for any group who found me, especially if they had guns. I was good with my hand made bow and arrows, but I had to be close enough to use them. And they had nowhere near the range of any gun.

I started spending my days hidden as much as possible, and walking at night. I hid in ditches, inside thickets of briars, anywhere I felt I wouldn’t be visible. I tried to sleep, but any sound woke me, birds flying overhead, mice running through the grass, the wind blowing through the briars.

Every time I saw a house, a shack, any man made structure on the horizon, I changed course to avoid it, to put it back out of sight. If I couldn’t see it, perhaps whoever was there couldn’t see me. Everything I did was to stay hidden, out of sight, where I couldn’t be found, wouldn’t be noticed.

It went on for days. Endlessly.

People always thought grass grew forever if you didn’t cut it, didn’t mow it. It doesn’t. It stops. A lot of the open fields had grass from ankle deep, to waist deep, with scattered bushes, like little oases scattered through the nothing. I used the bushes as my hiding places in the daylight. I wasn’t always alone in them. Rabbits, birds, mice, anything that lived on the plains called those bushes home. Sometimes, I was welcome, sometimes, I had to find other bushes.

And the days drug on, endlessly.

Until one day when the weather changed. And it changed rapidly. And it didn’t change for the better.

The clouds gathered in the sky, black, angry clouds. They grew in number, until they filled the sky. And they grew angrier, and angrier. At first, the temperature dropped, maybe 20 degrees, maybe more. And it grew darker. I peaked out from the bushes, and watched.

Then, there was rain. Light at first, then heavier. And it kept growing, until I couldn’t see more than 100 feet. I’d never seen rain like it. Torrential rain. Then, the wind kicked up, and the rain almost moved parallel to the ground. One moment, the rain came from the south, then the west, then the north. Always the direction changed.

And I couldn’t see a damn thing.

I hugged the ground, hoping I was safe in the few bushes I was hidden in. The wind kept growing, until it roared past my ears. The bushes were blown nearly flat, I laid prone on the ground, trying to dig my fingers into the dirt, to have anything to hold on to.

And the rain turned to ice. I’d never experienced hail before. But somehow I knew I was in a hailstorm. A nasty one at that. And I got pounded. I howled in pain, as hailstones hammered me. I had nowhere to hide, nowhere to escape them. And they fell like rain. Most were small, like frozen raindrops. Some were like blueberries, or grapes. And some were frickin’ ice cubes. A few were even the size of my fists. If I survived the hail I would be black and blue all over for days.

And it ended. Just like that. Just that quickly. It ended. The wind stopped. The hail stopped. The rain stopped. And it was over.

Somehow, I got to my feet. Every bit of me ached, like I’d been beaten with a board. I tried not to breath, because each breath hurt. I wanted to curl up on the ground, and cry until the hurting stopped. Until my body went numb from the pain.

Something made me move. I tightened the straps holding my pack to me. I checked my bow and arrows, and made certain they were ready. Then I walked. Almost due East. I didn’t know why, I only knew that’s where I had to go.

I didn’t walk far before I saw what was left of a farm. A pile of twisted, shattered boards was all that was left of the barn. It looked like some giant has crushed it as he walked along. I kept heading east. Another few minutes, and I came to a small town. Really, just a few blocks. A lot like my home town. Small. Everyone who’d lived there would have known everyone else, and they’d have all been friends.

Half of it was destroyed. Two bare foundations were all that was left of two houses. Several more houses were partly gone, like someone swept parts of them away with a broom. The others were left alone.

My brain cells screamed at me as I walked toward the town, “No! You idiot! That’s the stupidest thing you can do!” And it was. A single man, armed with a wooden bow and arrows, walking into a town that might have people in it. People who might have guns. People who might decide to shoot me.

But my heart told me I had to go in. I had to see what was there.

And that’s the day I found the little boy.

I heard him crying, calling, “Mom! Dad! Where are you!”

I knocked on the wall of the house he was in. The windows had been blown out, but the house was otherwise OK. “Anybody in there?” I called.

“I heard you calling? Are you OK? Are you hurt?”

“You stay in there, where it’s safe. If your mom and data are out here, I’ll find them. OK?”

I wound up searching the town. I couldn’t find anyone. I check all the good houses first. They were all empty. Most of them had been empty for a long time. Probably years. Their insides were wrecks, filled with dust, spiders, bugs, mice, rats, and God only knew what else.

Next I checked the wrecked houses, looking for any signs of life. “Anybody there?” I called out, knowing it was stupid to do, knowing it made me a target. But I had to try.

No one ever answered.

I found two bodies, one male, one female, in the twisted, shattered remains of a house. I knew they weren’t alive. I didn’t have to check.

It took hours to pull the bodies from the wreckage.

I went back to the house the boy was in. “Were your parents the only ones here?”

The boy came to the window. “Did you find them?”

All I could do was nod.

“Where are they?” I helped him through the shattered window, then lead him to the two bodies.

I let him cry. What else could I do?

We stayed in the town that night. The next day, we buried his parents. I told him who I was. Told him where I was going. Told him about Jessica, and Valerie, and the others. About the little town we were building. Then I asked him if he wanted to come with me.

His name was Billy.

“Well, Billy. We should get some rest. We’ve got a long walk ahead of us.”