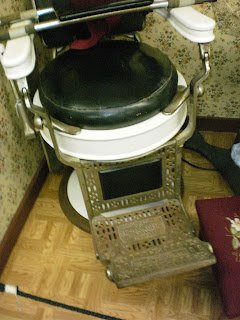 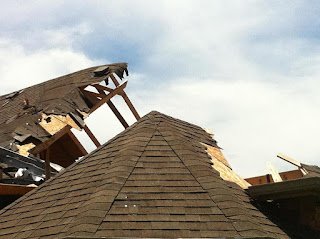 Todd was knackered and filthy. Neither Joan nor Fred had helped him sort Mary's body so it wouldn't be found easily. All they had done was bark orders at him whilst they ate through the picnic he had helped Joan pack. His mind was in turmoil, what had he gotten himself involved in. Normally the most he had to worry about was the odd nasty letter or a drink in the face when folk found out he was responsible for their termination.

Sitting alone with his thoughts he was startled when a bottle of water was thrown at him. "You should drink that before we get going."

"Thanks." He opened the bottle, noticing that the seal hadn't been broken so it was safe. He mentally chastised himself for thinking that either of his companions would be trying to poison him, what had happened had to be spur of the moment. Nothing in either of their files gave any indication of violence or even thrill seeking behaviour.

Todd downed half the bottle of the water the stretched his wet legs out in front of him. "Hey guys, what next?"

It was Joan who had thrown the water and it was Joan who approached him now. "Well we'll say that Mary grew tired with the treasure hunt and headed back to the hotel. We will continue and finish. That way no one will start looking for her until we get back." Frank interrupted, "If we play our cards right and suggest she hated this idea and threatened to go home, we might even have till Monday before anyone misses her."

Todd nodded as he stood, "You've thought of everything I see." He pulled at his damp trousers "I don't relish walking about in these but I suppose I have no choice." Grabbing his backpack he moved off following the stream, hating having Joan and Frank to his back but needing them to trust him he had to show no fear.

The small group walked in silence until the stream headed underground and the land sloped upwards. "I don't suppose anyone has any idea where the next clue is?"

"Not our problem, we'll walk for another few hours or so then head back to the hotel. We've been heading north, north west so as long as we head south eventually we'll find the hotel grounds."

Todd smiled at Frank, "Ok, onward and upward." He had put the incident with Mary behind him, if he were honest it saved him a lot of trouble. The fact that Joan and Frank had committed the ultimate crime was something he could use, he knew his bosses would believe him. This was certainly the weirdest assignment he had been given but at the end of the day he was convinced all would turn out fine.

After a couple of hours they came across the remnants of an old building, bits of shingle and tile lay amongst the leaves on ground. "Why don't we rest here for a bit, then we can head back." Todd watched as Frank dropped the rucksack he was carrying at Joan's feet "Fancy sharing out what's left." He then turned and walked a bit away from them.

"Where you going Frank?" Todd called after him.

"Just off to walk the snake, been a while."

Todd wandered closer to the building remains pondering how he would be able to get away from Frank and Joan long enough to report what happened to Mary. He was concentrating so hard that he didn't hear anyone behind him until he felt a sharp pain on the back of his head. He fell forward landing on his face with a thud.

Barely conscious he was aware of being rolled over then dragged closer to the derelict the building. Then he heard whispering "Are you sure we should do this Frank?"

"Yes, we can't trust him. As soon as we get back he'll tell everyone what we did. If he doesn't come back, then he'll take the fall when Mary is found.”

"But no one will believe him. We're a team, us against him. If we tell the same story he'll look like fool. No one at work trusts him."

"Sorry but I'm not willing to take that chance."

Todd moaned slightly and tried to speak, but the words refused to leave his mouth.

"I think leaving him here is good enough. Take this."

Through half shut eyes Todd saw Frank pass Joan a piece of broken wood. "No, please don't." But his words fell on deaf ears as the pair standing above him started to pound on him with the wood.