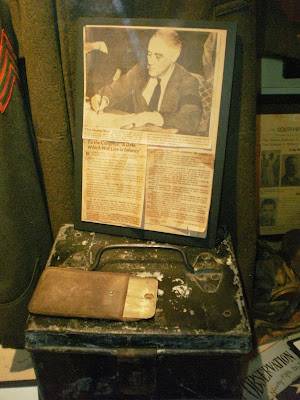 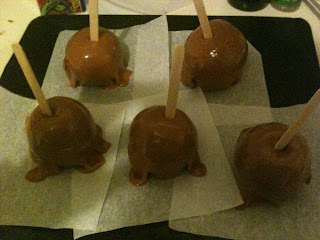 It is dark, long past bedtime, and breath-steamingly cold. Away from the crackle and bark of the scorched-heat fire you can look up and see a million stars. Honest, I’m not kidding. I try counting but get interrupted after about twenty-three because Maureen From Number Fourteen runs up breathless and says “Come on, gormless, stop catching flies! Mr. End-house is going to set off a rocket. It’s ginormous, Billy! It’s way too big for a milk bottle. He’s stuck it in a bit of drainpipe.”

She is so excited that she has forgotten that she still has her skirt tucked in her knickers from doing cartwheels earlier. She wipes the snot from her top lip with her cardigan sleeve and skips away between the grown-ups, who are mostly standing around drinking hot grown-up drinks that make them giggle and touch each other. I follow Maureen From Number Fourteen’s floral knickers, stars forgotten. I desperately want to see a rocket big enough to require a drainpipe launch.

We round the crackling bonfire, the pile of blazing detritus that the villagers have been piling here for days ready for this Guy Fawkes Night – old chairs, bits of gate, felled trees, Number Thirteen’s door that they had replaced. It’s a grand inferno now, and the gusts of heat make my face tingle as I run round it to the field where they set the fireworks off. Sparks fly up to die in the dark above it.

“Ayup, Billy Ingleton!” shouts Mrs. Her-next-door from a trestle table nearby, “do you want a toffee apple, you little scamp? They’re nearly all gone!” Mrs. Her-next-door is a big woman with chests like pillows and vermillion lips that leave a mark on your cheek if she kisses it. I don’t like it when she does that, or when she ruffles my hair, but I do like her toffee apples. The ones you get at the funfair have a crisp shell, bright translucent red. Mrs. Her-next-door’s are more opaque and softer to the bite. You can nibble the toffee off the apple and roll it into a pliant ball in your mouth, to chew and suck until it melts away to nothing. I liked the bit where the toffee had pooled around the apple where it stood drying after being dipped. It was lovely and thick there. Mrs. Her-next-door’s toffee apples are the best toffee apples in the world, bar none.

I am torn. I don’t want to miss the ginormous rocket, but there are only two sticks left on the tray on the trestle table. I decide to risk it, and swerve towards the table. As I pick up one of the top-heavy, flat-peaked brown spheres Mrs. Her-next-door ruffles my hair, then bends and kisses my cheek. I can see down her blouse, her smooth cleavage like a folded quilt. She smells like new-mown grass on a sunny day.

“Thank you,” I say, politely, rubbing the back of my free hand against my moist cheek. Red comes off on it.

“A chip off the old block, that’s what you are. You’ll break some hearts in a few years.”

I have no idea what she means so I say thank you again. Manners are important, Mam says, because manners show respect and cost nowt.

I turn quickly, feet slipping a little on the grass, and scamper after Maureen From Number Fourteen. I reach her just as Mr. End-house lights the blue touch-paper at the bottom of the biggest firework I have ever seen. It is easily taller than me. A dull red glow appears, and the onlookers all stare at it, waiting breathlessly for the thrust of sparks.

“You’re showing your knickers,” I whisper to Maureen From Number Fourteen, and she extricates her skirt.

“Thank you,” she breathes. Manners show respect and cost nowt. I nibble the toffee from my toffee apple. It is smooth and rich. A few sparkles appear around the red glow.

“It’s going!” squeaks Maureen From Number Fourteen. She grabs my hand tightly. I don’t mind. I strip more toffee with my teeth, a good long piece, and roll it on my tongue. The tail of the rocket spurts gold fire, and before I can swallow my toffee to gasp it is amongst the stars, trailing silver-gold sparks and cracking the air with a fiery hiss. It curves like a phoenix before bursting into a blinding ball of green and silver points of brilliance.

“Ooooh!” goes a man’s voice from dark bushes nearby. It sounds like Dad, so I release Maureen From Number Fourteen’s sweaty, sticky fingers and go to investigate, like Dick Barton off the wireless. I lick the last of Mrs. Her-next-door’s toffee from the apple. When the person who invented toffee apples decided to put an apple in the middle instead of a big ball of chocolate, that’s where he was stupid. Apples are fruit, and fruit is boring. I use the heft of the apple on the stick to fling it directly into the bonfire, where it hisses and disappears, raising a brief flurry of sparks. Fruit - ugh.

“Ayup, Mr. Ingleton,” says a woman’s voice from the dark bushes, “Now THAT’s what I call a toffee apple. You don’t mind if I have a quick nibble, now do you?”

I think it’s ever so nice of Mrs. Her-next-door to go and find Dad in the bushes and give him her last toffee apple. Manners show respect and cost nowt. I can’t wait to tell Mam.