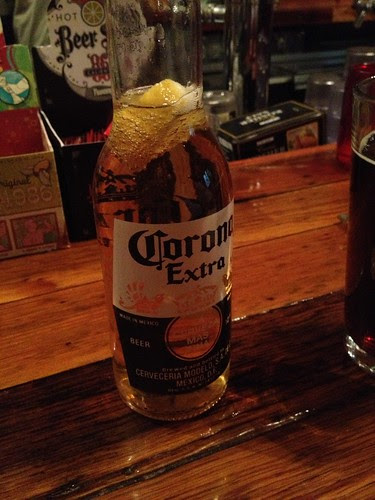 On the fifth morning of my walk home, three wolves were waiting for me outside my tent. There was a time I would have wet myself, and screamed like a girl when I saw them, because I knew I would their lunch. But that time ended when Jessica found me. I knew the wolves were there to show me something, and I knew to follow them. I’d seen them ask Jessica to follow them enough times to figure that out.

One of them did its best to smile, which was downright scary. Looked more like it was baring its teeth, getting ready to have a Frank sandwich for lunch. But it nodded its head. I found myself wishing I could talk wolf, like Jessica.

I quickly gathered up my tent, putting my backpack together, while the wolves waited for me. Then, I followed them. They kept taking turns on which one stayed with me, the slower than hell human, while the other two ran ahead, making sure the way was clear.

I watched the sun getting lower in the west. “At least the directions of a compass still work.” North was still north. West was still west. Sometimes, I wasn’t so sure about South and East. It was like all the bad things happened to the South and East.

As the sky started to turn shades of pink and gold, the wolves stopped. I heard voices ahead. They nudged me, and I took the hint to walk toward the noises.

Into a clearing. A big one. It looked like an old city park. There was a paved road next to it. And an old bus stop next to that. Carefully spaced trees filled the park. An old building stood on the far side of the park.

The voices came from a couple of dozen people at the bus stop. They were carrying suitcases, backpacks, and bags, like they were heading somewhere. I heard a bus engine, and watched a full-sized bus with an old Greyhound logo on the side pull up. Everyone got on the bus, and it drove off.

No one remained at the stop.

And all the noise stopped. That’s when I heard her. Weakly begging for help. That’s when I saw her. Among the neatly spaced trees of the park. Naked, of course. Very visible bruises on her face, and arms.

Hell, it was obvious what had happened.

Of course, no one at the bus stop had helped her. No one would. The male gangs use girls like her as bait. They suckered people in. Then killed them, and took all their belongings.

The wolves entered the clearing. One came up to me. The other two were a hundred or so feet to either side. Their eyes constantly scanned the area, their ears constantly twitched. I heard an eagle scream, and looked up. There were six of them circling overhead.

The wolves and eagles knew I had to help the girl. They knew it was in my blood. That I couldn’t leave her there.

I crossed the street, wolf by my side, and made my way through the park to the girl.

I didn’t talk to her. I didn’t touch her. I tried not to look at her at all. I put my backpack down, and pulled out my only other shirt, and pants. I took my canteen, and my clothing, and put it on the ground in front of her. I turned away, and acted like I was keeping guard over her. Watching to make sure she was safe.

I thought about the type of animal men that hurt girls like her, for no reason. Other than to get their rocks off. I wondered what kind of animals rape a girl for hours on end, beats her half to death, and leaves her to die.

I knew there was no answer. How could there be an answer? It was like the world went insane. Like the human race suddenly decided to destroy itself. I’d never understand it. I’d never figure out why.

The wolf next to me growled as it moved into an attacking stance, ready to pounce. The other two magically appeared short distances to either side, teeth barred, growling, with ears laid back.

Six men dropped out of trees. Scrawny men. Looked like they hadn’t eaten in days.

The wolves moved between them and me, and the eagles screamed as they dove at the men.

At least the men were smart. They backed up, held up their hands in the universal sign of surrender, and one said, “It’s cool. It’s cool. You want her? She’s yours.”

We guarded the girl while she washed her face, and a few other places. Here abusers had left a lot of stuff on her. Then, she pulled on the pants and the shirt. One of the wolves crawled up to her, getting low to the ground, wagging its tail, making little “yip” sounds. Looked just like a happy puppy. A happy gigantic puppy that could tear a man to shreds, and then eat his heart out.

I heard her whisper, “Yes.”

The wolf put its head under her hand, and rubbed up against her leg.

“It’s time to go,” and I started back the way I’d come. She slowly followed.

We walked another hour, in the dark, until I felt we were a safe distance from the park. I stopped.

“Here’s a good place to rest.”

I put up my tent. Big enough for one. I unrolled my bed covers, as meager as they were, in the tent. I pulled out two bags of nuts, and the last piece of jerky I had. I put one bag and the jerky down on my empty canteen, in front of her.

“You can sleep in the tent tonight. I’ll stand guard.”

We didn’t talk. We sat in the dark. Eating what little food I had left.

“I wish I knew how far it was to the camp.” I had to say that out loud. Let her know I was taking her somewhere. “Valerie will be able to help you more than I can. Hannah too.” I wanted her to know there were other women where we were going.

She wandered into the trees after a bit, one of the wolves went with her. One of those mother nature calls we all have to make. I wondered if she’d come back, or if she’d run. But I didn’t follow her. I waited.

When she returned, I pointed at the tent. “Get some sleep.” She crawled in, and pulled the opening shut. The wolf taking care of her parked itself outside the opening.

I didn’t sleep much that night. Neither did she. She had nightmares. Bad ones. Woke up screaming. Lots. She cried.

I wondered if I could find enough guns, and bullets, to kill all the animals on Earth that hurt people like her. I knew I’d try to find a way. I knew there’d be less of them in the world before my time was up.