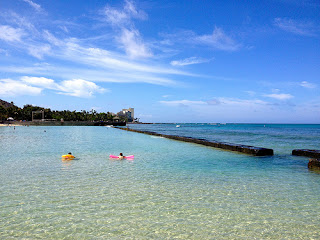 Title: Aim and Shoot with a Chance of Sandy Shores: The Rabbit Hole Part 7

“Tell me one more time.”

For once, Samir didn’t give me that look. He didn’t sigh, or roll his eyes. He took my hands in his, and once again, I had that sinking feeling that I was going to die. “I wish we have time for me to tell you one more time…” I was smiling before he finished what he was saying, and I wasn’t sure when he started to have that effect. “But we don’t. They’re coming. And I need to get going. So do you. This will only work if we both can do what we need to.”

“I am really bad at high pressure situations,” I gulped.

“You used to be. You were when I first met you. But you’re the fastest learner I’ve ever known and, you’ve gotten really good quite quickly.”

“Truly not,” he said, shaking his head. “I can explain in great detail later if this works.”

He let go of my hands. “I’ll see you in 22 minutes.” He tapped the band on my wrist. It was like a bracelet--a metal bracelet, but it was oddly flexible. It could do all sorts of neat things like tell Sam right where I was, or lead us straight to each other, or set a countdown for when I should be in an exact place at an exact time to shoot a not-so-exact weapon. That was what it was going now.

“22 minutes,” I confirmed, surprised my voice wasn’t shaking since everything else was. He turned and jerked the door open, leaving it ajar as he jogged off. I tapped the gun, light as a toy, similar in appearance against my leg before I realized if it accidentally went off I could very well kills us where we stood. Because I wouldn’t be able to get to where I needed to be, and we would fail. And though, Sam hadn’t said it, I knew that’s what failure meant. Death. For both of us.

I peeked my head out into the hall. It was clear. It should have been. The other agents wouldn’t show up for another three minutes if Sam had timed it correctly. He knew how long it took to track someone. He knew how many people were after him. He knew the protocol, the plans, the weapons. And he had constructed a plan that considered how long it would take all of us to end up in the same place.

They would shoot for him first. Flank him and follow him to an open space that they will realize is a trap only seconds before I shot them. Or that was how it was supposed to go. That was the plan. I trusted Sam’s calculations, his expertise, but that didn’t stop me from quaking in my newly broken in boots.

After all, I wasn’t an agent of anything. I would never want to be so important. I refused to be my high school’s secretary--running uncontested--because I didn’t want the responsibility. What if I took terrible minutes? What if I missed out on notifying someone of...something? I didn’t want to owe anything to anyone if I could help it.

And right now I owed Sam a quick jog to a very specified location and survival. I had to not die to keep us both from dying. And it was possible that an agent might leave the group for me. More than likely not were Sam’s words. But there was still a chance. And I would have to be ready to defend myself. Or run and hide. Probably run and hide.

My wrist beeped to tell me to hurry the hell up, and I started running, trying to breathe through my nose, trying not to let my feet hit the ground too loudly. I neared a corner and the band gave a scream--the loudest, shrillest noise I’ve ever heard. I automatically dropped to the ground as I came to the opening and a whoosh of air brushed my head. The small whoosh was misleading, as a roar of dust accompanied it. I lifted my gun and pulled without even really seeing where I was aiming, or who at. I realized I might have hit Sam as the dust began to settle and I slid against the wall toward whoever it was, gun still raised.

A form began to take shape, and it definitely wasn’t Sam. This man was a few inches taller, with linebacker shoulders in a snug suit. And he was really, really angry. His face was twisted, eyes crinkled like a snarl and his mouth was simply a flat, shaking line; his nostrils were flared like a bull’s. But he stood absolutely still. Frozen. At least, in time. His body would still be warm. I wondered if he still breathed and took a step closer. His eyes didn’t move. He couldn’t see, or at least couldn’t move his eyes.

My wrist band trilled. We were going to be late. I slid back down the wall, hoping he couldn’t see my face. I went racing down the hall, now relying on the watch to warn me, because I couldn’t be even a second late. Or it all fell apart.

A stitch began to burn into my side and I was panting air like I’d run a marathon. I could see where I needed to be. It was the beginning of a lifted walkway--it overlooked that great space that Sam was going to lead the other agents to. The band was oddly silent as I skidded into place right as Sam rolled into sight on the floor below me. A gash was open over his right eye and trailing down his cheek. He gave me a thumbs up, but then he crumpled to the ground.

I couldn’t help. I screamed. In the next heartbeat, two agents ran into view. I took a quick breath and as Rambo as you can go with a time-freezing gun, I did. I’m pretty sure I hit them within the first four to five shots, but I kept firing until I saw Sam stand up.

“What are you doing?” he called. I just stared at him. “What’s wrong?” My eyes started to water, and I think he realized what was wrong. “Come down here, Aniyah.” I did, but I took my time. When I was standing beside him, he pried the gun from my hand and put it into his bag, and then held me by my shoulders, at arm’s length. “I’m sorry. I had planned on being out of the way, but when they split up, there was no way for me to get them both within your shot without being right in the middle of it.” I tried to stop my lip from shaking. I did a terrible job and wished for the billionth time that I was a stronger woman, a stronger person. I just couldn’t stop the burning in my eyes, no matter how much I tried.

“I’m sorry,” he said again. “There was no way to warn you.” He hugged me, and I finally let out a long, shuddering breath. Only a few tears fell. “Now, we’ve got to get back to work.”

We had to store all the bodies in one room. Moving them made me want to throw up. They were their own weights, but still...absolutely still, like tables. Samir assured me they were not aware of anything--frozen in that exact moment until released. I asked him why they hadn’t used the same weapon on us. He said because it was his prototype and no one knew about it. No one could. He would have to figure out how to make sure they didn’t remember.

I asked how they wouldn’t be traced and discovered. He set down a tiny triangle in a corner.

“That meant nothing to me,” I said. “I don’t know what that triangle thing means.”

“It means that there will be no trace that there has been any recent travel to this area.”

“It…” He seemed to search for the words. “Would block the tracer’s signal.”

“Are you explaining it to me like I’m five?”

“I think we should.” He turned away from me and threw his arms apart. A hole appeared.

“What about your face?”

“It can wait until we’re settled. Arms in,” he said, tucking his arms to his side. I followed suit and then followed him in.

When we stepped out, he tried to catch me, but I wasn’t ready for sand and fell onto my hands and knees, covering myself in moist sand.

“I thought a little beach time might help calm our nerves,” he shrugged. I looked up at him and hand to hold my hand up against the sun. It had been evening where we last were.

“We can take care of that.” He held his hand down and I let him tug me out of my self-dug pit. Maybe beach time wouldn’t be terrible.