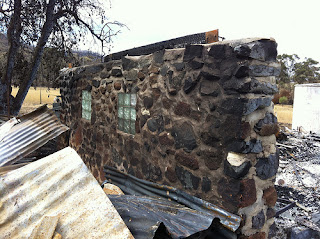 Ciel shrieked at the sight of Melinda's ruined face, unable to look away.

Melinda stumbled back, turning her face away from Ciel's shocked expression. Already off-balance from Janice's dead weight draped over her shoulder, Melinda's feet went out from under her when the heel of her shoe came down on a pile of the slick playing cards.

Ciel lunged forward and caught Janice's ankle as Melinda went down hard, slamming the back of her head on the concrete floor. It was close, but Ciel managed to tug Janice out of harm's way. Janice landed on top of her aunt, both of them out cold.

“Shit!” Ciel breathed hard, her heart rate rocketing until her pulse throbbed at her temples and throat. She shot to her feet and rolled Janice's limp body off Melinda, then looked around the room. Rope wasn't among the myriad items available on the shelves in the bunker, so Ciel settled for stripping the sheets from the cot and using them to bind Melinda's hands and feet. Ciel studiously avoided looking at Melinda's ruined face while she worked.

Propping the heavy metal door open with a chair, she went back and struggled to lift Janice's slack body from the floor. By the time she finally made it into a hunched-over crouch with Janice's arm pulled tight around her neck, sweat dripped along Ciel's hairline and trickled down her spine. Despite the exertion, she shivered from a chill that emanated from within.

Ciel managed to half-drag, half-carry Janice across the bunker. She was determined not to take a break until they were safely outside with Melinda locked inside.

With one final mighty heave, Ciel propelled the two of them through the door and propped Janice against the wall just outside. Ciel slammed the heavy door shut and rammed the bolt home, reveling in the finality of the tumbler snapping into place. With a cry of relief, she rested her forehead against the cool metal and panted.

Janice slept on peacefully beside the door with no idea of what had transpired. Ciel smiled and shook her head. Her breathing finally normalized, and she lifted her head to take in their surroundings. The hallway outside the bunker was dim; the only visibility came from a weak light bulb located at a bend.

Feeling more secure with Melinda tied and locked up, Ciel decided to locate the exit before attempting to carry Janice any farther. To the left of the door, the shadows morphed into complete darkness, but to the right was the bend in the hall. Ciel made her way to the corner and peeked around cautiously—another short hall with another light at the end. She followed it to the next bend and entered a small, dark room. The shadows concealed another door, which Ciel pulled open once she came across it. Before her was a steep stairway reaching up into complete darkness. Ciel wailed in frustration. How would she ever get Janice up all those stairs? And where did they go?

Behind her, Ciel heard muffled thumping and yelling. Her heart raced, and she had to remind herself Melinda was tied up and the door bolted shut.

She decided to climb up alone first. The damp stone steps seemed to go on forever. Once the darkness surrounded her, Ciel used the metal railing along the wall to keep her balance and anchor her to orientation. Eventually, the top of her head bumped against something solid, and she realized it was a trapdoor.

The slab of metal was heavy, but Ciel managed to open it after a few tries. It flipped open with a metallic bang! A light powdering of dust sifted down from the edges of the opening, and she shielded her eyes. Ciel climbed out, squinting against the murky light. When her eyes adjusted, she glanced around. The trapdoor led Ciel to the middle of a pile of charred wooden beams, powdery bits of plaster, and remnants of broken and burned furniture. One outside wall still stood, the only clue that this was once a small stone cottage.

Ciel picked her way through the rubble until she reached the perimeter, happy to step onto solid ground. The destroyed cottage was in the center of a huge rolling field of grass surrounded by trees. She ran around the ruins, looking in every direction. A nondescript blue sedan was parked on the other side of the stone wall—probably how Melinda had arrived. Ciel circled the car, trying all the doors, but they were locked.

It seemed she was in the middle of nowhere, and the keys to the only method of transportation were likely locked in the bunker with Janice's crazy, pissed off aunt.