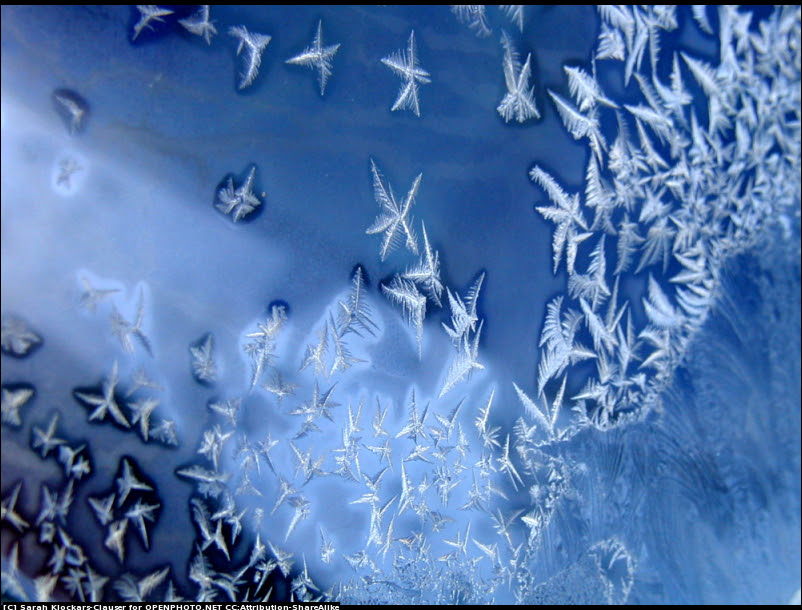 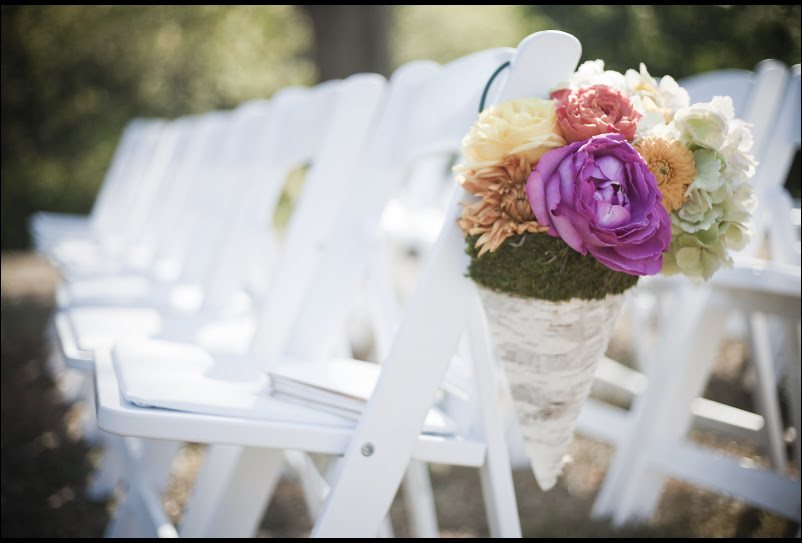 There are moments in time that can break a man. Glen feared he was rushing headlong into one of them. Following Mara down streets increasingly lit by the rising sun was risky enough. What really had his back and gut muscles clenching with tension however, was the fact he was following her home.

Constantly scanning the houses they passed for any signs of movement, he tried to rationalize his choice. According to Ben, government men were staking out the place Glen had been hanging his hat for the last three months. That wasn’t a shocking development, because it wasn’t the first time he’d been found. His UV Tolerant status made him prey, not only for the government men looking to harvest every ounce of his blood and skin cells, but for any poor UV Intolerant soul out there desperate for whatever pathetic reward they’d collect for turning him in. The world was a fucked up place.

It hadn’t always been this way. In the beginning, officials had attempted to round up the small percentage of the immune population and put them to use, desperate to fill essential services positions. Anyone skilled in the medical or working class fields were lauded while hundreds of local non-skilled citizens had been drafted into military and police forces. Unfortunately, true UV Tolerance had been slow to show itself. Some people exhibited an odd kind of limited immunity—his wife and son among them. They were fine at first, then, as time passed, they too began to wither.

As the fatalities accumulated, the government, what little remained of it, had quit their desperate stop-gap measures and began to view the speculated two percent of the world’s population with true immunity in a new and alarming light. The round-ups changed, taking on a sinister twist.

Six months ago, Glen had walked into a trap and found himself handcuffed in a van on his way to one of the so-called medical centers set up to find a cure. He’d heard enough about those places to make his blood run cold, his bowels turn to water. A whole lot of desperation and a little ingenuity led to Glen sneaking up behind the driver and putting his handcuffs around the front of the man’s throat. The other UV Tolerant capture in the van got with the program quickly and helped drag the driver away, taking control of the van in time to avoid a nasty collision with a large tree. The man’s name was Ben.

Glen shrugged his shoulders in his jacket, wishing he could shrug the memory off the same way. Despite Ben’s help and the fact they shared UV Tolerant status—a rare thing in this town—Glen wouldn’t call the man a friend. Ben’s appearance at the church had surprised him, actually. After the escape, Glen had helplessly watched Ben pull the driver’s gun and shoot him point blank in the chest. The unnecessary murder had lit a rage in Glen he’d never experienced before and hoped never to experience again. To say he and Ben hadn’t parted on the best of terms would be an understatement.

Looking over his shoulder, Glen searched for any sign they were being followed. Ben had said he repaid his debts, but given the fact Glen had not only helped him escape a fate probably worse than death, but pummeled him to a bloody pulp with his fists at the side of the road minutes after, it was impossible to know which debt Ben was attempting to pay.

Glen decided it would be smart not to take any chances. He wasn’t going to walk into another trap, especially not with Mara. He didn’t consider himself a violent man, despite what he’d done to Ben, but watching her walk, no sign left of the traumatized young woman who’d allowed him to comfort her in the church, he knew he’d make an exception to protect her. No rage needed at all.

As if she knew he was thinking about her, she slowed her pace and looked over her shoulder, probably wondering why he was lagging behind. Catching up with her, Glen caught her arm.

“How much farther?” he asked, trying to take in everything around him, looking for any sign they were followed.

“A few minutes. It’s just another block up that way.” She gestured north, watching him intently and picking up on his mood. “What’s wrong?”

She bit her lip, and it reminded him of how her mouth had felt under his when he was pretending to kiss her to throw off the military men with their jeep full of stolen horse meat. It was the last thing he needed on his mind, and he forced himself to refocus.

“Listen,” he said, giving her his full attention. “I don’t trust Ben. We aren’t friends. It’s a long story, but I’m worried about being followed. I don’t want to lead anyone to your place. Let’s double back a few blocks, look for a tail.”

She looked around, her complexion paling.

“Don’t look. Pretend we’re just talking.” He began to walk again, and she matched his pace. Letting go of her arm, he stuck his hands in his jacket pockets. He wanted to look unconcerned, but it was also damn cold. Despite the sun gaining height in the sky, a chilly wind promised a cooler than average day.

They passed a parked car, its windows decorated with patterns of frost, tires deflated. It’d clearly been there for a long time, layered in grime, a sad hulking relic that mocked everyone with how much they’d taken for granted.

They took several turns, Glen relying on Mara’s knowledge of her neighbourhood to direct them. Nothing moved aside from the rapidly yellowing leaves on the trees, their edges curled in, veins appearing red in the early light, as though they were bleeding out the last of their life. Their rustling broke what was otherwise a deep silence. If Glen hadn’t long since become accustomed to it, the quiet would be unnerving.

They passed a few houses with windows solidly boarded up. Mara leaned a little closer to him, her voice pitched low. “The Grant’s live here. Or what’s left of them.” She swallowed audibly. “I grew up with their daughters, but they’re both dead now. Last I heard, their son was sick, too, but I don’t know...” Trailing off, she shivered, though whether from the cold or the topic, Glen wasn’t sure.

“I need to get home. The boys will be tired, wanting to go to bed. If I’m not there soon, they’ll be scared. I’ve never left them alone this long.”

Glen nodded. “I haven’t seen anything suspicious. You?”

“No, but...” She looked at him, worried. Dark circles lay under her eyes, heavy and bruised looking in contrast to her pale face. Fatigue made her steps falter as her gaze darted around. “Hardly anyone lives here anymore,” she told him. “A lot of people left in the early days. My parent’s felt it was safer to stay here since none of us were sick. Our close neighbours are long gone. They all packed and moved to be closer to the town center. We still have electricity, but it’s sporadic. Dad had a generator, but we haven’t had gas for it in...ages.”

Recognizing the nervous reason for her sudden chatter, Glen caught her hand and squeezed it gently. Her fingers were stiff and freezing cold.

“We should separate,” he said.

“Mara, listen. It’s me the government men are on to. I doubt they know about you. We aren’t being followed now, but that doesn’t mean they won’t find out where I am. If I stay with you...” He left the sentence unfinished.

She spun to face him, stopping their forward movement. “Where would you go?”

“I have a few places I know of that are empty. I can hide out. I’ll stay low, hidden.”

Her pretty eyes seemed to spark with sudden emotion. “They won’t lose interest in you, Glen. You know that, right? There aren’t many of us. They aren’t going to give up and go away when a healthy male in the prime of his life is right under their noses. They’ll track you until they find you, and then they’ll take you. You’ll end up in one of those places where they peel your skin off in strips so they can look at it under a microscope. Take your blood to test it until you’re so weak you can’t get out of bed. Eventually they’ll go after your organs, dissecting you piece by piece.” Her voice rose, anger and maybe a touch of panic.

Glen cut her off. “I know, believe me. But I can take care of myself.”

She shook her head. “Strength in numbers. Look at what happened tonight. You think I’ll be safer without you, but if you hadn’t found me last night, I’d be dead.”

Glen’s pulse leapt at the thought. It sunk his teeth into him, filling him with a dread he hadn’t felt since his wife and son had gotten sick.

Cursing silently, Glen looked down at Mara and realized she was officially under his skin.

“I know what you’re thinking,” she said, tone becoming quiet. “You think you’re better off on your own. No attachments. I get it, I do.” She smiled in a way that didn’t reach her eyes, the curl of her lips rueful and sad rather than amused. “Everyone I knew and loved, aside from my brothers, are gone. Until you, I’d given up on the idea I’d ever have another friend. I won’t tell you what to do, Glen. It’s your life. But right now, I think you have a better chance not being alone.”

He wanted to tell her no. The refusal formed in his mouth, and then it got stuck there.

Sensing he was wavering, she let go of his hand. He instantly missed the feeling, a wave of loneliness creeping in. He watched her set her shoulders and look down the street. “I’m going home. Come if you want.”

She started walking without looking back. Glen stayed in place, torn. He admired the straight line of her spine and the swish of her hips. He remembered the way she’d brandished the candlestick in the church, ready to defend him, fierce and brave.

Glen knew he was making a mistake, and he followed her anyway.