Samantha Lee Week 118: Just Another Day Trapped in a Hole 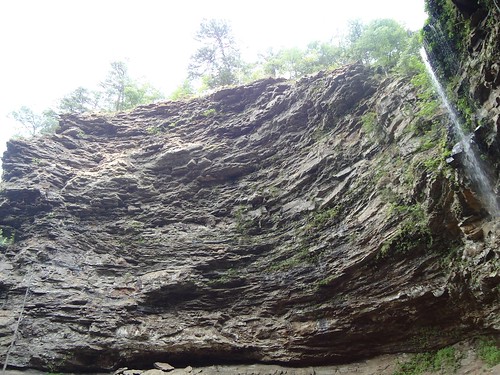 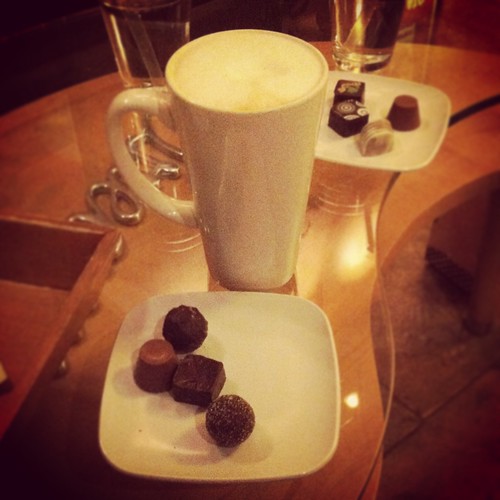 Title: Just Another Day Trapped in a Hole

"I don't see why we can't just Magic ourselves out of here," Darien grumped, looking up at the ravine's sheer cliff face. "Preferably before I get any hungrier."

Kostya spared him a sharp, angry glare but kept his focus on the rock surrounding them, studying it as though the secrets of the universe were hidden therein.

In contrast, Fi laughed, taking one his hands in hers and twirling herself around him like a prima ballerina. "C'mon, D, where's your sense of adventure? Let loose your reckless streak, wolf - this is FUN!"

Darien nearly choked as a laugh, a sob, and a growl all tried to force themselves out of his throat at the same time and Fi laughed again. "There is nothing 'fun' about being trapped in a ravine, Fi," he told her cooly. "Not a single little thing. I'd think you of all people would literally be climbing the walls to get out of here."

Fi snorted and shook her head, flinging her arms wide as she turned her face up towards the sun. "Are you kidding? I've got fresh air, blue sky, and friends for company. It's practically paradise."

"Is that why we're not using Magic to get out of here?"

Kostya growled, the tone more frustrated than angry. "Darien, have you tried to use any Magic since falling down here?"

"No Magic in the bowl, silly wolf," Fi told him. "Not unless you're the spoon or the oven."

Rolling his eyes, Darien stalked over to sit on a fallen tree trunk, ignoring Fi as she continued to prattle on. He had no doubt that his big brother was listening to every single word, responding appropriately as needed, and devoting just the right degree of attention while also thinking through their options and working his way toward saving the day.

Not that Darien had inferiority issues or anything.

It didn't help that it was Darien's fault they were stuck down there in the first place. Fi had wanted to learn about hunting and the three of them had shifted, Darien and Kostya into wolves, Fi into a sleek, silver puma. Darien and Kostya were born werewolves, their instincts as natural as breathing, but Fi was Noble Fae; the wild that lived inside her was of a different breed.Her affinity for cats allowed her to take their forms, but unlike the werewolves she didn't possess their instincts, thus the hunting lesson.

Which was going well until Darien spooked their quarry, sending it careening into Fi. Kostya had leapt to help her but so had Darien and the four of them had come crashing down into the ravine. Their quarry had broken its neck, Kostya had lost his temper, and Fi had been...Fi. Neither had blamed Darien; both had simply accepted their circumstances and gone about trying to resolve them. It drove Darien bonkers.

"D?" Fi came up beside him, her oversized eyes as bright a blue as the sky above and filled to bursting with concern.

Turning away from her, he shoved both hands up through his hair but it didn't help; he stayed beside him, waiting. "What?"

"We should go back and get the deer."

"It wasn't a deer, Fi - it was a wildebeest," he corrected her for what seemed the twentieth time.

"We should go back and get the wildebeest then."

"Well, we're still going to need to eat tonight, no? I've never eaten wildebeest before. Have you?"

Darien sighed. "Once or twice. I prefer deer."

"Being prey. You spend all day, every day, being constantly vigilant, trying against all odds to avoid being trapped or alone or injured...it's exhausting. I wonder if...if it's a relief when the predator finally ensnares you and you can finally rest."

Darien shrugged. Truth be told, he never gave his prey much thought beyond the kill and the taste, no more than he wondered about the cows, sheep, or chickens that gave the meat bought at market. "Apex predator," he said simply.

"There's no such thing," Fi countered. "Not really. We're all of us hunted by something, some of us are just more aware of it than others."

Darien shook his head. Werewolves had been created by the Fae to cull the vampire hordes. A long ago Fae king with an affinity for wolves had taken his loyal pack, fused their souls with those of human warriors and their families, and given one hell of a power boost to seal the deal. Darien not only healed fast but regrew lost parts as well. He could rip a castle wall apart with his bare hands and run more swiftly than any team of horses. He would live in the prime of physical fitness forever, barring injury to the contrary. The top of the food chain was a nice place to be.

Fi sighed. "D, you're an apex predator trapped in a hole you can't get out of with only a single wildebeest for food and no water."

She had a good point. What he needed to do was get them out of there.

"Preferably before nightfall," Fi requested. "I don't like the dark."

She grinned and threw her arms around his neck once again, hugging him tight. "Of course you will, D - and I'll protect you too."

Yup, definitely had to think of a way out of there now.