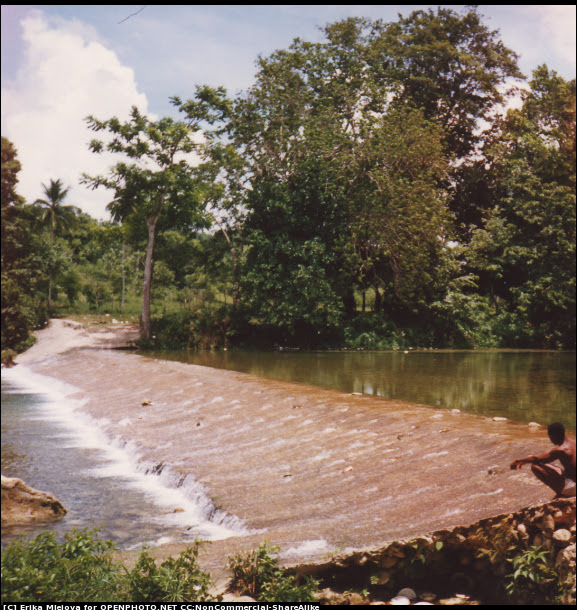 Paul lay on the bed in the tiny room and let the fan dry him out. It chilled his water soaked clothing, taking the edge of the stifling heat. He didn’t care that the bedding would be wet – or the mattress underneath, none of those things mattered anymore.

He found it hard to be anything but relieved. He knew he should feel some kind of emotion, but he didn’t. People talked of remorse, they talked of guilt, of carrying a burden for the rest of their lives, but there was none of that – yet.

He could only lie there and think of the softness of her neck; how silky it felt under the water, how small it was in his hands, and how easy it had been to squeeze.

He had imagined that it would take longer, that she would have fought more, but maybe the water sped it up, as she gasped for breath, her lungs filled. And the strong under tow of the weir had tugged at her clothing, keeping her under without much effort on his part.

Paul had met Lucy at a local pub, and they’d fallen for each other by their second date. For the first few months he’d lived and breathed her, until the fateful night he’d popped the question. Nothing had been the same after that, her definite ‘no’ throwing him completely. And although she’d been right, they hadn’t known each other long, and they shouldn’t rush into it, he never quite recovered from it.

The love he had for her became tainted, the passion turned to anger, and he struggled more and more to be loving towards her. And she in turn responded by withdrawing; the hurt he was putting through apparent in her sullenness, and the occasions he would find her crying. She wouldn’t speak to him though – she daren’t, his rage would become overwhelming if she tried. And his emotions would twist even more as he watched himself doing this to her, until he knew it had to end somehow.

He’d run through all sorts of scenarios in his head about leaving her, but he couldn’t bear the thought of her still being out there, knowing that eventually there would be someone else; someone touching her, holding her, even loving her. He couldn’t have that - if he couldn’t have her, no one else could, and that was the truth of it; he never felt he’d never quite won her. Her rejection of him as her husband had clarified that, and rather than continue to try, he had destroyed her, justifying her reasons not to become his wife.

The dripping from his sleeve brought him too, and he shifted his arm into the breeze from the fan. There might be no emotion about her death, but he still burned with the pain of her rejection; he hadn’t managed to kill that.