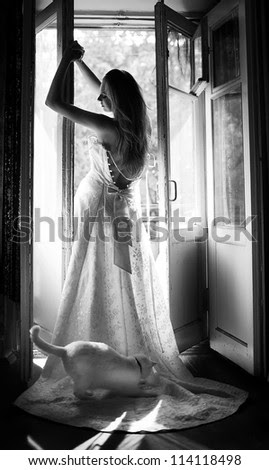 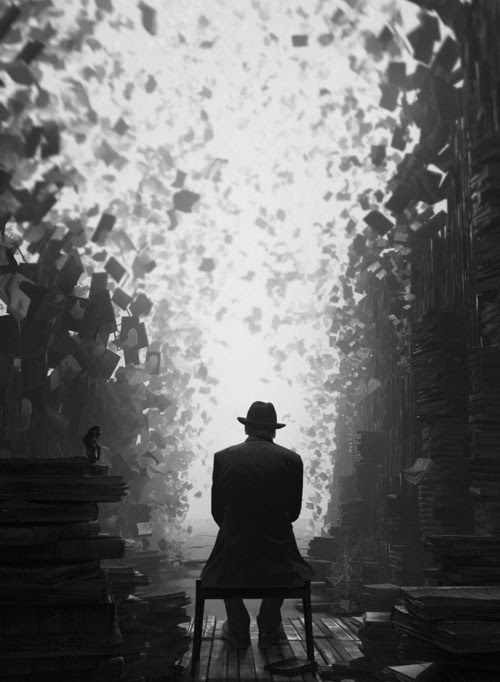 Title: The End of the World (As We Know It)

Throughout the years, throughout the worlds,
He had seen many a’thing:
gods, destroyers, Martians that loved to sing.
Universes of water, worlds of fire, hell on Earth,
Even peace for mankind. But of all the things he had seen,
Nothing had ever swayed his decision to end it all,
No, nothing even caused him to lean,
Until he found a young woman, a Fate,
With a library to shame all others.

She let him have a seat, for an old man’s sake,
Gave him a glass of water, navigating the towers with ease
her blind eyes at home in her literary catacomb.
He asked her why she did this, what was the point
If she’d seen the truth? She told him it was the right thing to do,
That he had wounds as big as the universe to soothe.

No, black holes, no brown dwarves could eliminate
The pain; he had lives and lives of it,
Enough to open his own dedicated plane.
Life as we know it would end, she concluded, patting his shoulder,
But it would start anew in the morning, like it always did.

Because as insignificant as humans are, she concluded,
Wandering off in the wobbling stacks,
They have the miraculous ability to hope. And they’ll hope
For more, even as others burn the world around them.

So burn it, her soft voice whispered, they’ll rise
From the ashes still.

And the man let go of the things that he’d seen,
The places he’d been; he let go of horror and tragedy,
Despondency and ill. The towers of book shimmered and shook
And took on a light all their own. The glow was nearly unbearable.
But he would sit the world, observe the seeds he had sown.

The ceiling opened up and the universe gave a great crack:
It would demolish and wither, shrivel and die,
But sometime the next morning, it would come right back.