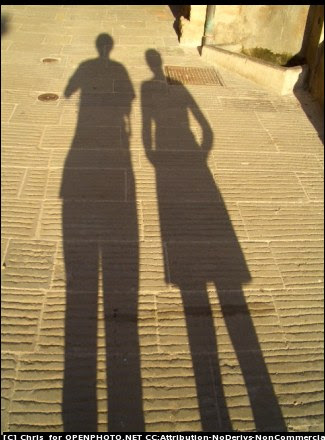 The world shrieks and sinks talons into our hearts.
This we call memory.
~Tim O'Brien~


Robyn’s hand shook as she snapped the cell phone shut. Too late now to take it back, sweep it under the rug or hide it in the attic. You didn’t phone someone from your past and invite them into your screwed up present, only to call it off thirty seconds later. It probably happened all the time, but not to men like Shen Lei and not by women like her.

She put on a fresh pot of coffee and went out to the terrace. The city was in shadows, that cool beautiful indigo of dawn kissing the evening goodbye. Lights winked like old friends with secrets. Sounds rose from street, ten stories below, a symphony of snoring, cab brakes and street sweepers.

Soon, people would be waking and gearing up for another day of business as usual. How she wished she could join in that marvelous monotony but today was the last she’d see of ‘normal’ unless Lei could straighten things out.

Straighten things out. Like a rug had been skewed or a car parked catty-wampus. If what had happened in the warehouse tonight was irreversible, it would completely alter her existence.

Though she hadn’t eaten all day, something in her stomach churned at the possibility of having to live such a guarded life. As she mulled over the implications, day chased night across the horizon on stealthy paws.

The buzzer startled her and she went to the door, peering through the peephole to be sure she knew who was on the other side. Lei stood in the hall, broad shoulders filling the doorway, thick brows furrowed and dark eyes wary.

Forgetting herself for a moment, she opened the door and stepped towards him. Soon as his hand caught hers, she came to her senses and stepped beyond his reach, breaking their physical connection.

He tipped his head and eyed her. “Hang on. I remember ringing the bell but not the door opening or you coming into the hall.”

She nodded. “I’m sorry about that. It’s been going on for about seven hours now. That’s why Keckler didn’t want to wait for office hours. Thanks for coming out here in the middle of the night. You still take your coffee black?”

He followed her into the apartment, noting how the lean lines of youth had become gentle curves.

“Here,” she said, ushering him to a comfortable stool at the gray granite bar. “Let me get you a mug and then we can talk.”

“It’s good to see you,” he said into the quiet as she puttered in the kitchen.

She brought his coffee and settled on the stool beside him. “I apologize for interrupting your weekend -”

He interrupted her. “You didn’t. Lijuan left a couple years ago, and my sons are starting families of their own, so the only thing on my calendar is work engagements and deadlines.”

“Oh.” She started to touch his arm in empathy but caught herself in time.

He drank down half the cup before setting it aside. “You ready to talk now? I want to hear it from the beginning.”

She ducked her head, her auburn hair closing around her face while she collected her thoughts.

“My department was called out to search a warehouse tonight – or last night – but all we turned up were a couple squatters.”

“So, standard routine? Nothing out of the ordinary?”

“Right, until I went back to get the witness’s official statement and he didn’t remember me or talking to me or what he’d said.”

His eyes narrowed. “Like what just happened to me in the hall?”

“Yes. It happened again when my sergeant asked me to drive the squatters to the shelter. Thing is, he’d given me that same order just a couple minutes before.”

“What did those interactions have in common?”

She caught his gaze. “I touched them. I shook the squatter’s hand and took the report from my sergeant’s hands.”

“So that’s why you dropped my hand earlier? You were afraid your touch would affect my memory?”

“Exactly. And it did. You have any idea what would cause something like this?”

He shook his head. “No, nothing comes to mind. Are you aware of any memories that aren’t your own?”

“No. I thought about that too. That maybe whatever this is, maybe it absorbed those memories but I’m not conscious of anything like that.”

“Do you have internet access? I’d like to log into Keckler Corp and skim a research paper I’ve been working on with a colleague. It’s a piece for the National Alzheimer’s Association but there are a couple bits of memory specific data that I’d like to review in respect to your situation.”

She stood up. “Are you okay with this, Shen? Being here with me? You know how Keckler is. He didn’t stop to ask for particulars or think about history. He just said you’d be best suited to deal with this. But if you’re uncomfortable, I’ll -”

“Keckler is right. I’m the logical choice for this situation. He’s granted us carte blanche to the facility. Anything we need to figure this out is at our disposal. Personnel. Lab equipment. Finances.”

“He’s always been a little overzealous,” she said with a smile that didn’t touch her blue-green eyes. “Come on. The living room is just through here. My laptop is on the coffee table. You’ll have a laugh at all the memory websites I’ve pulled up in the last few hours.”

He snatched her sleeve, careful not to touch her skin. “So we’re clear, blossom, I’m very uncomfortable being here with you. I have a belly full of regret where you’re concerned. Twenty-five years worth. Never been one for weighty conversations but before this is finished, there are some things I want to say to you.”

Her eyes glittered. “I’d like that. Now let’s get you set up on the computer. If you don’t mind, I’m going to take a little catnap while you read. It’s been a long day.”

She got him settled in and curled up on the far end of the couch, watching him for a few moments as her body sank into the comfort of the soft cushions. The long untamed black hair she remembered was now close cut, the proud slope of his brow and cheeks was stronger, more defined, and the rich warm bronze skin was firm and clear but for some stubble on his chin and upper lip.

The shattered glass cylinder lay beneath a window, its wet stain seeping into the concrete. The detective was going to be a nice fit in the unit. The woman always ordered the same thing, coffee, cream, two sugars. The years have only made her more beautiful.

She came awake with a start. “Shen!”

He was across the room at her desk, writing in a notebook. “What? Are you okay? What happened?”

Taking a deep breath, she said, “I found them. The memories. They came in a dream. All of them.”

“Tell me,” he said, coming to sit beside her.

“It was like a kaleidoscope at first. I saw all these different pieces but I didn’t know how they fit. Not at first. But then they came into focus. The squatter saw a broken cylinder with some kind of dark ooze on the glass and cement around it. And the sergeant -”

He put a hand on her knee. “Wait. Go back to the liquid. Did you touch it?”

“No. Hang on. Maybe I did. While I was in the warehouse, I stepped in something slick and brushed my shoe with my hand, thinking maybe it was blood.”

“What other memories came to you?”

“That was it for the warehouse. But I know what my sergeant was thinking when I took the clipboard from him. And the girl who gave me change at the coffee shop on the way back to the precinct.”

“And what I was thinking in the hall when you opened the door?”

“You going to tell me what it was?”

“No,” she said, feeling the flush spread across her cheeks.

“It’s okay. I have a pretty good idea,” he said, standing up and smiling at her. “Let’s get your shoes and drive out to the lab. I want to start with an MRI and go from there. We’re going to get this figured out, Robyn. You have my word.”

“I’ll get my things and meet you in the kitchen,” she said, getting up and going to her room.

When she came back into the living room, he was still there. “That didn’t take you long. About five minutes, right? Five long boring minutes in which nothing monumental transpired, right?”

She shrugged into her coat. “I’m not sure what you’re getting at.”

“That I won’t lose anything that will jeopardize solving your situation by doing this,” he said, leaning in and kissing her cheek.