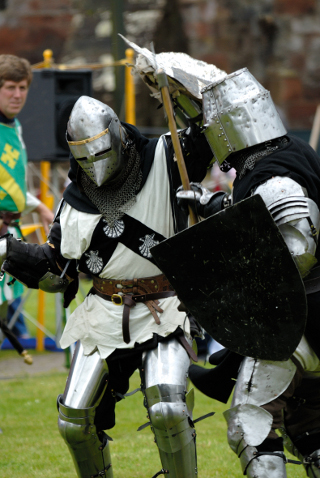 Ciel walked the halls at school feeling like a stranger in her own skin. She may not have been part of the popular crowd, but she did have friends. The secrets Ciel was keeping, the mystery she was trying to solve, and the tightrope she was traversing by attempting to determine what might help find Janice versus what would be considered a betrayal of trust left her noticeably conflicted.

Her best friend Joanie looked at her askance. “What's up with you lately, Ci? You always seem to be in a mood.”

“I'm fine.” Ciel lifted one shoulder and kept trudging along beside her petite, dark-haired friend.

Joanie was so thin and bony she appeared to be swallowed up by the huge tobacco colored backpack she always carried around. Her patience was at an end with Ciel's recent mood swings. She stopped dead in the hall, causing a number of students to swerve around them, turned her pale face Ciel's way, and gave her “the look.” It was one that Ciel recognized immediately—her “I call bullshit” look.

Ciel grabbed Joanie's arm and led her into a side hallway, out of the stream of students. She leaned against the putty metal lockers, thankful for the iciness of cold metal against her bare arm. “Okay . . . there's something, but I can't talk about it.”

“Even with your bestie?” Joanie's dark eyes exuded hurt.

“It's not my secret to tell. If I told anyone, it would be you, Jo.” Ciel shifted uncomfortably, staring down at her grungy pink Converse.

Joanie stared back at her for a moment before relenting. “I'm here if you need me.”

The warning bell sounded and Joanie's eye widened. “Shit! I can't be late for Scara's class again or I'll get detention.”

“Go then! I just have Study Hall.” Ciel waved a hand. “Catch ya later.”

After Joanie scurried off, Ciel leaned her back against the lockers and closed her eyes. She hated keeping secrets, hated lying to everyone—even if they were lies of omission. Janice had come to mean a lot to Ciel over the past few months, and she tried not to think about why she'd hidden that knowledge from Joanie and her other friends. Now that Janice was missing, she felt it would be a betrayal to start discussing their unorthodox friendship with people who probably wouldn't understand.

The final bell trilled, echoing through the empty halls. She lowered her head, letting out a slow breath. Unconsciously, Ciel started rubbing her index finger over the zodiac symbols on Janice's silver bracelet—a way of soothing her nerves. She'd taken to wearing it recently because it made her feel closer to Janice, and in some weird way, she'd hoped it might act as a talisman and bring her friend home safe.

The scuff of shoes and a harsh intake of breath caused Ciel's eyes to fly open. Professor Jeffries stood there glaring at her. “Young lady, where did you get this?” His hand wrapped around her wrist like a manacle, and he held it up between them.

“Are you simple? Where . Did. You. Get. This?” His fingers tightened, causing the bones in her wrist to grind together.

Ciel yelped and attempted to wrestle her arm out of Professor Jeffries' hold. “Let go!”

He didn't respond to her plea but simply turned and strode across the hall, dragging Ciel along with him. Ducking into an empty classroom, he slammed the door shut behind them and released Ciel's wrist. She collapsed into the first available desk and rubbed at her bruised flesh, glaring up at the handsome teacher.

“Where did you get that bracelet?” He persisted.

“You can't manhandle me like that! Teacher's aren't allowed to put their hands on students.” Ciel almost laughed out loud when the irony of her statement sank in.

Professor Jeffries slammed his palms down on the desk she was sitting in and leaned his face so close to Ciel's she could see minuscule flecks of green in his angry brown eyes. She leaned back in her chair, but there was nowhere to go, no escaping this very angry, out of control teacher.

“You can report me to the principal later. Right now, I need to know where you got the bracelet. Did you steal it?”

“No!” The anger that surged through Ciel at his insulting question overshadowed her fear, and she leaned forward until their noses were almost touching. “I'm not a thief!”

“Does it belong to you?”

Ciel was fed up with the way he was treating her. After all, he was the one who stood to lose. “You know damn well who, you pervert. Maybe I should be asking what you know!”

Professor Jeffries stumbled back from the desk and turned away, placing his forehead against the chalkboard, his shoulders slumped. “I'm not a pervert.” He sounded years older than moments before. “I don't expect you to . . . understand, but I assure you, I've been out of my mind with worry.”

“Worried the police are going to be knocking at your door?” Ciel's tone was pure acid.

“Look, I don't really know you, uh . . .” Professor Jeffries turned from the board and gestured at her uncertainly.

He tried to smile but it fell flat. “Ciel. Trust me when I tell you the police would be wasting their time talking to me. I'm anxious to find out something—anything. The waiting is . . . unbearable.”

Ciel eyed him up for a moment. His earnest gaze, openly full of pain, convinced her he was telling the truth. “I used to hold onto the bracelet for her . . . outside of school. Lately I've been wearing it because it makes me feel closer to her.”

“That's understandable, Ciel. I apologize for the way I reacted to you—it's just . . . seeing the bracelet was upsetting and stirred up all kinds of emotions.”

“No, and I have no intention of telling anyone unless it would help find her.”

“You're a good friend to her, Ciel. She doesn't have many friends like you.”

Ciel couldn't wait to be away from Professor Jeffries and their awkward encounter. It was obvious to her that the man was devastated by Janice's disappearance, but she also couldn't forget what she'd read in Janice's journal about how he broke his own rules to sneak around on school property to get off when Janice was grounded.

She hurried through the silent halls, thankful for the quiet. As she passed through the corridor that connected to Building A, she had a view of the football field below. Normally the field would be deserted at this time of day, but the football team was hosting a Medieval Times themed dance. The players were dressed up as knights, some of them play-jousting while others cheered from the sidelines.

Ciel had a sudden urge to be in the presence of the one person who knew some of what she was going through. She rushed down the next stairway and out into the brisk air. It was impossible to recognize anyone behind the shiny armor, and Ciel had no desire to make a spectacle of herself, so she perched on the bleachers and watched.

A few minutes later, one of the knights knelt down before her and bowed his head. “Good day, fair maiden.” Jason Greene's voice greeted her.

Jason flipped up the visor of his helmet and wiggled his eyebrows. “Do you need saving?”

The amused gleam in Jason's eyes was replaced by concern. “I'll meet you at your locker after school.”

“Greene! You're up!” the coach bellowed.

“Gotta go! Later.” Jason put his hand on her knee for a moment. With a wink, he flipped his visor back down and trotted out onto the field.