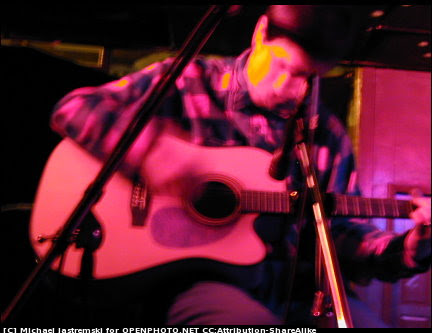 Outside, flakes of snow fell like feathers, settling over streets and sidewalks like an enveloping mantle of ivory lace. Strings of tiny white lights fell in swags over every window and doorway of the city's most elegant hotel, the historic Starre. Inside, roses, lilacs, orchids, hyacinths, narcissus, and lilies spilled from vases, bowls and flutes of crystal. Into this bower of opulence came a far lovelier flower. Poised beside a spray of peonies, she paused, drinking in the sights and smells of the historic Starre Hotel.

The maitre`d was immediately at her elbow, carving a path through the melee for her. "Miss Moira, I have your table. Please, follow me."

"Thank you, Roberto. Any news?"

He stopped at a table and held the chair for her. "Whispers and rumors. No one will tell us who bought her. You are as radiant as ever. Your father would have been proud to see you come through the door as if the Starre still belonged to you."

“She will always belong to me, Roberto, if only in my heart. I'm happy to see that the new owner adhered to the traditional white for New Year's."

He nodded. "One could say it became almost an obsession. I’ll let the staff know you’re here. Several of them want to say their goodbyes before you go."

Roberto’s departure gave way to the arrival of an old acquaintance, who drew a chair for himself at her table.

"This is a private party, George." She smiled to take the sting from the words.

Trying to fathom his meaning, she said. "Yes, but my family no longer has a claim to the Starre."

"Perhaps not, but I do. I signed the papers this morning."

"You?! You bought the Starre?"

"Then let’s pretend I've taken it up as a hobby."

"I don't know what to say. How could you have outbid me?"

"You'd never have been able to buy her outright. Your father didn't have that kind of money."

"No, but I could have brought in a partner."

"Who would you have gone to for financial backing?"

"Would you have come to me?"

"I don't know you well enough."

"We went to school together all twelve years."

"We were classmates and high school we were lab partners. That's all."

"True, but we made pretty good partners, don’t you think?”

“So we didn't argue over frogs in the biology lab. Hardly monumental.”

His stood up, his eyes narrowing until she could scarcely see the blue at all. "I realize I have a certain reputation but I expected you to remember what happened that last year of high school. I apologize for interrupting your meal."

She watched him walk away. He’d grown a beard to mask the scars of his youthful recklessness. She knew better than anyone else the history of those scars. It was not improbable that he should expect her to feel connected to him in some way. Yet in her melancholy over the loss of her father and the Starre, she treated him as if he’d been gum on her shoe.

She'd come tonight to say 'goodbye' to the Starre, to put its memory behind her and make a fresh start. Her bags were packed and she had a one-way ticket to Woodbine on the ten o’clock. train. But if she left without clearing things up with George, she’d forever taint her memories of this place and her final moments here.

She pushed through the kitchen door, nearly bumping into George. She grabbed his sleeve and said, "George … can we start over? Please?"

Roberto handed George a basket containing a pair of crystal glasses and a bottle of champagne. "Sir, perhaps you'll have use for this after all."

George pushed the kitchen door open and strode down the hall to his office. He held the door for Moira, following her with an inscrutable countenance.

They sat across from each other at a large oak desk, staring at each other until she said, "Are you going to offer me a drink?"

He scowled at her. "Do you really want one?"

"I need something to settle my nerves."

The scowl didn’t lessen but he poured a glass, which she emptied immediately and returned to his desk with a clatter.

"All right, let’s go back the frogs and the bankers. What was it you were going to tell me?" She leaned across the desk to give him her undivided attention.

"I want you as my partner in the Starre.”

The hawk-like eyes narrowed until they were mere slits. "Never mind. Go home. The storm has let up for a bit."

She moved to his side of the desk. "Talk to me. Why would you want me as a partner?”

He looked past her to the door. "Because no one knows the Starre as well as you do."

"Is that the truth?"

He kept his eyes shut and his hands formed into fists. "No one knows me like you do ... I bought the Starre to draw you to me."

It wasn’t the revelation she'd expected. Her voice dropped to a whisper. "Your need scares me."

A choking noise came from deep in his chest. "You have no idea how much it scares me ... you really should go. Now. Before it’s too late. I invited the county's most upstanding citizens to witness my successful acquisition of the Starre but when I saw you tonight, I wished we had been alone together, just you and I."

Now it was she who shielded herself against the startling blaze of his eyes.

"Go home, Moria. Go home before I taint you with my need."

Her mouth swallowed his words.

When the clock struck midnight, the Starre's guests found themselves without a host.

Roberto met their inquiries with a polite but mysterious answer: "Mr. Pallin is indisposed with a blessedly infectious case of 'auld lang syne'."