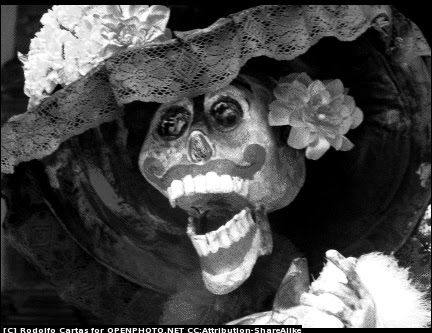 I sat at my place at the end of the bar and I signaled Jerry for my usual drink. The pub was a small place composed of a pool table, a bar with seven stools, and two booths. That night, the bar was empty save for me, Jerry, and two other fellows talking in hushed whispers at one of the booths. Behind me, tucked in the dark corner of the room, the jukebox was playing some Billie Holiday song. Her voice made the atmosphere much gloomier. Jerry poured my drink and placed the glass in front of me. I thanked him with a nod.

Jerry’s pub was dimly lit and the air smelled damp and sour. I stared hard through the bottom of my glass and to the distorted letters carved into the bar’s wooden surface. In my left jeans pocket were three pages from Joan’s diary. The dates ran from a month September of this year up to the week before her death. The stuff written in the pages were disturbing to say the least. Michael, Joan’s boyfriend, didn’t know I was able to pilfer the pages. I doubt they even knew the pages were inside their house to begin with. I’m guessing Michael was the one who took them but the kid still hadn’t returned from his trip. Michael left town after the case was ruled out as a suicide. The parents said that it was their son’s way of coping with the loss of someone he really loved. I lifted my glass and emptied it in one gulp.

Somewhere on my right, a bell rang followed by the sound of footsteps. A brunette with her hair tied into a ponytail sat on the stool besides mine.

“You going to get suspended?” Alex asked. She raised a hand to Jerry and the bartender answered with a nod.

I shook my head in reply. Alex showed a hint of a smile.

“Tom’s spoiling you,” she said. “How did you get caught anyway?”

Jerry placed the glass in front of Alex. The Billie Holiday song ended and another song took its place; one I’m not familiar with.

“The family got a dog. The thing saw me inside Michael’s room and barked its head off.” I signaled Jerry for a refill.

“What kind of dog is it?” Alex propped an elbow on the bar and rested her cheek on her palm. Her smile was wider now. She always liked to tease me.

I gave a resigned sigh and answered: “A Chihuahua.” That got a laugh out of Alex. Even Jerry allowed himself to smile as he poured my drink. “It’s baffling how a tiny thing can be so loud. Who keeps dogs indoors anyway? Aren’t they supposed to be locked outside?” I downed my glass in one swing.

Alex gave me three pats on the back. “Rick Reilly taken down by a fearsome Chihuahua. Ha!”

I looked at her and smiled. Alex had brown eyes and a Hollywood smile. By the looks of her, I figured she just came from bed. She was wearing an unzipped, gray windbreaker and beneath it was a very fit t-shirt. Alex was the only one who believed my theory that Joan didn’t commit suicide. Tom didn’t know she’s helping me with my investigation though. It was enough that I get to receive Tom’s fury. I didn’t need for Alex to get into trouble with the chief as well.

I reached into my pocket and pulled out the folded pages from Joan’s diary. Alex’s eyes dropped down to them.

“What are those?” she asked.

“Pages from Joan’s diary. I was able to take them before the damn dog woke up the whole household.”

“You found it inside Michael’s bedroom?” Alex’s smile was replaced with a look of surprise. “The boyfriend took her diary?”

“Yes and no,” I unfolded the pages and showed her Joan’s cursive handwriting. “The pages were all I found. There was no diary.”

Alex took a page and started reading. “When will Michael return?”

I gave a shrug. “The parents didn’t say.”

“They don’t know you have this?”

“Nope. Not Tom, not the parents. You’re the only one who knows.” I answered.

“According to this one, Joan says she thinks she’s being followed by someone to and from school.” Alex handed me the page and highlighted the part she talked about with her finger.

“Yeah, I’ve read it. It gets worse. Joan’s paranoia starts worsening with each passing day. Honestly? I don’t blame her,” I showed Alex the other two pages. In them, Joan talked about receiving letters she considered as “threats”.

“This is big,” Alex said. “Show these to the chief and I’m sure he’ll open up the case again. These are strong evidences showing Joan didn’t kill herself.”

I smiled and shook my head at Alex. “No, maybe in the beginning I would’ve done it. Now, I think I’ll work this to my advantage. No one knows I have these except you. Michael’s our number one suspect.”

“Problem with that is we don’t even know when Michael will return. Hell, we don’t know if he’ll even return. If he did kill Joan, it’s safe to say that he’s long gone now.”

Alex just gave me a smile. “If he does return, what next?”

“Next would be us talking to him.”

“Why am I not surprised?” Alex raised his glass and Jerry made his way towards us.

I started folding the pages of the diary. I watched Jerry pour us our drinks. In my head, I couldn’t stop but think about how Joan looked like when I found her.